The Bill for Globalism Has Arrived 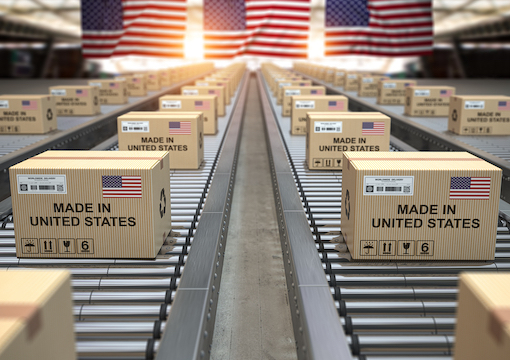 When the after-action report on the current pandemic is being prepared, I’m going to ask the guy with the notepad to write down: “China” and “globalists.”

Those words won’t be on Trump’s list. He can’t stop gushing about how much he respects China and the American companies that have outsourced jobs there. Even as China withholds vital medical supplies, he refuses to end our suicidal dependence on them.

His one slight annoyance with China is that it lied about the Wuhan virus, allowing the disease to explode across the globe.

I have a longer list of complaints, beginning with the fact that they eat bats. The resulting pandemic now raging through our country would be bad enough, but our new crisis is a shortage of medical equipment.

Too bad we shipped all our manufacturing to China! Not to worry, surely China wouldn’t disrupt the sacred “global supply chain.”

And there’s more good news! China makes more than 90% of our antibiotics, vitamin C, ibuprofen and hydrocortisone, 70% of acetaminophen, and 40% to 45% of heparin, according to The New York Times. The last American penicillin plant closed more than 15 years ago.

In early March, the Chinese government ominously warned that if China stopped exporting drugs, “the United States would sink into the hell of a novel coronavirus epidemic.”

“The globalists are making a lot of money selling us crappy products, manufactured in a culturally backward, totalitarian regime with zero quality control and absolutely no interest in the well-being of our country.”

For decades, people like Trump’s trade director Peter Navarro have warned us that something like this would happen someday. But we were condescendingly told, This is capital seeking the most efficient market! And, anyway, if China screws with us, we’ll just make it ourselves.

Really? With broken-down buildings, a dispossessed workforce and no machinery? Unfashionable working-class people in the industrial Midwest were discarded long ago. They may as well have had “obsolete” stamped on their foreheads.

But I notice that you, Wall Street, made a lot of money off of globalization.

What happened to your vaunted concern for China’s human rights violations — the Uyghurs, the Falun Gong, Tibet, child labor?

You should see my place in the Hamptons!

Even before China gave us this latest viral disease — not to be confused with H1N1, Asian flu, SARS and bird flu, also from China — one of the most frequent questions about Amazon products was: “Is this made in China?”

Obviously, a lot of consumers would happily pay more to know that something is made in the USA — or at least not in China. We’d like to support our fellow Americans. We also prefer products that don’t kill the family pet, instantly fall apart or risk being embargoed during a viral pandemic.

How about that search refinement, Amazon? “Made in USA — including constituent parts” or “0% Chinese.” I’d wager these would be more popular than the hundreds of other search parameters, such as star ratings, price, manufacturer, “prime,” calories, gluten-free and so on.

Not a chance. The globalists are making a lot of money selling us crappy products, manufactured in a culturally backward, totalitarian regime with zero quality control and absolutely no interest in the well-being of our country.

Why hasn’t Trump seized on this nightmare of the New World Order to fulfill a campaign promise and bring manufacturing home?

Where are the massive tariffs on Chinese goods and the “Buy American” programs?

How about telling Ivanka, No, you are not going to make it even more expensive for companies to hire Americans with this ridiculous Paid Family Medical Leave Act! In fact, we’re going to seek the repeal of all laws that create jobs only for trial lawyers.

Even a lot of the American companies we’re so proud of for stepping up to make masks in this crisis … are making them in China. (New York Times, March 13, 2020: “A General Motors joint venture in southwestern China built 20 of its own mask-making machines and began bulk production.”)

Nearly a month ago, The New York Times reported that Trump was “preparing an executive order, which could be released in the coming days,” requiring the federal government to buy American-made pharmaceuticals.

It apparently went into the same file as that executive order on anchor babies. We’re still waiting.

Navarro had the executive order ready to go, but then dozens of pharmaceutical companies lobbied against it, arguing that “a diverse pharmaceutical supply chain is precisely what enables the industry to respond quickly and make adjustments in its supply chain sourcing during natural emergencies and global public health crises.”

China: If we cut you off, America, you’ll be in hell.

The Big Pharma lobbyists also noted that Trump’s (idle) threat for America to make its own drugs “could run afoul of commitments it made under the WTO’s Government Procurement Agreement.”

NO! WE CAN’T VIOLATE THE WTO’S GOVERNMENT PROCUREMENT AGREEMENT!

Trump is the president of the United States. Either he is responsible for a monstrous virus arriving on our shores and destroying our economy — or China is. I expected the media to say, “Trump!” I didn’t expect Trump to agree.