The Breaking of Britain 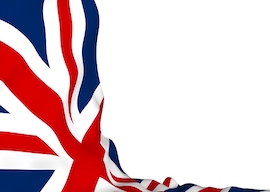 I’m no fan of English politicians. Born a Rhodesian, I consider myself a casualty, having been on the receiving end of their deceit and moral cowardice when they deemed it expedient to abandon principle, promises, and their own kith and kin, simply because the world suddenly decided that Europeans had no right to be in Africa. But watching the shambles unfold at Westminster is not something I celebrate. If the English got nothing else right, they were the absolute masters of good governance. Thanks in no small way to them, the structures of government and law they introduced to countries like the United States, Canada, Australia, Singapore, and New Zealand, to name only a few, provided the bedrock for the success of some of the most stable and prosperous nations in history. But they seem to have lost the capacity to do what they once did so brilliantly, and a once great power seems well on the way to self-inflicted anarchy.

Part of the problem may lie in the lamentable arrival of the age of the professional politicians who now dominate the country’s political landscape. Jeremy Corbyn, a Trotskyite, who is in with a good chance of forming the next government, is a charmless party hack who has never had a proper job and doesn’t seem to like his country much. John Bercow, the influential Speaker and former right-winger, who has added to the parliamentary chaos with his arbitrariness, has spent most of his adult life in politics. Diane Abbott, who seems possessed of the same mathematical acumen as Jacob Zuma, is another brain-dead political pro who may be the next Home Secretary, guarding the country’s borders and keeping the citizenry safe. The most recent vote in the Commons, which frustrates the will of a majority of over 17 million Brexiteers, has been passed thanks to last-minute support of the motion from MP Fiona Onasanya. She did so wearing the electronic ankle tag with which she was fitted on leaving Her Majesty’s Prison Bronzefield in Surrey, where she was doing time for lying to the police. The British ruling class is awash with like people who have devoted most of their lives to climbing the party ladder as an end in itself and, in the process, have lost touch with the ordinary people who elevated them in the naive hope that their MPs cared about them.

“Looking at the country’s political leadership, one is struck by an overwhelming sense of weakness and mediocrity.”

Looking at the country’s political leadership, one is struck by an overwhelming sense of weakness and mediocrity. But maybe this is democracy, in action; reflective of an aimless, docile electorate that has lost confidence in itself. This loss of self-belief and pride in country has its roots in a school system that enforces a history curriculum designed to induce a sense of shame. As Lenin famously and accurately said, “Give me just one generation of youth, and I’ll transform the whole world.” Since the end of WWII Britons have been exposed to a relentless barrage of guilt-inducing propaganda aimed at convincing them that they should be ashamed of themselves because they once ran a great empire based on pride in their systems, their military might, and their economic success. This has all been snuffed out, and this is why the sudden rise of Donald Trump across the Atlantic was greeted with a profound sense of dismay by so many Brits.

Trump is cut from a different cloth from most of them. He is not a professional politician, but a determined pragmatist who has worked and prospered in business in some tough neighborhoods. He shook the political stage because he understood the plight of his people better than the intellectuals; the media and politicians in their ivory towers, comfortably distanced from the real world on the streets. Thus, he paved his path to power with the votes of a middle class weary of being ignored by the professional politicians who have taken over the Democratic Party. Once he had gotten their attention, his masterstroke was to excite his supporters with his pugnacious patriotism, his loudly proclaimed pride in his country and its history, and his strident call to “Make America Great Again.”

Trump’s campaign horrified millions of cowed Brits and triggered outrage from the press, as well as the politicians who have done such a thoroughly good job of whipping the electorate into submission. They were and remain terrified of the prospect of the British working class being roused into the same sort of sweeping response to a similar message.

Such was the fury of the leadership, some of their politicians, including Corbyn and London mayor Sadiq Khan, have considered refusing the leader of the country’s most powerful and loyal ally entry into the U.K. One cannot help but think it is the messenger, not the message, that has enraged these people. Why else would a man be so loathed because he wants to secure his borders, cut the best trade deals for his country, grow the economy, cut taxes, reduce unemployment, make peace with North Korea, and withdraw from senseless wars?

It struck me the British attitude to Trump is comparable to their treatment of the late Rhodesian prime minister Ian Smith and the government and people he led when he defied British demands to surrender power. Harold Wilson, the Labour prime minister at the time, was essentially a communist, one of the early architects of the nanny state and an intellectual (in his eyes anyway) whose heart seemed to be in the Soviet Union rather than with the people and country he was elected to lead. He was ashamed of Britain’s colonial past, so when confronted by Smith, who was a proud product of that era, Wilson was repulsed and set out to destroy the Rhodesian leader regardless of the merits of the Rhodesian leader’s case. Alas, the British succeeded. But there is some irony in this; the British refused to grant independence to Rhodesia, and now the E.U. is doing the same thing to them. They say what goes around comes around.