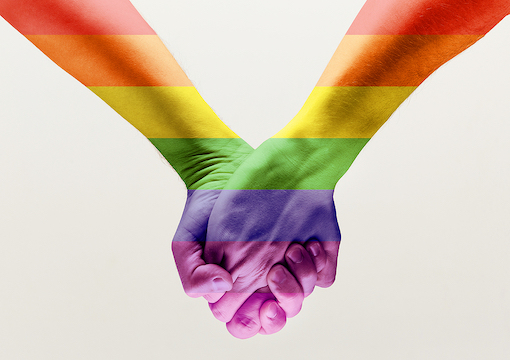 First they told us that homosexuality was normal and that there was no need for anyone to be afraid of the ramifications of treating them as normal, even though only about 2 percent of the population are homosexual—giving new meaning to the word “normal.” About 1 percent of babies are born with a heart defect, but we don’t call that normal.

Doubters said that treating as normal people as different as homosexuals would have consequences. First thing—or maybe second thing—they would want to get “married” and have their “marriages” treated as normal.

“Not a prayer,” was the general response. In 1994, according to the Associated Press, Joe Biden joined other senators in voting to “cut off federal funds to any school district that teaches acceptance of homosexuality as a lifestyle.”

Also in 2006, Biden said, “We already have a law, the Defense of Marriage Act…. Why do we need a constitutional amendment? Marriage is between a man and a woman.”

“The left is out to remake society, uprooting and tearing down all customs and standards—not just statues.”

And, during the October 2008 vice presidential debate, Biden said that “[neither] Barack Obama nor I support redefining from a civil side what constitutes marriage.”

But in 2010 Obama was already becoming woke: “And I think that it [same-sex marriage] is an issue that I wrestle with and think about, because I have a whole host of friends who are in gay partnerships. I have staff members who are in committed, monogamous relationships, who are raising children, who are wonderful parents.”

Now, it’s true that people in public life tend to have lots of friends, but that Obama had “a whole host” of friends who were homosexuals (when only 2 percent of the population are) seems unlikely—although many people, and perhaps most, “who are in gay partnerships” may be Democrats.

And “I have staff members who are in committed, monogamous relationships, who are raising children, who are wonderful parents” cries out for a reporter to ask, “Name three.”

Then in May 2012 Obama said, “At a certain point I’ve just concluded that—for me personally, it is important for me to go ahead and affirm that—I think same-sex couples should be able to get married.” And vote Democrat.

Now the question is, what’s next? Or perhaps, what’s left? The left is out to remake society, uprooting and tearing down all customs and standards—not just statues.

What’s next? What’s wrong, really, with having children watch pornography? It’s everywhere, and there’s essentially no effort to eliminate it. How do we know that? Because there is no serious effort by Republicans to stop it.

And if children can watch it, why shouldn’t they do it? What’s the effective difference?

And what’s wrong, really, with sex with children, so long as there’s an adult in the room?

Please. The bus never stops. Unless someone stops it.

Would Joe Biden stop it? C’mon, man: You know he wouldn’t. Not if there were a single vote to be gained by not stopping it. We know now (though it was never really in doubt) that after decades in public life, Joe Biden hasn’t one single principle he wouldn’t give up for a vote.

What prude would object and risk losing his job at Uggs, Amazon, Gatorade, Microsoft, Warner Records, Intel, or Nabisco (all of which pledged money to the Black Lives Matter Global Network Foundation)?

Not only would Biden not stop child pornography, he’d probably go along with criminalizing any effort to stop it. People who object to polyamorous relationships, and to child sex, will be accused of hate crimes, like the people who objected to painting the streets with big yellow Black Lives Matter signs.

It’s just a matter of time. The bus never stops.

Unless someone stops it.