The Case of the Missing Archive 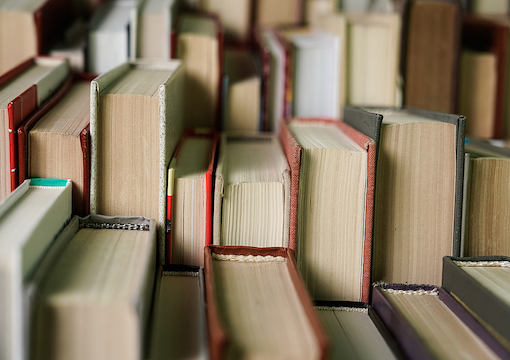 Some people come to hate what their profession suggests that they should love: Many librarians hate books, for example, at least if their way of treating them is any indication. Not a few would like to dispense with books altogether, replacing them by computer terminals so that they no longer have to deal with fatuous requests by scholars and would-be scholars for obscure volumes hidden in the back shelves.

When librarians sell off books that they deem to be surplus to requirements—libraries no longer being repositories of knowledge but more like fast-food outlets, so that something that has not been in demand for a certain length of time is struck off the menu—they take their revenge on the hated, tyrannous objects by defacing them with marker pens, in the process reducing their market value so that the library will have fewer funds with which to replace them by other hateful books. You can just imagine the joy of Quebecois librarians as 30,000 children’s books, deemed poisonous to children’s minds, were cast onto bonfires, the ashes used to fertilize newly planted trees in order to save the planet.

Book burning, which Heine warned led eventually to the incineration of people, is essentially futile, at least in the long run, for it is rarely that every last copy of any book can be burnt; the burnt book is able to take its revenge by reappearing at some time in the future. Far worse than book burning, then, is the loss of an archive that contains unique and original documents. This is what happened, or was done, to an archive that a friend of mine, Jillian Becker, sold to Leicester University.

Having published novels with success about her native South Africa, she researched and wrote a world best-seller about the Baader-Meinhof gang called Hitler’s Children. She then researched and published a book about the Palestine Liberation Organization. Not surprisingly, she was now fascinated (and appalled) by the phenomenon of terrorism and set up an Institute for the Study of Terrorism in London. I visited it several times in its unmarked basement offices. At the time, I enjoyed the slightly cloak-and-dagger atmosphere of this. I was still a young man.

For the six years of its existence, the Institute researched terrorism around the world, often at some risk to its staff. It was consulted both by governments and by companies anxious to reduce their risks, and it published booklets on such movements as the Tamil Tigers and Sendero Luminoso. Newspapers and other media called on it for confidential and reliable information. With the end of the Cold War, however, its funding dried up. The Institute had discovered that much of the terrorism in Europe was encouraged and funded by the Soviet Union, from which the funders drew that natural but mistaken corollary that with the downfall of the latter, the problem of terrorism was more or less solved. Jillian Becker knew otherwise but was unable to persuade her donors that the Islamists would take over from where the Soviets had left off.

The Institute was therefore wound up, but in its six years of active existence it had accumulated a valuable archive that it was imperative to preserve. It contained unique documents retrieved from terrorist headquarters, interviews with former terrorists who had repented of their activities, confessions, photographs of crime scenes, names and biographies of perpetrators, and the like. In 1993, the Institute sold the archive to the University of Leicester for safekeeping.

In 2020, a political sympathizer wrote a profile of Jillian Becker on her own organization’s website. Not surprisingly, she mentioned the Institute and its archive. Curious to find out for herself what the archive contained, she contacted the university. To her surprise (and also to Mrs. Becker’s), no trace of the archive could be found, not even after an extensive search, although it had previously been assiduously filed and probably catalogued. It had vanished into thin air. The building in which it had originally been housed was no longer used for such purposes; but where the archive had been transferred to—if it still existed at all—was a mystery. All that remained of the Institute’s collections were the books on terrorism that it had collected or published. They had been absorbed into the university’s general library. But they were obviously the least valuable part of what the university had bought, since the books were not unique.

As with many events, the disappearance of the archive has several possible explanations. It is still possible that it will turn up one day, that it lies moldering in a basement of one of the university’s many buildings. It is more probable, however, that it has disappeared for good and will never be retrieved. If this is the case, the question naturally arises as to how an entire archive, bought by a university with public money, can go missing.

Ignorance and incompetence are always a possible explanation, of course. I am reminded of those cleaners of art galleries who, mistaking modern exhibits for mere rubbish, clear them out and throw them away. In like fashion, cleaners might have thought no one would really want these dusty old papers and photographs that were cluttering up a space, and therefore disposed of them accordingly.

This, however, seems very unlikely. It is true that the guardians of our heritage are often extremely casual about its preservation: I have in my own small collections several unique items that seem to me of historical interest and that were sold off from public institutions, a few of them even bequeathed to those institutions by benefactors in the belief that they would keep them forever. And certainly I know of cases of institutions disembarrassing themselves of valuable books by merely throwing them away because the task of selling them was too arduous.

Nevertheless, it is difficult to imagine a whole archive being thrown away thoughtlessly; it is much easier to imagine it being thrown away, or rather destroyed, thoughtfully, that is to say in a deliberate and planned fashion. If planned, though, it must have been carried out surreptitiously, probably with the assistance or at least the blessing of accomplices. Not being an archivist, I do not know how often whole archives are lost from university libraries; I would certainly hope and imagine that it was not often. Assuming that such losses are very infrequent, then, this was a targeted disappearance. But by whom and to what end? It is easy to put forward hypotheses, but none that is reassuring.