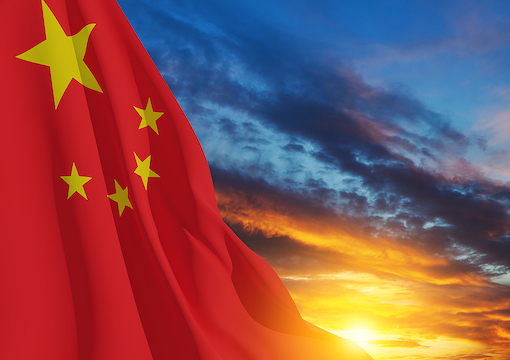 The LNG king, Peter Livanos, an old good friend, has sent me a very informative write-up about China. Peter knows as much as anyone what’s cooking behind what used to be known as the Bamboo Curtain, and he’s clued me in about China when I’ve been wrong in the past. But for any of you unfamiliar with shipping terms, LNG stands for liquid natural gas, something that costs a hell of a lot to carry over water. As a result, the ships that carry LNG cost even more than a hell of a lot to construct. I remember my father talking about building an LNG carrier, back then a new concept, but the cost was prohibitive. Poor Dad died rich soon after, and I only stayed in shipping for another ten years. I got out just before a market slide because of differences with a member of my family, and when shipowner friends who knew I wasn’t interested in the business asked how I happened to time my departure with the market plunge so well, I’d tell them, “Gianni Agnelli and Jimmy Goldsmith warned me.” (Gianni and Jimmy knew as much about shipping as I did. Close to zero.)

Peter Livanos is known for not being shy where business is concerned. In fact, he’s brave as hell and not afraid to risk, hence he’s now King. I couldn’t be happier, but this is supposed to be about China, where the business elite is very, very unhappy, and I will tell you about the man who is making them so unhappy. No, it’s not Xi, but Wang, a hell of a fellow, it seems, because he counts on spirituality before materialism, and collectivism before individualism.

“China went from an economy of production to one of consumption over the past thirty years or so.”

China went from an economy of production to one of consumption over the past thirty years or so. Deng’s opening to the West had the bespectacled deep thinker Wang worried and warning against it. As a writer and intellectual, he insisted that China should create her own core values. As a 30-year-old, Wang had done a Tocqueville of 200 years ago and traveled all over the good old US of A. He wrote a book about it, America Against America, an eye-opener that questioned how a country could function with out-of-control drug crime in black neighborhoods, homeless camps in Washington, D.C., and a society of different races and creeds that distrusted one another.

“The real cell of society in America is the individual,” he wrote, “because the family has disintegrated.” Wang Huning is at present the single most influential “brain” in China. He sees as few people as possible and never speaks to journalists. He is a member of the CCP’s seven-man Politburo Standing Committee and the one Xi listens to. Last month China’s leader established near absolute power and made it clear that security will trump the economy as the nation’s priority. The business elite howled and is howling. For so long it was assumed that while the business class made moola, it would turn a blind eye to how power was used. No longer.

The great China expert Taki agrees. China’s stocks are plunging and its currency falling in value, but Wang’s philosophy is that of a very long view. He sees America as a false beacon of hope for the world, a place of rural and urban decay where powerful tech monopolies crush competition; a region of homelessness, addiction, cultural chaos, and spiritual malaise. He forecasts that a bigger role for the markets and a smaller one for the state will make China another USA. The urban and rural expert Taki agrees, but there’s a catch. The part-time capitalist Chinese system has now surpassed the U.S. in income differences between rich and poor. Many of the problems Wang railed against of America are now ravaging China. Most important of all, China is, as I write, one of the most economically unequal societies on earth. In fact, it’s worse than America.

Hence the reason Wang’s voice is as powerful as it is at present. As a result, the all-encompassing commercialization of Chinese society is dead as a doornail. Is it possible that both Wang and Taki are wrong? Only a wanker would bet against us, but there are a hell of a lot of those around. Xi left the private sector alone while he was consolidating his power within the party. During his second term he began to rein it in ever so slightly. Now in his third term, he’s gone to being Mao. A very tight leash on free enterprise is the order of the day, and already lots of businessmen and businesswomen have gone to early retirement.

Many of them are planning to go abroad, so if you run into some of them do not—I repeat, do not—mistake them for laundry people and hand them your shirts to be pressed. Seriously, I am of two minds. I respect Wang’s vision and absolute rejection of America as what a future China should aspire to become. On the other hand, I like my freedoms and do not wish to be told by some party hack what to do and how to act. It is a terrible choice to have to make, like choosing between Betty Grable and Ava Gardner, or Lily James and Keira Knightley. So for the moment I think I’ll stick to crappy old Noo Yawk.