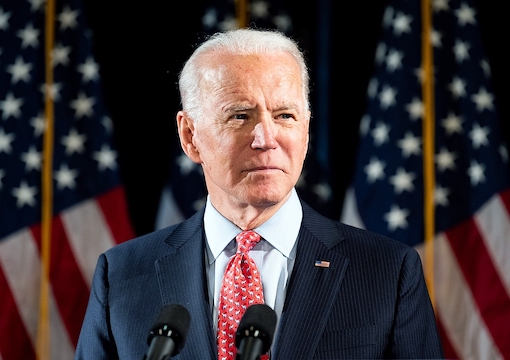 There is mounting evidence that Democrat presidential nominee Joe Biden was involved in the family influence-peddling racket, including with China. Tony Bobulinski, a former business partner of Hunter Biden, confirmed in a statement Wednesday night that Joe Biden was in on a lucrative business deal between the Biden family and a Chinese Communist energy firm. The Bobulinski statement reads in part:

I am the CEO of Sinohawk Holdings which was a partnership between the Chinese operating through CEFC/Chairman Ye and the Biden family. I was brought into the company to be the CEO by James Gilliar and Hunter Biden. The reference to “the Big Guy” in the much publicized May 13, 2017 email is in fact a reference to Joe Biden. The other “JB” referenced in that email is Jim Biden, Joe’s brother.

Hunter Biden called his dad “the Big Guy” or “my Chairman,” and frequently referenced asking him for his sign-off or advice on various potential deals that we were discussing. I’ve seen Vice President Biden saying he never talked to Hunter about his business. I’ve seen firsthand that that’s not true, because it wasn’t just Hunter’s business, they said they were putting the Biden family name and its legacy on the line.

I realized the Chinese were not really focused on a healthy financial [return on investment]. They were looking at this as a political or influence investment….

The Biden family aggressively leveraged the Biden family name to make millions of dollars from foreign entities even though some were from communist controlled China.

Nevertheless, the liberal media and the Democrats have largely ignored the story.

Not to say that it hasn’t afforded occasions for their characteristic paranoia about Russian interference.

“The origins of this whole smear are from the Kremlin and the president is only too happy to have Kremlin help in trying to amplify it,” Rep. Adam Schiff (D-Calif.), chairman of the House Intelligence Committee, said on CNN.

Director of National Intelligence John Ratcliffe issued a rebuke: “Hunter Biden’s laptop is not part of some Russian disinformation campaign, and I think it’s clear the American people know that,” Ratcliffe said during an appearance on Fox Business’ Mornings With Maria.

“It goes without saying that if the Trump family were faced with such allegations, the liberal media would not hesitate to cover them.”

“It’s funny that some of the people that complained the most about intelligence being politicized are the ones politicizing intelligence and unfortunately in this case, it is Adam Schiff, the chairman of the House Intelligence Committee, who as you pointed out on Friday said that the intelligence community believes that Hunter Biden’s laptop and e-mails on it are part of some Russian disinformation campaign,” Ratcliffe said.

“Let me be clear, the intelligence community doesn’t believe that because there is no intelligence that supports that and we shared no intelligence with Chairman Schiff or any other member of Congress that Hunter Biden’s laptop is part of some Russian disinformation campaign. It’s simply not true,” Ratcliffe continued.

Members of the Biden family allegedly had a specific system for distributing the money they earned through influence peddling; according to a text on Hunter Biden’s hard drive, members of the Biden family were expected to give half of their profits to “pop”—a.k.a. Joe Biden. “I love you all but I don’t receive any respect, and that’s fine, I guess,” Hunter wrote to Joe Biden’s granddaughter Naomi Biden. “Works for you, apparently. I hope you all can do what I did and pay for everything for this entire family for thirty years. It’s really hard, but don’t worry, unlike pop, I won’t make you give me half your salary.”

A text message from May of 2017 obtained by the Federalist shows a Hunter Biden business partner warning Tony Bobulinski not to use “Joe’s” name in communications unless they are “face to face.”

“I know you know that, but they are paranoid,” James Gilliar said in the text.

It goes without saying that if the Trump family were faced with such allegations, the liberal media would not hesitate to cover them.

The story of the Biden family’s corruption did get a mention in a weekly newsletter from the public editor at National Public Radio: “Carolyn Abbott writes: Someone please explain why NPR has apparently not reported on the Joe Biden, Hunter Biden story in the last week or so that Joe did know about Hunter’s business connections in Europe that Joe had previously denied having knowledge?”

“We don’t want to waste our time on stories that are not really stories, and we don’t want to waste the listeners’ and readers’ time on stories that are just pure distractions,” NPR managing editor for news Terence Samuel told me. “And quite frankly, that’s where we ended up, this was…a politically driven event and we decided to treat it that way.”

Like Schiff, NPR apparently finds that anything negative concerning their preferred political candidate can easily be dismissed or attributed to political partisanship. So it is with the current left, the party of lies and delusions for which Biden is such a fitting leader.

“Joe Biden’s a crook—has been for years, and why are you so surprised?” asked Rudy Giuliani on a recent podcast. “The man starts off by plagiarizing in law school. Cheats his way through law school, plagiarizes the first time he runs for Senate. Is it possible he’s a fundamentally dishonest man? Well, it turns out he is.”