The Dangers of Appeasement 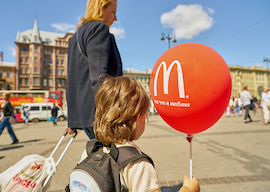 With that almost infallible instinct for making the wrong decision possessed by the British government, headed by nullity-made-flesh Theresa May, Britain has refused the request of Asia Bibi for asylum. If ever there were a person who needed and deserved asylum, it was she. Having spent eight years in prison in Pakistan under sentence of death for supposed blasphemy, her sentence was overturned by that country’s highest court; but howling mobs of thousands of nasty bearded fools have demanded that she should be hanged nonetheless because she is a Christian who refuses to convert. The threats of the bearded fools are obviously to be taken seriously: They do not recognize any legal authority but their own.

The reason given for Britain’s pusillanimous refusal is that granting asylum to her might have offended the sensibilities of the Muslims in Britain and caused unrest among them. This is far from certain, in fact it is an implicit insult to those Muslims; but if it were to occur, it should have been faced down. There is an important matter of principle at stake, which is precisely why the British government has failed the test with such spectacular cowardice. Its conduct in this matter has been far, far worse than was Chamberlain’s at Munich. Chamberlain was a decent man who was trying to avert a war, whose horrors he understood, for which his country was unprepared; the current British government has proved decisively once again that it will not lift a finger to defend any freedom and is willing to surrender to violence even before it is offered. The decision fills me with disgust and a feeling of impotent rage.

But of course it is only yet another example of the deep moral cowardice that infects many countries in the Western world—although Britain is in the vanguard of the rush to surrender. There, a prisoner guilty of a murder of uncommon depravity and viciousness has decided that he would like to change sex, and—although he has already assaulted women in the women’s prison to which he has been removed—he is to receive expensive surgery at taxpayers’ expense to enable him to fulfill his dream. In addition to the medical costs will be added those of security. The only escapes from imprisonment that I observed during fifteen years as a prison doctor were from hospital.

“What is the immediate cause of this cowardice? It is fear of a small but vocal and monomaniacal lobby.”

At one time, prisoners used to change religion, sometimes with accompanying changes of diet, as a means of occupying their time and irritating or embarrassing the prison authorities, which much preferred stability to any kind of change. But increasingly prisoners are changing sex to achieve the same ends. No one in authority has sufficient courage to say no to them.

What is the immediate cause of this cowardice? It is fear of a small but vocal and monomaniacal lobby. Rather than having to think and then face it down with arguments, surrender has been immediate and unconditional. What argument can now be advanced against a prisoner to have his leg amputated who suffers from the strange sexual condition in which he can achieve sexual satisfaction only if he has less than the normal complement of limbs? Why should he be discriminated against just because he is a vicious murderer? The reason is that (as yet) there is no vocal lobby agitating in his “favor,” though there might soon be.

In fact, I am quite liberal in these matters; if people desire to mutilate themselves in these distasteful ways, I would let them—provided that they did so at their own expense. If the murderer I have mentioned were able to gather the funds either from his own resources or from those of his sympathizers, I would let him go ahead, with the proviso that the financial liability would last for the duration of his sentence so that any costs arising would accrue to him or to his supporters. But who nowadays would dare to offer such a “discriminatory” solution? No one in authority, evidently.

Meanwhile, across the Atlantic, a man in Quebec is suing the McDonald’s chain because he claims that it advertised to his children illegally when he took them to one of its canteens (I cannot bring myself to call them restaurants). I hold no brief for McDonald’s: I deplore their disgusting products and despise the childish and garish decor of their canteens. They detract from the quality of our civilization. But the man in question did not have to take his children to any of the chain’s establishments, and there has been a strange and sinister reversal of authority if it is claimed (as, in fact, this man has claimed) that parents cannot resist their children’s pressure to go where they desire to be taken.

Indeed, the very fact that children are so strongly attracted to somewhere in such appallingly bad taste as a McDonald’s canteen is one of the strongest reasons for not taking them to one; for how are they to develop the habits of discrimination if their immediate desires are to be fulfilled at every turn? How are they to be taught to eat in an adult and civilized way? It is therefore the bounden duty of a parent to deny his child the cheap plastic rubbish on offer in McDonald’s canteens, and rather than being allowed to sue the company, he should be in the dock—at least morally—for corrupting his own children through his own cowardice, weakness, and inability to say no to them.

I recall a prisoner who asked me whether he could have more Valium (which is hard currency in prison). When I said no, he said, “No? What to do mean, no?” “I’m very sorry,” I said, “but I’m not sure that I can put it any simpler.” Of course, I then explained the reasons for my decision, but my decision stood.

No? What do you mean, no? These were the words of a man who had intimidated his way through life to obtain small immediate advantages to the detriment of his own long-term prospects. And in a culture in which denial of desires is increasingly rare, it is no surprise that politicians should be spineless (except in the pursuit of office) and Asia Bibi should find no asylum.