The Day of the Pillow 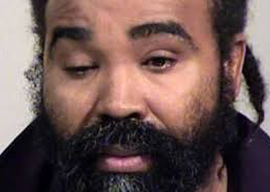 Imagine you’re an elderly white patient in a hospital or nursing home depending on the kindness of others for your very survival.

Then imagine that you’re mostly left at the mercy of young black nurses who’ve been indoctrinated from birth to blame white people for all their misery.

On top of all that, imagine there’s a cohort of young white people who have been brainwashed into blaming you personally for the fact that your generation had it easier than theirs does. Imagine that a segment of those young white people sadistically wishes for the young black nurses to smother you to death as righteous retribution for the fact that you were so selfish.

As far as you can tell, you worked yourself nearly to death, obeyed the law, paid taxes expecting that at least some of them would go toward your healthcare in old age, and had zero personal say in how black people were treated historically and how the modern economy was globalized and technology rendered most workers obsolete. You never voted for mass immigration, a 20-trillion-dollar debt, or the ceaseless defamation of your own skin color and culture. You were just about as selfish and/or selfless as anyone from any other generation would be in your shoes.

But despite all this, you learn that everyone places the blame squarely on your shoulders and thinks it would be an act of supreme righteousness if you and everyone else from your corrupt and wicked generation were to be murdered while you scream helplessly. Would any of this make you feel sympathetic toward the young, whether black or white? Or would it impel you to fritter away every last cent of your savings and celebrate the fact that you won’t be around when the economy collapses and the young whites and blacks are eating each other alive?

“Imagine you’re an elderly white patient in a hospital or nursing home depending on the kindness of others for your very survival.”

Three black female nurses in North Carolina—Marilyn McKey, Tonacia Tyson and Taneshia Jordan—are charged with assaulting an individual with a disability in connection with allegedly running a fight club among dementia patients. According to a state report, it resulted “in one resident being strangled with her face turning red…while staff recorded and shared the video through social media.”

If her face is able to turn red, I’ll assume the victim was white.

One video shows a nurse urging a dementia patient to punch another patient in the face. A separate video allegedly shows one of the nurses assaulting the patients. The nurses reportedly shared the videos with one another and were intrepid enough to post them on social media.

In Georgia, another trio of black female nurses are facing murder charges for a 2014 incident captured on videotape that shows James Dempsey, an 89-year-0ld white WWII veteran, gasping for air and begging nurses for help six times before he lost consciousness—while the nurses are shown laughing at his predicament. In a sworn deposition, nurse Wanda Nuckles originally claimed that she performed CPR on Dempsey. But when shown video from a surveillance camera that Dempsey’s family had surreptitiously placed in his room, Nuckles was forced to concede that she never even attempted to revive him, but that it was an “honest mistake.”

Dempsey’s family had placed the camera in his room after he complained of his treatment, and the entire murder trial now hinges on whether it’s legal to use evidence from a surreptitiously placed camera.

In late 2017, an Indiana hospital announced that nurse Taiyesha Baker was no longer working for them, but they declined to announce whether or not she had been fired. They confirmed that she had, however, made “several troubling posts on social media,” including the following tweet:

Every white woman raises a detriment to society when they raise a son. Someone with the HIGHEST propensity to be a terrorist, rapist, racist, killer, and domestic violence all star. Historically every son you had should be sacrificed to the wolves, Bitch.

In Phoenix, a black male nurse has been charged with sexual assault for impregnating a female patient who’d allegedly been in a vegetative state for 14 years. She gave birth at the nursing home, and DNA matched that of licensed practical nurse Nathan Sutherland.

In Florida, 39-year-old black female nurse Guettie Belizaire has been arrested for raping an elderly patient with dementia after Belizaire was found naked in the man’s room. “She jumped on me and raped me,” the man, who was found “confused and distraught” in bed, told authorities. A rape kit found evidence of sexual assault.

And yet there is a segment of young whites—hopefully small but intensely vocal—who claim to be pro-white, pro-tradition, and in most cases pro-Christian—who say the old white fuckers deserve it. The term “day of the rope” usually denotes when all the guilty parties hang from lampposts. These young Caucasians seem to have a very selective interpretation of Christianity—for example, they’ve discarded everything about how you’re supposed to respect your elders—and have coopted “day of the rope” and turned it into “day of the pillow.” For them, justice will come when all the rotten and selfish white baby boomers who left their descendants high and dry are smothered to death by vengeful black nurses.

I’ve written before about “generational astrology” and how a recent emergence of rabid anti-boomer rhetoric is likely a conscious tactic by elites to divide potential political coalitions along generational lines. I’ve even debated a few of the most promiment peddlers of the “boomer meme.” At the risk of generational stereotyping myself, I will assume one would have to be intensely naïve and inexperienced to think that the common masses of any given generation have any influence whatsoever over the course of history. Except for a very few heroic outliers, people don’t shape circumstances; circumstances shape people. To think that your average white 20-year-old, if raised in the prosperity that the Baby Boom generation enjoyed, would be any less fat and lazy than the boomers were is to misunderstand human nature. It’s also blindly and nauseatingly self-righteous.

As someone born at the tail end of the Baby Boom, I remember when “ageism” was considered a cultural sin along with racism and all the rest. But now I notice that across the spectrum, young people gleefully express hatred toward older people. My hunch was that this was being permitted for one reason alone—because the government and the elites that run it looted all the money that the boomers put into Social Security, so now they’re whipping up the younger masses with resentment for having to foot the medical costs of keeping the boomers alive.

Mind you, the boomers paid into Social Security thinking it would be returned to them when they retired. They didn’t realize it had all been a scam from the start. The true culprits here are the government and those who looted the Social Security coffers. But don’t try telling that to some 20-year-old “traditionalist Christian” who hates older white people more than they hate anyone else.

Some rancid tidbits of Boomer Hate I found online:

My only comfort is that boomers will die alone in a retirement home surrounded by foreigners who don’t speak a lick of english [sic]. Kind of fitting really since they were the first generation to be so self absorbed [sic] they shoved their parents into homes because they couldn’t contain their self indulgence [sic] for the final few years of their parents [sic] lives.

What we have to do is make it so they think everything is okay but as soon as they get sick they die.

Boomers who think they are getting anything other than The Day Of The Pillow are delusional….If Boomers really think we’re going to bankrupt the developed world to give them their last 6 months in intensive care, they are delusional. The generation that brought capitalism into the 21st Century and destroyed the planet isn’t going to get one last dig in to the rest of humanity by destroying the healthcare systems of the developed world.

It isn’t just that Boomers are old. They’re also morally defective. Never in the history of the West has there been a generation that was happy to sacrifice the wellbeing of their children for their own comfort…. However, there is historical precedent for dealing with situations like this.

It’s clearly time to bring back the Grey Panthers.

And while we’re at it, let’s do a revenge movie in the Death Wish/Joker vein where someone attempts to smother an elderly white hospital patient to death with a pillow, only to have their brains splattered all over the hospital walls.

Keep shit-talking the Boomers, and the last thing you might hear in your short life is a loud BOOM!