The Day the Asians Turned White 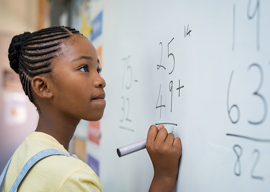 In the Asian-Pacific community, the concept of “whitening” is hugely controversial. Double eyelid surgery, nose jobs, etc. But “whitening” can be both literal and figurative. And what I’d like to explore this week is figurative whitening. Asians not adopting whiter physical features, but whiter attitudes. And while it might be said that Asians who choose to physically whiten are doing so with the idea that they’re bettering themselves in the long run, those who decide to figuratively whiten are embarking on a dysgenic path of self-destruction by embracing the absolute worst features of today’s whites.

I’ll sum up Roseann Liu’s essay as briefly as I can: “Asian-Americans, you’re doing too well. For fuck’s sake, stop excelling in education, you’re making the blacks and browns look bad. It’s time to surrender some of that academic achievement and give up your seat at the table.”

Literally, the polar opposite of tiger momming.

In her view, “Asian, black and Latino solidarity should come first,” ahead of “hard work and merit” on the part of Asian students. Now, typically, when a leftist is arguing for affirmative-action-type nonsense, they argue that there is no such thing as merit, that there is no meritocracy. Whites get what they have because of privilege, nepotism, and oppression. But Liu can’t make that case for American Asians. She’s forced to admit that merit does exist, and therefore she’s forced to be uncharacteristically honest (for a leftist academic) and tell Asian students that their hard work and merit, which are real, must be put aside in the name of helping people of color who eschew such hard work and merit.

“The Asian-American community is too healthy at the moment to entertain the notion of kneecapping their own kids in the name of racial guilt.”

Of course, this presents certain challenges for Liu as a writer. How do you at the same time praise the hard work and merit of Asian students while also telling them to knock it off in favor of nonwhite kids who aren’t embracing the same effective work habits? Like a graduate of the Peking Opera School, Liu is a skilled contortionist. She starts off by telling Asian students that black and Latino underachievement is the fault of something called “stereotype threat.” Basically, that’s a piece of excrement (see, I didn’t say anal goo) currently being peddled by leftist academic hacks. The concept is this: DeJaunté in Detroit goes to take a school entrance exam. Aware of the negative stereotypes surrounding black students and test-taking, DeJaunté realizes that should he perform poorly on the test, he’ll help perpetuate that stereotype. So, rather than performing well on the test and defying the stereotype, he performs poorly on the test (subconsciously) on purpose, so that he reinforces the stereotype because of his fear of not reinforcing the stereotype.

Yes, that was cooked up by people with PhDs. And as much as I hate to admit it, I think those morons probably believe it.

Essentially, Liu tells Asian kids that all of that “we expect you to be smart and do well” tiger-rearing stuff they got from their parents has given them privileges that black and brown kids don’t have (the “privilege” of high expectations based on past performance). Also, the evil whites hate all of us—black, brown, yella—but we yellas have just been better at overcoming that hate, for reasons left unexplained.

Asian-American students who feel cheated by policies that seek to increase the number of black and Latino students at selective schools would do well to remember that the road to their successes and opportunities was paved by black civil rights leaders. Jim Crow laws that sought to maintain white supremacy primarily targeted African Americans, but Asian Americans were also discriminated against and subject to inferior segregated schools. The civil rights movement led to the expansion of rights for Asian Americans as well as for black citizens.

Basically, she’s saying that Asian students owe their success to blacks. If Rosa Parks hadn’t warmed her ass on that bus seat, Chinese kids would suck at math (do you know how much easier writing this column would be if I could just spout that kind of master-craftsman-level bullshit without anybody calling me out on it?). So when you Asian kids surrender your place in good schools to low-performing coloreds, you’re actually repaying a debt. The NAACP is why you excel at STEM, so to thank them, give up your seat at the table to a black kid who for some reason didn’t benefit from the NAACP’s magical ability to make Asian kids good at science and technology (I mean, honestly…you’d think the NAACP would have expended at least some of that magic on the racial group they’re named for).

And Latinos? Well, for heaven’s sake, why do you think Cesar Chavez unionized the farmworkers? It was so that Korean kids could do well on standardized tests. I mean, that’s just basic history, folks.

See, that’s why Liu’s piece is so schizophrenic. She admits that yes, Asian kids do work hard. But then she tries to spin a yarn about how, without blacks, those same kids would, for some reason, be less apt.

“Many Asian Americans have greater opportunities today because of the work of black civil rights leaders in dismantling white power structures,” Liu writes. And she proclaims that it’s time for Asian kids to “acknowledge this debt.” There’s certainly no question that “white power structures” have been under attack for the past seventy years, but Liu, a self-described “critical thinker,” fails to explain why high-achieving nonwhites like Asians and Jews have benefited from that dismantling, but blacks and Latinos have not.

Liu sabotages her own thesis by providing the example of Virginia’s vaunted Thomas Jefferson High School for Science and Technology. That school is 63% Asian, 1% black, 2% Latino, and 26% white, in a school district that is 19.5% Asian, 10% black, 25% Latino, and 39% white. Those are Liu’s own figures. But Ms. “critical thinker” neglects to explain why, if it’s all about the “white power structure,” white kids are so underrepresented at the school. That makes no sense if her thesis is correct. It should be whites with the highest percentage of students. The actual figures only make sense if things like hard work, merit, culture, and (hoo boy) IQ actually matter.

I emailed Professor Liu repeatedly, respectfully telling her that I wanted to be better able to explain these apparent anomalies to my readers. She refused to respond, because critical thinking works best when you don’t have to think critically about your own nonsensical horseshit. I’d love to have presented a spirited back-and-forth with the good professor, but sadly, it’s not to be. So I’ll close with this point:

Asians, welcome to finally being white. See, you may think that being white means thin straight noses, light hair, big eyes, and Ray Stevens albums (yes, every white person has at least one). But not anymore. Today, being white is defined by one dominant factor: having leaders in politics and academia who actively work against their own community’s best interests. That’s being white in 2018. “You have too much pie, and DeJaunté and Ramiro don’t have enough. Therefore, you must have stolen their pie. Give it back!”

And now that you have an intellectual leader like Roseann Liu telling you the same thing, well, Asians, welcome to the fish fry!

To be clear, Liu is not going to succeed. Not initially, at least. The Asian-American community is too healthy at the moment to entertain the notion of kneecapping their own kids in the name of racial guilt. And I would assume that the average Asian-American parent would bristle at the suggestion that their success—and the successes of their children—is due to a bunch of black people sitting at a Southern diner counter in 1960. Liu, as a professional ideologue, has no problem blinding herself to reality. But the average Chinese or Japanese Californian knows full well that there were thriving Chinese and Japanese communities in this state long before Martin Luther King Jr. was even born. Hell, prior to Pearl Harbor, the Issei held a dominant position in California agriculture, in a way that was strikingly disproportionate to their percentage of the population (go ahead, credit Rosa Parks for that, Professor Liu).

Not helping Liu’s cause is the current war by blacks against Asian-owned businesses. You may have read about the infamous “salon brawl,” or the one after that, and all the anti-Asian articles that resulted in the black press. And last month, as a Tulsa black woman was visiting yet another Asian-owned salon, her child shoplifted a keychain. When the owner dared to object, the woman took the keychain from her kid and threw it at the guy (doesn’t he know about “the debt”? Without Medgar Evers, he wouldn’t even have a salon!), and when he followed her out, she punched his collarbone (she admits to throwing the keychain, but claims that the “punch” was merely a “bye Felicia” gesture gone bad). So the owner decked her.

He’s now facing charges, and Yahoo News ran a piece on the incident featuring a video titled “Attn. Black Women: STOP SUPPORTING asians [sic].” After I inquired with Yahoo about the title, it was changed to “STOP SUPPORTING Anti-Black Asians,” but I took a screenshot of the original.

Enjoy the perks of being white, my Asian friends! Black folks get to steal from you, and punch you, and you get arrested for defending yourself! And mainstream news organizations run hateful pieces about how your race must be stopped.