The Decline of Cultural Understanding 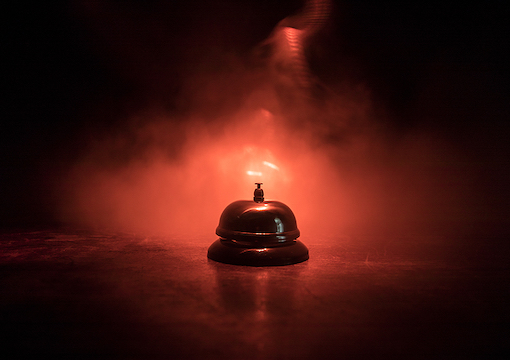 Two friends in Paris invited us to dinner recently and then thought better of it. The problem was not that it would have been an illegal gathering, but that the woman in the flat between theirs was the kind of person who would delight in denouncing her neighbors. What greater pleasure in life, at least for some people, than that of causing difficulties for others in the name of the public good?

Denunciation, especially when made a habit, is unpleasant, but I would not go so far as to say that it is never justified. In my career as a doctor, I denounced two patients, both of them in prison. One said that he intended to kill his girlfriend on his release (which was in a few days), and I had the distinct impression that he was not speaking metaphorically. I therefore informed the police, who informed his girlfriend. He was charged with uttering a threat to kill and received a further prison sentence.

To my surprise, he was extremely glad to have done so. There are quite a number of prisoners who prefer life in prison to life outside: Prison obviates the need to make decisions, and choice for some people is distinctly discomfiting. They want others to make all the decisions for them, even in the smallest matters.

Perhaps, then, I had been manipulated. This man hadn’t wanted to kill his girlfriend, he’d wanted me to denounce him. Far from being in control, I was his pawn. I shall never know.

The second man I denounced was a violent criminal of Yemeni descent. He hovered between sanity and madness, probably because of drugs, but he was equally unpleasant sane or mad. He said that his ambition was to be a suicide bomber, and again I did not think that he was speaking other than literally. He wanted to die, but to take as many with him as he could.

I telephoned my medicolegal advisers on the question of whether I should go to the police. This case was slightly different from the first, insofar as there was not a named or specific intended victim. I received advice that was bad bordering on idiotic.

“Our universities are becoming bastions of unfreedom, if my few young academic friends are to be believed.”

I should tell the police, the adviser said, but I also had a duty to tell my patient what I had done. I was astonished by what I heard. There were three reasons, I said, for not telling the patient what I had done: First, he remained my patient; second, he might have the opportunity in the future to attack me; and third, perhaps most important from the public-safety point of view, the police would hardly be very pleased that I had informed him that he would now be under police surveillance.

It so happened that I knew someone who worked for the secret police (let us call things by their proper name). He put me in touch with them and I told them of my fears. They thanked me, and I thought no more of it until they called me again in three weeks’ time. They informed me that he had already been on what they called their radar.

I was very impressed (I assumed that they were speaking the truth). The secret police—so my friend tells me—love their work, unlike the ordinary police, who are mostly hoping for early retirement on a full pension, and they eat, drink, and sleep it. They are a self-conscious elite who believe that they are what stands between the country and violent chaos.

Whenever there is a terrorist outrage, however, they are criticized for not having prevented it. It often emerges that the perpetrator was known to them beforehand, and the cry goes up that they were negligent in failing to foresee the attack.

No doubt incompetence exists in the secret police as in every other human organization; for where there are people, there is incompetence. But once it is revealed that the perpetrator of an outrage was known to the secret police, I have never heard a commentator pause to wonder how many such potential perpetrators are known to them, very few of whom will never commit an atrocity. Some atrocities are committed by people of whose existence the secret police are completely unaware; but there are thousands of people similar in many respects to perpetrators except that they do not take the final steps.

This raises the question of how far we tolerate the intolerant, that is to say those whose desire, sometimes elevated into a goal, is to destroy the very tolerance that they enjoy, and who would use their freedom to destroy our freedom. The rule of law demands that we should act against only those who have committed a crime, and not against those whom we suspect of being liable to commit a crime. As the great English judge of the 18th century, Lord Mansfield, said, “As long as an act remains in bare intention alone, it is not punishable by our law.”

We have faced the dilemma before, with communist and fascist movements. Now we have Islamic movements and, as yet in embryo, fascist anti-fascism. If we overreact, we destroy our own freedom; if we underreact, we allow others to destroy our freedom for us.

This suggests to me (not a very original thought) that a free society can exist only where there is some cultural, and not merely a legalistic, understanding of a constitutional order: an acceptance of limits of outrage, for example, if you happen to be fortunate enough to live in a tolerably tolerant society, even when that society is not perfectly just or fair (as no society yet known to man is).

This cultural understanding is easily lost, and indeed seems to be in the process of decline in Western countries, most dangerously among the very class—the intelligentsia—in whom one might have expected or hoped it to be strongest. Our universities are becoming bastions of unfreedom, if my few young academic friends are to be believed, and we are raising up a generation of secular ayatollahs.