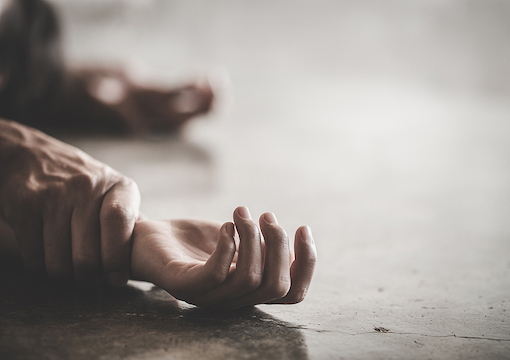 On March 3, a 33-year-old woman named Sarah Everard left her friend’s house in Clapham, London, at around 9 p.m. It would not be strictly accurate to say she was never seen again. She very much was, albeit cut into several pieces strewn over woodland fifty miles away from what is alleged to be the scene of her abduction.

I tire of “whattifery.” What if a white man had said that? What if a non-Muslim used that excuse? What if the moon really was formed from some kind of dairy product? But it is a racing certainty that, had Couzens been a “person of color” (which everyone is, incidentally, or some of us would not be visible), the story would have been buried far deeper than Couzens allegedly managed with what was left of Ms. Everard.

Within a few days of Couzens’ arrest, Baroness Jones of the Green Party had addressed the House of Lords to the effect that perhaps British men should be under curfew to protect women. 6 p.m., say. She later claimed she was being ironic. That’s one word for it.

“Downstream of social media are the policy advisers of government, reading the signs and signals.”

A Scottish National Party politician followed suit, although graciously saying that the curfew should only be in place temporarily in the locality of these rare events. She stated that “we need to discuss all the options, even the ones that sound a bit wacky.” From the mouth of a politician, that is a far more frightening sentence than it seems.

A leading Welsh politician, Mark Drakeford, pitched his hoop by stating that he was seriously considering the suggested curfew of 6 p.m. (where did this unanimously agreed-upon figure suddenly spring from?). He later rowed back furiously on social media, but the whole setup was beginning to look like what is becoming the modus operandi of the British establishment and its provisional wing in the media, which is to see how far you can goad the white British-born working and middle classes before they push back. Mr. Drakeford, incidentally, should know something about sexual assault. His son is serving eight years for the vicious and sustained rape of a woman in 2016.

Drakeford, the leader of the Welsh “government,” said with all the confidence of the technocrat that a curfew on men after 6 p.m. was a “possible intervention…in a crisis.” As we all know, when governments introduce short-term legislation and promise it won’t be long-term, they are always telling the truth.

The media, however, would be returning to Clapham, and its famous Common, the following week. Renowned for festivals, concerts, and fairs, Clapham Common also has historical color. Turner painted it, Samuel Pepys died in an adjacent house, and the poet Shelley sent his girls to school there. It has made history again. Last weekend there was a vigil for Sarah Everard held there, organized by a group called Reclaim These Streets, and in actual fact illegal, permission for the gathering having been denied at the judicial level.

As politicians say nowadays, the optics were not good. Images of burly British policemen wrestling peaceful, candle-holding women to the ground and arresting them in a way they signally failed to do last year at the ruinous BLM riots went global. But this was no PR gaffe. This was a very specific message to white people, women included. You saw what we did—or didn’t do—at the BLM riots last year. Now you’ve seen what we will do to you at the slightest provocation. You have a new place in society, and we’re afraid it is much further down the trough. Get used to it.

The chief of London’s once-elite Metropolitan Police Force is a crop-haired lesbian whose name, I promise you, is Cressida Dick. She it was who stated that the “hands-off” approach deployed by London’s coppers at last year’s BLM riots (during which many officers knelt before blacks and their white handlers) was because she did not want to risk “serious disturbance.” It is difficult to unpack that as a mission statement.

Just now, Miss Dick is keeping a low profile, apart from a ridiculous and staged “walkabout” on the Common. She has had nothing to say on the tentative suggestion that men be placed under a curfew because one man killed one woman. She knows that this formula could never be effectively employed with, say, gangs of feral black youths in south London, or similar gangs of Muslim men in Tower Hamlets or Southall.

These scenarios are used by the political class as a sort of test site, as though some new product were being put through its paces. They make a statement and wait for the response on social media, which has somehow become a sort of modern Star Chamber. Downstream of social media are the policy advisers of government, reading the signs and signals. They were not long in drifting down.

Female abduction/murder is extremely rare. Yes we should all be vigilant when out alone. But this level of fear-mongering isn’t healthy. And men’s health is an issue as well. Calling all men out as dangerous is bad for our sons, brothers, partners.

For this sensible, liberal balm, she was predictably savaged by social media commissars. As was a criminology professor at the University of Kent, Marian FitzGerald, when she suggested on BBC Radio 4 that comparative homicide figures for murder in a public place showed men to be far more at risk. By a gruesome coincidence, Sarah Everard’s remains were found in woodland in Kent.

The decommissioning of white, heterosexual British men, already a raging fire, has just received another dose of accelerant. This was just a test, to see what media both mainstream and social would take. And that is a question yet to be answered.