The Delusions of the Post-National Era 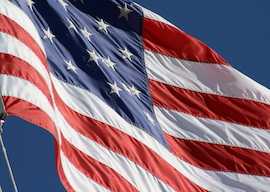 According to journalist Paul Brian,

[Brent] Tarrant’s perceptions and actions are the outgrowth of years of rhetoric that’s portrayed immigrants as “invaders” and the paranoiac tendency to point to numerically small minority communities with high birthrates as somehow to blame for declining European and white birthrates…. It is, of course, a stupid theory, but its very illogical and reactionary nature somehow makes it even more convincing to lost young men with axes to grind.

These words are from Brian’s article “The Weak Men of the Online West,” published at The American Conservative’s website on Tuesday. Heavy on indignant rhetoric, and light on serious, contextual analysis, the work leaves one wishing Brian had tried to understand the problem of immigration and native citizens.

Let me try, then, to shed some light on this important subject. I will relate it to the dominant Western idea of what nations are—or rather, what they are supposedly for—that is, the so-called proposition nation. For these subjects are closely related, and to understand them we need to see through certain delusions.

To begin with, Brian appears to reject the word “invaders,” yet it is surely true that groups who enter nations illegally in large numbers are precisely that. Nor is this changed because, in some cases, immigrants fled tragic circumstances. Immigration laws are not negated, or made unnecessary, as a consequence of human suffering.

On the other hand, I agree with Brian: It is paranoid to believe, as many in the alt-right do, that immigrants intend to dispossess and replace native citizens. What immigrants are trying to do is improve their lives, and that involves leaving poorer and less developed nations for richer and more materially advanced ones. There, people can find better jobs and enjoy higher-functioning political and legal systems generally.

Still, there is a straightforward labor issue that Brian doesn’t perceive. Even wealthy nations are beset by excessive low-skilled labor, which keeps wages down for native citizens (and other immigrants), so that it’s harder for them to raise families and reproduce. Although we don’t hear it from today’s identity-politics left, both Booker T. Washington and Martin Luther King Jr. strongly opposed Hispanic immigration through the southern border, because they realized that the excessive low-skilled labor would be bad for working-class blacks.

“America has entered a post-national era, lacking a coherent body politic and the political will to affirm its heritage.”

The current immigration problem in the U.S., with peoples from around the world all seeking to make a life here, is similar to the ethnic conflicts that occurred in this country in the last century. At first, the majority of early-20th-century immigrants came from Northern and Western Europe. Once greater numbers of Irish had emigrated, as well as Italians and Jews from Southern and Eastern Europe, the conditions for ethnic hostility and conflict were in place, native citizens and immigrants alike recognizing increased competition for limited material resources. Just as whites now resent Mexicans with whom they compete to survive (including enjoying the goods of the welfare state), so German-Americans and others once resented Italians, Irish, and Jews for the same reason, with the traditional British prejudice toward the Irish easily being applied in America.

To be sure, it would be inaccurate to attribute “declining European and white birthrates” as such to immigration, because this phenomenon has several causes. One is women joining the workforce en masse, a change that resulted in fewer births over time. Increased wealth had the same effect.

The biggest cause, perhaps, is the decline of religion, and related to it, the strange belief that the purpose of marriage is “happiness” or “personal fulfillment” (as if it were wise to expect either value). From courtship to marriage and reproduction, the relations of the sexes used to be determined by religious and patriarchal customs, which were born of hardship and necessity. Marriage and the family were essentially practical, the point having been to survive and to reproduce.

Throughout the U.S. and much of Europe, all this has been superseded by individual autonomy. In many instances, therefore, marriage and the family are like a game whose players are too self-interested to succeed. Where men and women once had certain distinct roles to fill and a kind of script to follow, they now rely on their own reason and desires. But compared with the collective, organic wisdom of the species, nobody’s reason and desires are worth much.

Although some in the alt-right are rather crude in their conception of ethnic group conflicts over material resources, Brian is mistaken to attribute the terrible acts of men like Brent Tarrant to anti-immigrant rhetoric, as if there were nothing more to these phenomena. Ethnic groups naturally resent those who threaten their vital interests, nor is it obvious that they are wrong to do so. Brian, however, seems not to have considered how ethnic groups function. The plain truth is that people tend to unite with others in their ethnic group to realize individual material interests. Hence, in practice, talk about “the common good” is often subordinated to the ethnic group good—and good luck to anyone who would change moral psychology, as if it were a rational thing, as fixable as a broken carburetor.

From local politics up to Congress itself, various ethnic groups seek to realize certain ends. Whose ends? Not everyone’s. Those of their ethnic group. So it is also in the culture in general. In a convenient alliance of envy, women, blacks, Hispanics, and other groups work together to gain at the expense of white men (and to a lesser extent, white women). Too many white men in the physics department? Solution: Hire more women and people of color. Too many white men at the top of Google? Solution: Hire more women and people of color. And so on and so forth. You see, many people are unwilling to accept equal opportunity when their group is “underrepresented.”

Meanwhile, the irony is that the more we follow liberals, neocons, and Jaffaites in treating America as a “proposition nation”—whose fundamental values are “equality,” “universal human rights” and other lofty delusions—the more competing groups use this as a pretext for manipulating us and each other.

No doubt there are well-meaning persons who want mankind to rise above in-group bias, which, after all, is conducive to racism and other evils, although such evils don’t follow from nativism or ethnocentrism of necessity. The danger is that such a goal becomes a liability when, as is likely to be the case, your fellows don’t do the same.

Besides, although it is easy for intellectuals, who tend to live insular, bookish lives, to overlook the discomfiting reality, friend-enemy relations—or group-versus-group struggle—are the essence of politics. Whatever your ends may be, it’s a safe bet that you must compete against others to obtain them, and success at obtaining certain ends requires cooperating with others in order to prevail over other groups.

Thus politics is like the family in that it presupposes in-group bias. To endeavor to get rid of such bias in the political domain is to endeavor to get rid of the political itself. The whole of politics is a fundamentally brutal and, from a detached point of view, sadly ridiculous game. But recognizing this does not mean we have the power to significantly change it for the better. That said, we should resist acquiescence to the status quo.

America has entered a post-national era, lacking a coherent body politic and the political will to affirm its heritage. For all that, it remains true that nations grow out of ethnic traditions. They exist to serve this group, rather than that one. If you take ethnicity off the table as a political value and justification, you are left with the “proposition nation.” But that proposition is either true everywhere and in all times or not at all. Like the concept of the “proposition nation” itself, “universal human rights” derive from specific, Anglo-European traditions, and so are commonly viewed with skepticism and disdain by the Russians, the Chinese, and others. Nor are peoples interchangeable machine parts, such that their values can be applied any and everywhere.

By now, that should be manifest from America’s disastrous interventionist follies. And yet, conceiving of the world as one vast universalist proposition justifies endless intervention in sovereign nations, whose violations of “human rights” and other normative beliefs require perpetual “correction.” Of course, such interventions all too often serve as a ruse for the material interests of the military-industrial complex.

Last July, in an essay for Jacobite Magazine, I wrote:

[W]e have seen in America that many foreigners are able to assimilate to our way of life. Still, there is a deep historical connection between ethnicity and culture, and it is difficult to have cultural homogeny without a fair amount of ethnic homogeny—unless, that is, there is cultural assimilation, now, alas, widely believed to be “racist.” Nor should we believe that cultural assimilation, very valuable though it is, is some kind of magic formula: some values are just not assimilable, just as some are not compatible with each other. In such cases, it would be best for people to simply leave each other alone. And to call this belief racist or whatever is not only cheap; it is also lazy and ignores the intractable difficulty of the issue.

I would add that excluding ethnicity as a political value and justification implies that the state is to be nothing but a vulgar business network. Indeed, this is the problem with a merit-based immigration system and with the idea that race and gender should be irrelevant to college admissions criteria. What happens, then, to cultural balance and the national good? Would it aid family formation for women to get 70 percent of college degrees? (Note that many men don’t do well in academe and formal education generally owing to nonacademic reasons.) Should Asians and Jews dominate our elite universities?

If America is to be regarded as a “proposition nation,” where anyone can be a citizen so long as he values “equality,” “liberty,” and the rest, then the logic of the marketplace entails that the “best citizens” would be those who create the most wealth and earn the highest incomes. It follows that we should, if possible, replace our working class with the world’s best engineers and computer programmers. Yet would such a nation be worth living in? Would it be a nation at all?

Few people find life worth living without values that transcend the marketplace—namely, the particular, affective bonds we share with friends and family, as well as religious beliefs. Why should our nation be any different?