The Dictionary Definition of Stupid: Redefining the Word “Woman” 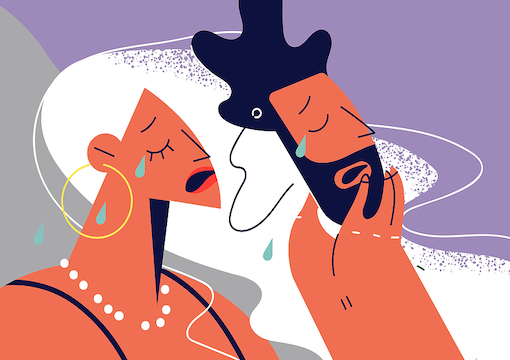 When in 1755 the great 18th-century man of letters Dr Samuel Johnson finally published his seminal Dictionary of the English Language after almost a decade of arduous toil, early purchasers were surprised to discover several joke definitions lurking mischievously within its pages. Most famously, the proud Englishman sought to annoy his neighboring poorly fed Scots by dubiously defining the word “oats” as meaning “a grain, which in England is generally given to horses, but in Scotland supports the people”—but somewhat less well-known is the fact that Johnson also satirically mis-defined the word “woman” as indicating simply “The female of the human race,” that is, someone born with a vagina.

Except, of course, he didn’t mean this particular entry as just another joke, did he? Being a mere “harmless drudge,” as he modestly styled himself, the pioneering lexicographer settled in this case for simply providing his readers with an accurate description of what a woman was—i.e., definitely not a man. More daringly innovative were the editors of today’s woke Cambridge Dictionary, whom it emerged in December had suddenly taken it upon themselves to alter their own definition of a woman online to “an adult who lives and identifies as female though they may have been said to have a different sex at birth.”

Significantly, the very first example of this now incredibly contentious word in the e-dictionary’s usage notes read “She was the first trans woman elected to a national office,” presumably a coded reference to Scotland’s Nicola Sturgeon. There you have it, then, trans women really are women after all, rather than emotionally disturbed men in dresses, as many readers might otherwise have wrongly imagined. They have to be. The Cambridge Dictionary says so.

“Controlling language is to control how people think, to confer upon oneself the godlike ability to define reality itself.”

So, according to the new literal dictionary definition, to which trans-skeptics had previously always been able to appeal to help prove their case, a woman was now also a man. At least sometimes. At other times they may well have continued to be a woman in the old Johnsonian sense of the term. It was all a bit unclear. Rather than elucidating the word’s meaning, this new entry actively confused it, the precise reverse of what a dictionary is customarily supposed to do (maybe the Cambridge team has recently devised an upside-down new definition of that troublesome old word, too?).

Words Fail Me
The Cambridge Dictionary compilers claimed it was the usual job of lexicographers like themselves to simply reflect how language is being used by the general population, not to tell them how to use it, and that therefore, as some politically motivated individuals did indeed use the word “woman” to mean “mentally delusional man with a penis,” this fact had to be automatically reflected in the dictionary, whether anyone else liked it or not. Yet if you look up their corresponding definition of a “man” (someone who can sometimes have a vagina now too, apparently), then there is the following rather prim usage note for the associated word “mankind” appended below: “many people consider this to be sexist, so it is better to use a different expression, such as ‘human beings.’”

Quite apart from the fact that these words cruelly and blatantly discriminate against those vulnerable members of the otherkin and furry communities who bravely self-identify as nonhuman cats, dogs, robots, cupboards, paintpots, used condoms, dinosaurs, tea bags, dung beetles, and werewolves, it is obvious that the dictionary compilers are offering “advice” (re: politely ordering you) to use the precise terms they want you to use here, namely “humankind” not “mankind.” Curiously, to do otherwise would be “sexist”—yet, according to the previous Cambridge definition of the words “man” and “woman,” sex is something that does not really exist, it is merely something people are “said” (by people with eyes, such as midwives and obstetricians) to possess “at birth.”

Put simply, therefore, the Cambridge Dictionary wordsmiths are lying, but then, as in Orwell, lies can very easily be subjectively redefined as being the truth by those lucky enough to occupy those lofty positions of institutional power that allow them thereby to control public use of the language. Controlling language is to control how people think, to confer upon oneself the godlike ability to define reality itself; in the words of one perceptive critic, the less-than-harmless Cambridge drudges were engaging in the sinister task of “altering words in order to alter minds.” Or, as ovoid amateur lexicographer Humpty Dumpty once memorably put it, in Lewis Carroll’s 1871 absurdist fable Through the Looking-Glass:

“When I use a word,” Humpty Dumpty said, in rather a scornful tone, “it means just what I choose it to mean—neither more nor less.”

“The question is,” said Alice, “whether you can make words mean so many different things.”

“The question is,” said Humpty Dumpty, “which is to be master—that’s all.”

Bad Language
Contra the Cambridge lexicographers’ claims, many dictionaries down the centuries have been at least somewhat political in intent. Noah Webster, America’s rough equivalent of England’s Dr Johnson, had an openly nationalist agenda when compiling his own great work, 1828’s An American Dictionary of the English Language, aiming to distinguish the United States from its former colonial masters in Britain by pointlessly altering the spelling of words like “centre” and “colour” to “center” and “color” just to draw the two nations’ shared vocabulary away from each other ever further, thereby to better awaken the nascent U.S. national consciousness.

Today, Webster’s opus has morphed into Merriam-Webster’s Dictionary, America’s standard verbal reference work, yet even this now has some seemingly politicized entries within it. In 2018, it allegedly changed its definition of the term “assault rifle” to comply with one anti-gun activists were pushing for; then, this would make it easier for campaigners to get them banned. Ideologically corrupt politicians are now imitating ideologically corrupt lexicographers, too. Recall how, back in July 2022, Joe Biden’s White House tried to capriciously alter the accepted standard meaning of “recession” to make it appear they hadn’t just led the U.S. into one via their own economic mismanagement. Even worse is the abrupt redefinition of the word “racism” to mean “anything at all a white person does, ever”; rumors that Merriam-Webster’s planned to rewrite their own entry so that only whites could ever be racist proved untrue, but it’s surely only a matter of time.

And what about that lovely, fluffy, #BeKind word “tolerance”? On 14 December 2022, door-blocking student activists at Scotland’s University of Edinburgh successfully prevented the showing of a trans-skeptical documentary bearing the significant title Adult Human Female (a.k.a. “woman”), which they said was “spreading misinformation” in the shape of “the assertion that trans women are men,” probably because they are—note how “misinformation” here now becomes an inverted synonym for “factual statement.” To account for their misconduct, the students issued a justificatory document beginning thus: “We have to be intolerant of intolerance in order to have a tolerant society.” So that’s what “tolerance” now means, eh? Being highly intolerant of those with whom you disagree? Well, one man’s terrorist is another man’s freedom fighter, as it is often said (most often by terrorists themselves).

If you think the meaning of words doesn’t matter, just stop to think of what the word “democracy” increasingly means to those who now rule us: its exact totalitarian reverse. Somehow, “woman” has today become a four-letter word.