The Eclipse of Europe 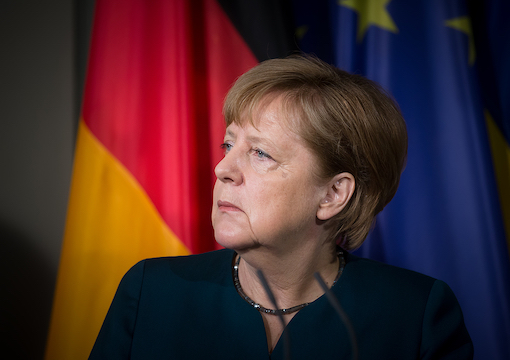 For centuries up to and including the 20th, Europe seemed the central pivot of world history.

Then came the Great Civil War of the West, our Thirty Years’ War (1914-1945), where all of the great European powers — Britain, France, Germany, Italy, Russia — along with almost all of the rest, fought some of history’s greatest battles.

Result: Europe’s greatest nations were all bloodied. All of Europe’s empires fell. The colonial peoples were all largely liberated and began the great migration to the mother countries. And Europe was split between a U.S.-led West and a Moscow-dominated Soviet bloc.

Yet, even during that four-decade Cold War, Europe was viewed as the prize in the struggle.

By the time that Cold War ended in triumph for the Free World, a European Union modeled on the American Union was rising, and almost all of Europe’s newly freed nations began to join the NATO alliance.

Yet one senses today that Europe’s role in world history is passing, that the American pivot to China and the Indo-Pacific is both historic and permanent, and that as the past belongs to Europe, the future belongs to Asia.

Asia, after all, is home to the world’s most populous nations, China and India; to six of the world’s nine nuclear powers; and to almost all of its major Muslim nations: Indonesia, India, Pakistan, Bangladesh, Turkey and Iran, as well as to the world’s largest economies outside the USA: China and Japan.

In 2016, Great Britain voted to withdraw from the EU. This summer, the British joined the Australians and the U.S. in an AUXUS pact that trashed a cherished French deal to build a dozen diesel-powered submarines — and to replace them with British- and U.S.-built nuclear-power subs.

Paris saw this as a “betrayal,” a “stab in the back” by allies whom Gen. Charles De Gaulle had disparaged as “les Anglo-Saxons.” Yet AUXUS was also an undeniably clear statement as to where the Australians saw their future, and it was not alongside France, but the USA.

Still, this was the worst U.S. affront of our French ally since President Dwight Eisenhower ordered the British and French out of Suez.

But, at least then, Ike could say in 1956 that he had not been alerted to the British-French invasion of Egypt and that our NATO partners had acted without his knowledge or consent.

To protest the treatment of France in the submarine deal, President Emmanuel Macron recalled his ambassador to the U.S., something that had never been done since France recognized the American colonies and came to their aid during our War of Independence.

Indeed, the submarine agreement forced cancellation of a grand party at the French embassy in Washington, D.C., to celebrate the 240th anniversary of the Battle of the Capes.

This was the critical British-French naval battle at the mouth of the Chesapeake in 1781, where a French fleet prevailed, enabling it to provide Gen. George Washington’s army cover as it surrounded, shelled and compelled the surrender of Gen. Lord Cornwallis’ army at Yorktown.

But if the British are out of the EU, and the French are estranged from their NATO allies, Germany yesterday held an election, where, for the first time in its history, the Christian Democratic Union of Konrad Adenauer, Helmut Kohl and Angela Merkel was reduced to a fourth of the national vote.

The new leader of Germany, after months of negotiations, may be the leader of the Social Democrats, in concert with the Greens. But even that government may not be cobbled together by Christmas.

Neither of the prospective chancellors for the Christian Democratic Union or the Social Democratic Party has the stature of Merkel, who has been both leader of Germany for the last decade and a half but also de facto leader of Europe.

And consider the present condition of NATO, once celebrated as the most successful alliance in history for having deterred any Soviet invasion of NATO Europe for the entire Cold War.

In 2001, invoking Article V about an attack on one being an attack on all, NATO joined the Americans in their plunge into Afghanistan to deal with the perpetrators of 9/11.

This August, 20 years later, all our NATO allies pulled out as the Afghan army crumbled and vanished and the Afghan regime collapsed. Our NATO allies thus shared in the ignominy of the American retreat and defeat.

Not only is the center of political gravity shifting from Europe to Asia, European unity seems a thing of the past.

As for the southern-tier EU and NATO nations, Spain, Italy and Greece, their main concern is less an invasion by Russia than the ongoing invasion from across the Mediterranean from Africa and the Middle East.