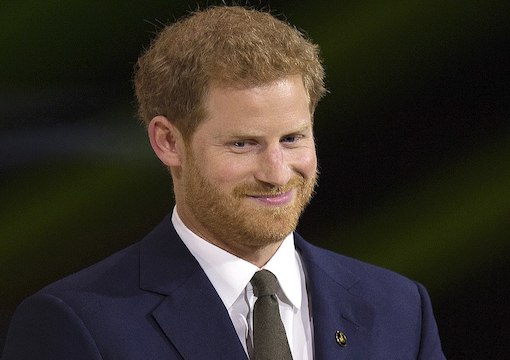 The wedding was marvelous, the weather superb. Crowds ten deep along the mall to Windsor Castle. An American bride for the warrior-prince. The pubs rang out with cheers “To the Royal Couple”!

A breath of fresh air; the Brits are always up for a breath of fresh air. They gave us the Rolling Stones, the Beatles, and the miniskirt, for heaven’s sake. And here she was, young, beautiful, American, an actress, Catholic, divorced, and biracial. Perfect. What could possibly go wrong? Meghan Markle was about to enter a life of luxury, glamour, and deference the likes of which few people can imagine, let alone aspire to, a life she craved but did not understand. The latest fashions, the finest entertainments, the love of a besotted young man who, with a little encouragement, might mimic the career of his kinsman, Lord Louis Mountbatten of Burma. All this, and at so little cost to the bride.

In exchange for all this, the British people expected her to try to stay awake while visiting the gluten-free gumball factory as the plant manager explains how the little suckers are produced. At times a plaque must be unveiled on the side of a post office, hospital, college, railway station, or army barracks. Occasionally little school children need to be patted on the head, no problem; the Duchess likes children, or so she says. And then there are the trips, lots and lots of trips; to Fiji, Lesotho, Tonga, Tuvalu, and many more places that Her Highness has never heard of, and there will be gifts and dinners and more gifts and more little heads to be patted. And then there are men standing in straight lines all wearing the same funny suits, carrying rifles because they have sworn to defend you and your family with their lives, if need be. All you have to do is walk past them down the line and smile. When you have a child, people will cheer and artillery will sound and bells will ring and there will be happiness everywhere. That’s it, that’s all that’s expected.

“To refuse to do your duty is a selfish impulse the British cannot understand.”

There were some early clues; the toothless smile at the Trooping of the Colour (it was almost a smirk). The reticence in allowing photos of her newborn son Archie to be published. The move to Canada—well, all right, grandmother’s profile is on every coin so we’re not really that far away. But then California, bumming off friends or business contacts. Then Megxit—an act so shocking that it was easily compared to the 1936 abdication crisis. To refuse to do your duty is a selfish impulse the British cannot understand. It goes against their basic concepts of personal identity; it is akin to cowardice. Your duty is something you knew was expected of you when you were born to a specific role in society or took an oath to uphold certain principles or values. To dishonor them is to dishonor yourself. It is a way of thinking Meghan Markle cannot grasp.

And then the interview, complete with background music. Oprah, to her credit, said it was “your truth,” not “the truth.” Markle’s ridiculous contention that her son would not receive security protection or that he would not be provided a princely title is for an American audience not familiar with the workings of royal etiquette. Harry could have bestowed his subsidiary title of Baron Dumbarton on his infant son immediately but refused in an act of petty narcissism rare in British society. His whining about money, as if fully expecting his countrymen to finance his lifestyle after he objected to carrying out his royal role. And he spouted a lie that he thought the public might consider—that his father and brother were “trapped” in their roles, that their duty was thrust upon them as it was on him, that some devious entity had hijacked their true life paths. What garbage. It was a disingenuous ploy to escape the contempt merited by his failure of character.

In its totality, the Duke and Duchess of Sussex engaged in an act of pure selfishness that bespoke a lack of respect for their family, their country, and the service they had pledged to perform.

One can envision the reaction of the millions of women living in tiny houses or “council housing” trying to lovingly make them into homes for their families, clipping the 99-cent coupon for the roast beast Sunday feast, their mouths agape at the sheer nerve. One can only imagine the murmured comments at the Cavalry and Guards Club or White’s or the Victory Service, as everyone stood around the television in the library sipping single malts; “Well, no more balcony time for them,” “I’ll be damned,” “I wouldn’t have believed it if you had told me.” The pubs must have been silent, pints quietly poured as the Duchess described her awful royal existence from the garden of a nameless estate in the warm sunshine of California as people in London, Cardiff, Aberdeen, and Belfast continue to die from a pandemic in the cold, damp air of a British spring.

Prince Henry Mountbatten-Windsor, Duke of Sussex, seems consigned by his wife or by choice to a life of poolside parties, discussing the finer points of child rearing with his good friends Kanye and Wendy Williams, sipping pinot grigio while passing the appetizers to Fergie (the rapper, not his aunt), discussing the plight of the Ndebele with Lily Cole, and “making shapes” on the dance floor with the rest of the Beverly Hills bric-a-brac. It makes the life of his great-great uncle, the Duke of Windsor, and his wife from Baltimore look absolutely disciplined by comparison.

In Henry V the Bard has the King proclaim outside the walls of Harfleur, “The game’s afoot!” But in Prince Harry’s case, one might be forgiven to suspect that the game has ended.