The End of an Error 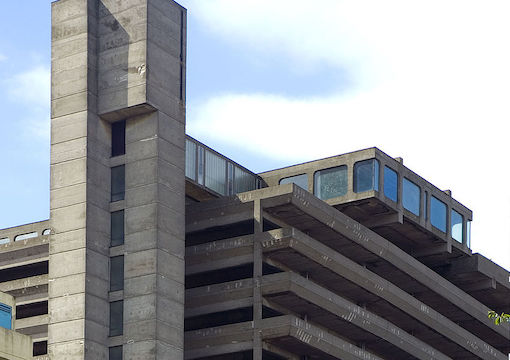 The temptation is nevertheless great. Bette Davis said, on learning of Joan Crawford’s death, “You should never say anything bad about the dead, only good. Joan Crawford is dead. Good.” I think it was she who also said that just because someone was dead, it didn’t make him a better person. And once in The Lancet, back in the days when it ran obituaries of most doctors who died in Britain, there was a little picture of a prune-faced physician of whom the anonymous obituarist said, “Though not immediately likeable, those who knew him well detected many sterling qualities.” The idea that, lying beneath a man’s propensity to be unpleasant or worse, there must lie a heart of gold, is one that never dies, at least among those who believe that Man is fundamentally good and only becomes bad by the operation of some malign force upon him.

The Daily Telegraph recently managed to maintain the proprieties of an obituary notice while also making clear that the deceased person was an incompetent whose career should have been cut short soon after it started, if not before, prevention being better than cure.

“You don’t have to go up to Eros House’s roof to feel suicidal; a glance at a photograph is enough to induce terminal despair.”

I admire the capacity to speak with forked tongue, as it were. Benjamin Disraeli, at the end of a terrible public banquet, was served some champagne and said, “Thank God for something warm at last!” A senior doctor, giving a reference to a junior, wrote, “You will be lucky to get this man to work for you.” The Telegraph obituary was not quite in this league of ambiguity, but it nevertheless gave me a great deal of pleasure.

The deceased was an eminent architect, Owen Luder—eminent in the sense that his buildings had a profound effect on the towns and cities in which they were erected, and in his evident capacity to promote himself (the key to all architectural advancement since at least the Second World War, if not before).

Luder was a lover of raw concrete. Of one shopping center that he built, the obituary says:

Though the 400 parking spaces it provided were useful, the top level became a popular site for suicides, and the Samaritans [an organization dedicated to helping the suicidal] installed a sign offering their support.

Luder had the brilliant idea of placing a café on the top of one of his multistory car parks.

A rooftop café was designed for the top level, serviced by a glass lift [elevator]. But despite offering dramatic views…through large windows, it remained empty throughout its lifetime. A restaurant and nightclub were touted as alternatives, but its location, divorced from any other centres of activity, along with a problem of getting the right water pressure to the top of the building, put off prospective tenants.

Its lifetime was not long, although:

Three attempts were made to [preserve it], supported by a few admirers of its presence in the city, and those who felt it was of cultural significance…in Britain.

This it was, for:

It had become run-down, the lifts were often out of use, and drug addicts took over its stairways.

The building’s greatest success was as a backdrop to a horrible murder in the film Get Carter.

Luder’s favorite material became chipped, cracked, and stained over time, weathering poorly; his buildings were out of scale and jarring when placed next to older ones. His work was not merely a failure, but did active, consistent, and repeated harm. His most distinctive buildings were demolished well before his death, to all but unanimous relief. Alas, one or two remain standing, including Eros House, a monstrosity in the East End of London that the deceased considered his most successful work. Residents of Eros House, which has been converted from offices into flats, have however described the conditions there as “unsafe,” “anxiety-provoking,” and “inhumane.” Although they may have been referring to its neglect, anyone who takes a glance at it—photographs are easily found on the internet—will at once perceive how appropriate those words are to the building. That it should have been called Eros was a peculiar joke: The building is about as redolent of eros as a mummified dead rat is a stimulant to appetite. You don’t have to go up to Eros House’s roof to feel suicidal; a glance at a photograph is enough to induce terminal despair.

Another reason for suicidal despair is the fact that, though I have described Luder as a failure, in one sense he was a great success. He was an institutional and bureaucratic success. For example, he was twice president of the Royal Institute of British Architects, from 1981 to 1983 and again from 1995 to 1997, by which time his arrogant incompetence was, or should have been, plain to everyone. He was also for a time head of the board that certified British architects, not as lunatics, but as professionally qualified.

How is it that a man such as he could have gotten as far as he did? Clearly his career could not have flourished without professional assistance and financial support; indeed, the reasons for that assistance and support are more important or significant than the man himself, who was clearly a mediocrity in everything except the scale of his ambition. I think there is a clue in the fact that Luder attacked what he saw as Britain’s obsession with history, and his claim that architecture should reflect a contemporary spirit.

For him, a town or city was not, and ought not to be, a harmonious accretion down the centuries, preserving what was best and adding to it, but rather a tabula rasa to be reconstructed every generation. Perhaps that explains one virtue that he had, namely a kind of resignation at the demolition of his work. At least he would have had the consolation of knowing that, thanks to the institute of which he was twice president, what replaced his buildings would be very little, if at all, better, and itself the target of the wrecking ball within a decade or two. But the idea of a tabula rasa, the constant starting from nothing, as if no one knew anything until we came along, is the temper of our times, a very totalitarian temper. And Luder’s architecture oozed totalitarianism almost as clearly as it oozed black stains.