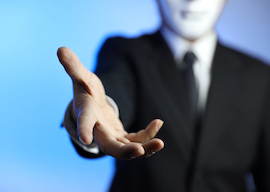 About Jeffrey Epstein, who the day before my last birthday did the first good thing he had ever done in his life and topped himself: I never laid eyes on the SOB. Yet a hack recently informed me over the telephone that my address was found in his notebook. My address was easy to find. It was in the New York telephone book for years. Hacks exhibit a civil service mindset—doing it by the book—when it comes to powerful people, unless it’s Trump. Basically they’re intimidated by power and wealth, and Epstein was no exception. What he did was gather info on everyone he thought could be of service to him, and it certainly helped his rise.

As everyone knows, a million can bring you untold millions, but making that first million starting from scratch is what the game is all about. Epstein was born poor in Coney Island, not exactly Palm Beach, and in his 30s had pretty much reached the summit of his career while teaching math at Dalton, a so-so school in the Bagel. From there he suddenly became a financial wizard, an adviser to billionaires and an associate at Bear Stearns, a rise unheard-of in Wall Street annals.

He then became a seriously rich investor who advised seriously rich investors where to invest. This is possible in La-La Land scripts, but not in real life. What I suspect Epstein did was to blackmail his way to riches, and then further blackmail his way into becoming an adviser to people he had blackmailed to start with. But what is more surprising is that little old me had heard these rumors for years, and they had come from respectable, in-the-know people, not nightclub characters.

“I smell a real rat, with The New York Times and Wall Street closing ranks because too many big shots were involved.”

Epstein was allegedly the lover of a very rich man, a very nice, very religious Jewish businessman. Blackmail was easy after that. And it was that man who may have placed Epstein at various investment banks he was a large investor in. There are a lot of big names being floated around, and the irony is that most of these names belong to nice honest men, not sleazy Wall Street wannabes. As recently as last week, at Tim Hoare’s funeral, a billionaire whose opinions I trust and respect gave an example of how it’s done. Nothing rough, said my friend. “We wouldn’t want a thing like this to get out, would we now?” is the manner Epstein most likely used.

You can take it from there, dear readers. What I find amazing is that in the land of the freebie and the home of the depraved, where there are no libel laws to speak of, no New York Times hacks have taken the trouble to investigate and get to the bottom of it. One thing I know is that Joichi Ito, the director of MIT’s Media Lab, was also a board member of The New York Times. Ito used Epstein to procure funding for his various schemes, hence it’s not too much of a stretch that Epstein asked Ito to tell the Times to lay off. There is no way Epstein was blackmailing top people and the Times was asleep. I suspect he had something on the gang that runs the Times.

And then there’s Ghislaine Maxwell, the only connection there is between this writer and the dead pedophile. She’s not a bad girl, and I knew her before the death of another monster, her old man. I always thought she preferred women to men, but she’s always been polite and friendly toward me and has never given me cause. That she pimped for Epstein is obvious. But is pimping worse than, say, selling drugs to minors, like Jay-Z used to do? Jay-Z is a billionaire and black, so he’s excused. Ghislaine is a woman alone and no longer pretty. They will throw the book at her. I smell a real rat, with The New York Times and Wall Street closing ranks because too many big shots were involved. A special prosecutor was appointed to go after Trump for much less.

Some, of course, will say that pimping underage girls to Epstein deserves prison for life. I agree. But were the girls Ghislaine picked up underage? With street kids one never knows, and they were kids off the street. I once gave Gianni Agnelli a pimp for his 50th birthday. Jackie C was the greatest pimp on the Riviera. Gianni gave him a card that read “FIAT—Public Relations.” Agnelli eventually passed Jackie to the Shah, who almost gave him a diplomatic passport. Jackie’s specialty was picking up beautiful housewives dreaming of the high life.