The Evil Vampires of Malawi 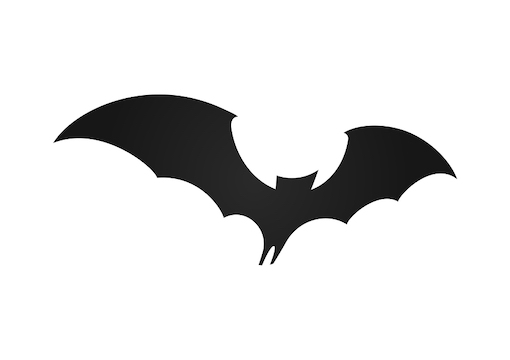 The vampires are back in Malawi again, but no one is taking it seriously.

Here, in one of the world’s poorest nations, where the nominal GDP is only $1 a day, one in ten adults has HIV, and life expectancy is only 50, the vampires are back sucking the blood of poor villagers.

What’s worse, everyone is gaslighting them and insisting it’s not even happening, meaning their screams for help evaporate in the germ-charged, AIDS-soaked African air.

Even worse than that, the bold villagers who are rising up and killing the vampires are being arrested and charged with whatever the African equivalent is of spreading “fake news.”

This is a human-rights tragedy of the highest order, and yet even as I type this, I can hear some readers laughing.

As everyone knows, black people are magical, and Africa is a land of endless enchantment. If people aren’t having their blood sucked by vampires, then their penises disappear with a single handshake, car thieves transform into goats, and answering a simple phone call can kill you. Africa is like every Disney movie ever made come to life in bleeding, screaming color.

Malawi is a humble land of 18 million svelte Africans, most of whom are extremely poor and rural yam-diggers yet are intelligent and street-wise enough to know that witchcraft is real and that if so-called “human-rights workers” or “medical technicians” come bearing needles seeking to take alleged “blood samples” in order to promote what they call “community health,” they are in reality blood-sucking vampires—known colloquially as anamapopa—who want to eat your soul.

Excuse them for livin’, but most Africans have a problem with their souls being eaten.

“This is a human-rights tragedy of the highest order, and yet even as I type this, I can hear some readers laughing.”

Yet every time they stand up for their human rights and say, “ENOUGH with these vampires,” their so-called “authority figures” smack them back down and tell them to zip a lip.

Denying reality before his constituents’ very eyes, Malawian police spokesman James Kadadzera called the vampire attacks a “hoax” and bragged that “As I am talking to you, 37 people have been arrested and they will answer for murder, others for assaults and others of malicious damage.”

No need to check your eyesight, because you read that right—instead of jailing and prosecuting the vampires—which is the only option that makes sense—a man who is entrusted to protect the welfare of poor Malawians is instead jailing the noble peasants who are trying to fight the vampires.

If you believe in #BelieveWomen as much as I believe in it, I beseech ye to believe the accounts of three separate African woman who’ve either had their blood sucked by vampires—against their will, no less—or live in constant fear that sooner or later a vampire will suck their blood.

Agnes Zimba is a strong, empowered, weather-beaten Malawian woman who claims that she can’t even sleep in her house anymore for fear that a damned vampire will show up and suck her blood:

We fear we can have our blood sucked if we sleep alone in our houses. We are even failing to go to our gardens for fear of being attacked by vampires there.

Zimba says that she and other terrified villagers have taken to sleeping outside in groups, which, quite frankly, if I were a vampire—which I’m not—would make it very tempting to attack them en masse without even having to break into their houses, but I don’t know anything about the specifics of such a situation, because as I’ve already made clear to avoid any possible conflicts of interest, I’m not a vampire.

Jamiya Bauleni is a 40-year-old single mother who has bravely come forth to describe the time a vampire entered her home and sucked her blood:

This is not hearsay….I know my blood was sucked. I saw light on the corner of my roof. I failed to stand up from my bed and felt something piercing my left arm.

Rubbing salt in their bite marks, Malawian President Peter Mutharika says all these broads are nuts:

There is no evidence of blood suckers. It’s a lie meant to destabilize the region. Those spreading rumors will face the law.

Because Mutharika’s UN-backed thugs refuse to lift even one of their bony black pinkies to help the villagers fight off the vampire attacks, noble vigilantes have stepped up to fill the leadership void and kill at least a dozen actual vampires so far this year by stoning, beating, and burning them to death.

Never missing an opportunity to flex, the UN is encouraging the prosecution of any Malawian who dares to step up and defend his people against the vampires. The US embassy has declared whole swaths of the country—the ones where people are standing up and fighting back against the vampires—to be no-go zones.

They are, in effect, offering up the Malawian peasantry as sheep for slaughter to appease the insatiable bloodlust of hungry, selfish, and possibly sex-crazed vampires, and if you dare to even notice what’s going on, people will call you crazy. No matter how loudly the citizens raise their voices to plead for help, they are dismissed as “superstitious” and “ignorant” and even “dumb as a box of dirt.” They will even put the word “vampires” in quote marks as if they’re not even real.

This is not the first time this has happened.

If you’ve ever seen Alfred Hitchcock’s classic horror thriller The Birds, you’d realize that killer birds simply don’t attack and keep attacking. They’ll come in for a dive-bombing mission, then suddenly disappear for a while, only to amass again for another invasion.

It’s the same thing with vampires.

Back in 2017, when Malawians were beset with another vampire terror wave that was so extensive it spread into nearby Mozambique, the people who rose up to preserve Malawian dignity were smeared as “mobs” who attacked “people accused of being vampires.” Nine actual vampires were killed in these uprisings, but instead of being awarded medals of honor, their slayers were prosecuted for murder.

If you want the straight poop on Africa, it’s best to head straight for BBC Pidgin, which is designed for Africans who resist the oppressiveness of proper English. They covered the 2017 vampire attacks as they were happening:

Dis attacks dem begin for middle of September for four districts for south side of di country, where tori be say many people believe in witchcraft….

For there, crowd of people burn one person, come stone another one to death on Wednesday.

Before he was shot to death, Martin Luther King, Jr. famously said that although justice sometimes takes its sweet-ass time, the moral arc of the universe eventually bends toward it, or something to that effect. I stand here today before God and man to declare that one day—hopefully soon, although I might not get there with you—children of all colors will be attacked by vampires without everyone thinking it’s some kind of a joke.