The Fallacy of the Real Me 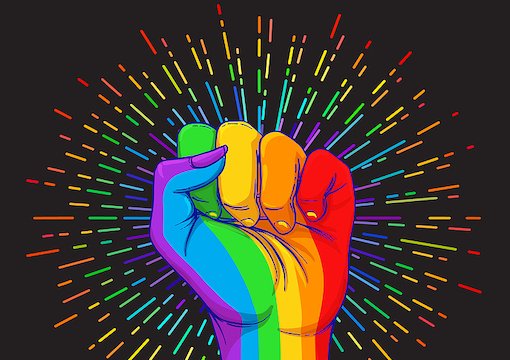 According to a Gallup poll, the percentage of the American population that now “identifies” as LGBTQ+ has doubled by comparison with ten years ago, and now stands at 7.1 percent. Among the youngest cohort polled, it was over 20 percent.

There is no more weaselly expression in the modern lexicon than “identifies as,” which inherently emphasizes feelings over facts. I can identify as a nice person, but that does not mean that I am a nice person. Indeed, if most people who meet me abominate me, my self-identification as a nice person means nothing except (if I truly believe it) that I am deluded.

Asking people what they identify as is the natural consequence of what might be called the psychology and philosophy of the real me. The real me has nothing to do with the merely external me, the me that other people perceive through my conduct, manners, conversation, etc. The real me is a kind of homunculus who lives inside the merely apparent me, who preserves his innocence no matter what the apparent me may say or do. This is a very liberating psychological and philosophical conception of human life, because it means that a person can retain his belief in his essential goodness while behaving appallingly—as most of us would be naturally inclined to do from time to time.

“There is no more weaselly expression in the modern lexicon than ‘identifies as,’ which inherently emphasizes feelings over facts.”

It is because of the real me that many a sadistic murderer has told me that, “really,” he is a kind and generous person. A mother of a child who had just been caught burgling for the 250th time said on the radio that her son was a good boy, “really.” The true, the real, boy was not the one who broke into houses, causing misery to many, but the one with the cheeky smile, or some other characteristic.

In all this, we see the baleful cultural effect of the spread of psychotherapy, the search for the inner essence of a person and the explanation based on past trauma of his bad behavior and his current miseries. Once the buried psychological treasure is found, all will be well.

Multiculturalism—as an ideology, not as a fact—is another promoter, excuser, and rationalization of bad behavior. All you have to say to excuse your bad behavior is that it is part of your culture. Since there is no way to rank cultures, all being equal, your behavior is placed beyond criticism. And of course, if you must uncritically accept the cultures of other people, other people must accept uncritically what you claim to be your culture.

Everyone knows that cultures change, but almost any mass behavior soon falls under the rubric of culture. I was once the de facto vulgarity correspondent of a British newspaper that was not itself totally foreign to the charms of vulgarity, but which simultaneously thundered against vulgarity in others. The newspaper would send me to wherever young British people were gathering and behaving in vulgar fashion, so it was spoiled for choice, the British being not merely vulgar, but militantly vulgar, as if vulgarity were an ideology.

The newspaper sent me to Ibiza, at the time a focus of young British vulgarity. Hogarth’s Gin Lane was a Japanese tea ceremony by comparison with what I saw there, and it soon became clear that the people involved were proud to behave in the way that they did. It was not that they knew no better; it was that they knew better and wanted to transgress it as completely as they could. Indeed, they wanted the photographer who accompanied me to picture them in the most obscene poses possible so that millions of people could see them thus.

Some anthropologists used to divide societies into guilt and shame societies: In the former, it was an inner sense of sin that kept people on the straight and narrow, in the latter the fear of appearing to have broken the social rules in the eyes of their family, neighbors, etc., that kept them on the straight and narrow. I realized in Ibiza that we needed a third category of society: the neither guilt nor shame society.

When in Ibiza I managed to find someone not yet drunk enough that he was still able to talk almost coherently, I asked him what he thought the inhabitants of Ibiza must think of the behavior of the young British. It was not a matter to which he had given much thought because it was quite unnecessary to think about it. After all, the behavior of the young British was their culture and therefore beyond criticism. From what culturally Archimedean point could anyone level a criticism of it? It was therefore the duty of the people of Ibiza to put up with behavior that they might have found disgusting. In addition, their economy was dependent on doing so, and therefore any criticism on their part would have been hypocritical.

Under the influence of this school of thought, everyone has become a relativist, except when criticizing the behavior of others, when suddenly an objective moral standard returns. When he is criticized, he defends himself by means of relativism; but when he disapproves of something, he becomes as rigid as any puritan.

That is why licentiousness and puritanism coexist in our societies, not so much in equilibrium as in a violently seesawing manner. We reprobate pedophilia and sexualize children from an early age. We demand that everyone watches his tongue while the vilest abuse is the common language of discussion and dispute. I demand the freedom to express myself, but that you shut up if what you say offends me.

“Identifying as” is an expression that would be used only in a society of mass egotism, in which the self is an object of auto-idolatry. People—only some people, as yet—demand that others refer to them by the pronouns of their own choice.

I know nothing of China, but I rather doubt that there is anything similar going on there.