The Flight From White Down Under 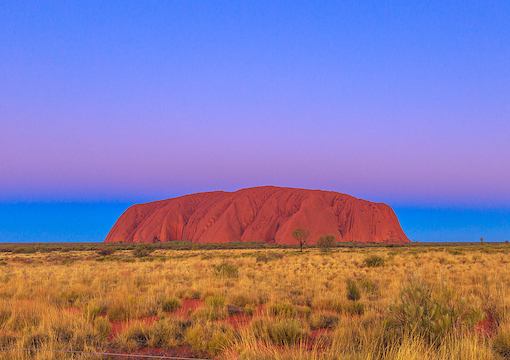 Granted, the concept of “white privilege” has already achieved mental hegemony, but is it true? It can be tested simply by measuring whether more people on the racial margins are attempting to pass from being considered nonwhite to white (as happened in the increasingly distant past) or instead from white to nonwhite.

Today, we see an increasing number of white-looking individuals, especially leftist female professors of grievance studies, striving for the privileges of being officially nonwhite.

This has become hilariously common in Australia, where the newspapers are full of the pathbreaking feats of the “first Indigenous” this or that, almost always with a photo of an extremely white-looking person. The number of Australians who identify as Aboriginal has been soaring, especially in the metropolitan areas of the east coast, far from Indigenous settlements in the Outback.

Full-blooded Aborigines, in contrast, are not doing well in modern Australia. In desperation, back in 2007 Canberra tried to cut down on the horrific rate of child sex abuse among Indigenous communities in Northern Australia by banning alcohol and pornography.

Outside of athletes, such as 1970s tennis champion Evonne Goolagong, nonwhite Aboriginals are seldom well-represented in the more competitive sectors of Australian life. They appear especially ill-equipped at generating critical-race-theory verbiage to lecture whites on their racial sins.

But whites in Australia will not forgo such a fundamental pleasure of the contemporary world, so a sizable caste of white-appearing academics and pundits has arisen to make their livings as professional Aborigines castigating the white man.

“A sizable caste of white-appearing academics and pundits has arisen to make their livings as professional Aborigines castigating the white man.”

Whites in Australia are never supposed to question the authenticity of these self-declared natives. But these experts themselves tend to be suspicious of each other’s Aboriginal bona fides.

For example, both The Australian and The Daily Mail’s antipodal edition recently ran articles on the complaints of two different female Aboriginal-identifying academics about “box-tickers” and “nine-to-five blacks” who get the career and financial privileges of being nominally Indigenous in 21st-century Australia without really being Aboriginal.

With another Australian census coming up shortly, both essays note that the number of individuals identifying as nothing but Aboriginal has been rising in this century far faster than natural increase could allow. (Similarly, in the U.S., the Navajo nation’s rolls exploded from 306,000 in 2020 to 399,000 in 2021 in order to cash in on federal coronavirus payouts handed out through the tribe.)

The Daily Mail reports Dr. Victoria Grieve-Williams (whose bio states that as a “recipient of three ARC DI grants, she has published extensively including on race and gender in Australian, Aboriginal and transnational histories”) as dishing about an unidentified rival in affirmative-action academia:

Dr Grieve-Williams says the woman is one of the growing number of Australians who claim to be Indigenous when they have no such ancestry.

“These people are sometimes called ‘box-tickers’—because they literally tick a box to say they are Aboriginal.”… Dr Grieve-Williams describes what they do as “Indigenous identify fraud.”…

“Universities and governments are employing so-called Aboriginal people without due diligence. High-level positions, huge salaries, great opportunities through Indigenous Business Australia, all of that’s being gobbled up. There’s no penalties, or checks and balances. These numbers are increasing.”

And in The Australian, Suzanne Ingram, a Ph.D. student in health communications who is “Chair of the Redfern-based Black Theatre Company, board member of Mudgin-gal Aboriginal Women’s Corporation and advocates for the Redfern Aboriginal Women’s Alliance,” explains how suspected academic impostors on the Indigenous gravy train sidestep her interrogations:

Box tickers have become adept at using defence strategies such as “lateral violence”—a concept that colonised people have internalised oppressive colonialist behaviours and turn on each other rather than the colonizers—to silence Aboriginal people who question them.

Strikingly, while both essays tattled on rival women professors, neither lengthy essay disclosed the specific names of the “box-tickers,” instead just describing them generally.

This reticence is presumably due to the 2011 Federal Court of Australia’s Eatock v. Bolt decision in which judge Mordechai Bromberg ruled that conservative pundit Andrew Bolt had violated the Racial Discrimination Act of 1975 by making fun of various fair-skinned professional Aborigines.

Even more strikingly, both of the new accusers themselves wear their hair blond. Grieve-Williams looks rather like Donald Trump’s first wife, Ivana, and Ingram resembles a Danish milkmaid.

That doesn’t prove that they (or, for that matter, their unnamed rivals whom they accuse of being fakes) have absolutely no Aboriginal ancestry. Even the whitest-looking Australians may well have considerably more nonwhite ancestry than, say, Senator Elizabeth Warren.

Naturalist Jonathan Kingdon theorized in his 1993 book Self-Made Man that while sub-Saharan genes for appearance seem to be dominant (which is one reason the U.S. subscribed to a “one-drop rule” for mixes of blacks and whites, but not for other kinds of crosses), the Aboriginal equivalents appear to be recessive. Whether that’s true or not, it has long been noted that while Aborigines often have some of the blackest skins on earth, intermarriage with whites rapidly produces much whiter-looking descendants.

That genetic quirk influenced the Australian humanitarian progressives now reviled as racists for organizing the “Stolen Generations” of half-blood boarding school students. Before the development of antibiotics in the 1940s, full-blooded Australian Aborigines were dying off from tuberculosis and other novel diseases. The half-white children of Aboriginal mothers tended to be more resistant to Old World infections, but they were often neglected and abused by their sickly and alcoholic Aboriginal relatives.

So, reasoned the social workers, why not raise them in white ways in boarding schools, allowing them to find a place in the modern world and thus marry into the general population? Because Aboriginal looks tend to be relatively recessive when mixed with European looks, within a couple of generations their descendants would be largely indistinguishable from the Aussie majority.

This integrationist approach was the opposite of the American segregationists’ one-drop-of-blood rule that made it wrenchingly hard for American families to pass from black to white.

Of course, as we all know now, those reformers were The Worst People of All Time.

Ironically, however, I would guess that many of the white-looking woke academics who today go on TV in Sydney to tell whites what to think about the horrors of the “Stolen Generations” are themselves—at least the ones who aren’t utter LARPers—the fortunate descendants of those rescued from Aboriginal ignorance by the demonized residential schools.