The Genteel Touchiness of Academics 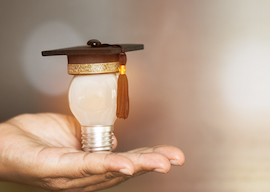 The dubious value academics assign to cultural diversity, I argued in one of my earliest columns, stems from their own peculiar and highly competitive experiences in academe. Although cultural diversity produces nothing so much as strife, like children on the playground, academics feel obliged to pretend everyone else’s toys are cool too, for how else could so many egos tolerate one another? “Pretense is the heart and soul of literature,” my beloved Leopardi said long ago, and the cynical belief is true of intellectual life generally.

Interpersonal pretense easily carries over to group pretense. Just as some trite and derivative scholarship on how Mansfield Park is really just a mask for class interests is supposed to be of equal value to Marjorie Perloff’s brilliant close readings of T.S. Eliot and other poets, so academics are supposed to believe all groups have equal abilities. Thus, lack of “racial parity” becomes ipso facto evidence of discrimination. After all, what else could account for the unequal states of affairs that we find, well, everywhere?

The obvious problem with this perspective is that there’s no empirical justification for the belief that all groups have equal abilities. What’s really at work here is a certain moral delusion. For a number of reasons—pity, envy, irrational guilt about the past—many people want groups to have equal outcomes. And so, when they don’t find them, they’re motivated to perceive discrimination in situations where it’s not present.

The irony is that this faulty perspective is itself a source of many injustices. For instance, virtually every academic discipline now has hiring quotas for women and minorities, a practice that is the very antithesis of meritocracy and that is also common in the corporate world. The result, in both domains, is lesser work and the debasement of standards, both of which make nations less competitive internationally.

What is more, anyone who inquires disinterestedly into group differences, or supports the right to do so, may incur the wrath of the ignorant but self-righteous academic mob. The latest victim is the social scientist Noah Carl, who is on a postdoctoral fellowship at St. Edmund’s College, University of Cambridge. A young, untenured, and therefore vulnerable scholar, Carl dared to defend intelligence researchers who work on race, genes, and IQ, as they understand these concepts and their relationships. The view that racial differences in IQ are influenced by genes is extremely controversial. Although this is not my field, from a logical point of view, the heated controversy seems strange to me. It’s uncontroversial that individual differences in IQ are influenced by genes. This, indeed, is one of the most replicated findings in psychology. Race is not a social construct, and every individual is a member of some race or races. Of course, it’s much harder to obtain proof regarding races than it is to obtain proof regarding individuals, because the former requires a much larger data set and the methodology is necessarily more complicated. Still, it’s hard to see how could there be a genetic contribution to individual differences in IQ, but not also to racial differences in it.

“What’s really at work here is a certain moral delusion.”

Anyway, it is not evident, according to Carl, that racial differences in IQ are influenced by genes. A serious scholar, Carl advocates open inquiry on this difficult and fraught subject, about which people may certainly have reasonable disagreements. In the current climate, anyone who dissents from the environmentalist orthodoxy on race and intelligence should expect to receive lots of criticism, much of it rather biased and unfair. But the way Carl was treated was especially egregious. As with last year’s Amy Wax and James Damore controversies, Carl’s critics didn’t substantively engage his work. They simply denounced him, while attributing to him the worst of motives, also without justification.

Signed by 300 senior academics, “Open Letter: No Place for Racist Pseudoscience at Cambridge” expresses concern that “racist pseudoscience is being legitimised through association with the University of Cambridge.” Asserting that Carl’s scholarship is “ethically suspect and methodologically flawed,” the signatories call for “St Edmund’s College, the University of Cambridge, and the Newton Trust to issue a public statement dissociating themselves from [Carl’s] research.”

The signatories also call for the University of Cambridge to

immediately conduct an investigation into the appointment process that led to the award of this fellowship. Such an investigation, which should be independent of St Edmund’s college, must involve recognised experts across relevant disciplines, and include a thorough review of the appointee’s body of academic work.

On Twitter, the excellent social psychologist Lee Jussim responded with his usual honesty and discernment:

The denouncers are an embarrassment. Few, maybe none, actually have any expertise in the same universe as Carl’s to be in a position to call his work incompetent or “pseudoscience”….

They should be ashamed…. American Studies? Critical Race Theory? History? Pharmacology? The intellectual arrogance is sickening.

Increasingly common, and intended to ruin people’s careers, these sorts of irresponsible denouncements suggest that academics, on the whole, are simply not as intelligent as people tend to believe. There seems, moreover, to be a kind of inevitable general debasement that results when great numbers of people go to college and have professorships. You don’t need to be a logician to see that it’s not obviously mistaken, let alone a moral evil, to believe that IQ differences among races reflect a genetic basis. Likewise, a person who holds that unequal outcomes between the sexes are largely due to different interests and aptitudes is not sexist for that reason. Yet here, too, one is pressured to submit to the conformist academic crowd, or else seem a bad guy.

In our cognitive economy, achieving social distinction primarily depends on intelligence and conscientiousness. (Of course, forces beyond our control also are important, namely, sheer luck and knowing the right people.) If, however, physical strength were the most significant factor, then people would be similarly anxious about group differences concerning it. Group differences, in themselves, are value neutral. But because people very much want to matter in the eyes of others, and because intelligence is so crucial when it comes to appearing successful, they assign tremendous importance to IQ.

It is this moral perspective that produces so many bizarre perceptions of and judgments about matters in which moral evils are not actually present. Carl’s critics are all too happy to appear righteous, to make others think they’re standing up against racism. And yet, their zeal to denounce and sheer intellectual laziness betray that what really motivates them is an underlying will to punish. Or in other words, the pleasure they take in cruelty. Such pleasure is usually obscured by means of self-deception. Finally, there is the immense social value that results from this farce. Said David Hume: “Where ambition can be so happy as to cover its enterprises, even to the person himself, under the appearance of principle, it is the most incurable and inflexible of all human passions.”

I have argued that, like the dubious value academics assign to cultural diversity, academic denouncements derive from class anxiety and envy. There also seems to be a significant element of class conditioning in the common academic touchiness. Anyone who has spent much time with working-class people probably has noticed that they tend to be less restrained in their manner and speech than middle- and upper-class persons. They’re noticeably freer—more direct and frank—and their sensibility is less thin-skinned. To be sure, relatively few working-class people get very far in academe, which is uniquely stiff and humorless.

Having less to lose than their social betters, who are expected to follow moral groupthink, working-class people tend to say things that the Joneses and those who want to keep up with them don’t. Having experienced material hardships that “the privileged” haven’t, working-class people are generally hardier, less inclined to make much about mere words. And when they’re offended, they’re generally more straightforward and assertive in their behavior, less evasive and indirect.

In order to understand these class differences, think about black culture as opposed to the genteel academy. From Redd Foxx up through Dave Chappelle, blacks have comprised many of America’s best comedians. These are not blue bloods or legacy kids, and so much the better for them, because artists flourish when their imaginations have absolute freedom. Nor is that virtue possible if they’re answerable to genteel pretense.

When rappers today battle and dis one another, one may be reminded of the wonderful gusto with which, before our stuffy time, intellectuals engaged in mental combat. “Saying therefore,” said William Empson, “is like giving someone a bop on the nose.” Centuries earlier, the great Greek poet Pindar had boasted that he is “an eagle soaring sunward,” while other poets “vainly croak like ravens,” or “feed low like chattering crows.”

You men who, like me, grew up playing sports surely recognize the aplomb and exuberant delight with which athletes talk trash, and here too we find working-class people are disproportionately represented. More’s the pity for academics that, even as they have to endure each other’s prickly egos, they are so uptight besides.