The Golden Age of Humbug 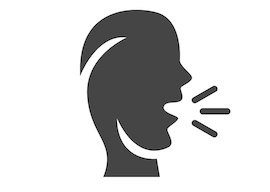 It was the late Marshal Mobutu’s great economic insight that bribery was a transaction involving two parties. Whether it is more blessed to give than to receive I cannot say, because it depends on the circumstances. In over-regulated states it certainly cuts through a lot of red tape and thereby conduces to efficiency, if not to good character.

The only time I have ever paid a bribe was at Lagos Airport. The customs officer asked me whether I had brought any presents.

‘No,’ I replied, with naive literal-mindedness. ‘I don’t know anyone in Nigeria.’

I think I must have blushed (despite the heat) at my own simplicity, but I did at least grasp the situation fairly quickly. I handed him a small amount of money and he was all smiles. Indeed, we had a good laugh about it. If I had mounted my high moral horse, I think I would probably still have been in Lagos Airport. I began to think I had done something rather fine, worldly and broadminded in dashing him (as they put it) a small sum. After all, anyone who has been to Lagos knows how difficult life is there.

As with bribery, so with offense: it is a transaction. Again it is difficult to say whether it is more blessed to give than to take offense. There are certainly some who delight to give offense and some who equally like to take it. The psychology of giving and taking offense is an important subject in these times of inflamed outrage and inability of people of opposing opinions to be in the same room together and remain civil.

For myself, I do not set out to give offense even in the name of truth. There are many social situations in which it is right not to express one’s true opinions if one knows that they will cause offense. Being a truthful person is not the same as always taking the opportunity to say what you think. Everyone should always keep in mind Voltaire’s dictum (I sometimes forget it myself) that the way to be a bore is to say everything.

“Being a truthful person is not the same as always taking the opportunity to say what you think.”

But there are, of course, occasions when not to voice one’s true opinion is pusillanimity rather than social grace. Here again, though, the object is not to give offense but to voice a truth, or at any rate what one considers to be a truth. The desire to shock for the sake of shocking is itself profoundly adolescent, though one should not shrink from shocking if it is to some worthwhile or serious purpose. On the occasions when I have shocked only in order to be shocking, I have always come to regret it. I think there are many things that should not be said even though it is (legally) permissible to say them.

Taking offense is another matter. It is the obligation of citizens in a free society to be able to take offense without demanding protection from the laws, in other words to bear with tolerance the opinions of others that they consider repellent or disgusting. If we treat being offended as a harm in the same way that being run over and injured is a harm, we are destined for the tyranny of enforced silence.

While those who are, or rather claim to be, made of psychological eggshells, such that they are seriously harmed by hearing something that they consider offensive or shocking (usually, in the modern world, something against the fleeting orthodoxy of the moment), requiring therefore special protection or privileges for themselves, they are also rather proud of their alleged friability, because it shows how very good they are. This is because only a person who feels things deeply can be offended to the point of suffering harm. Our lack of resilience is a sign of our superior sensibility.

A hypocrite is a person who espouses one ideal and practices something else. Except for those very few, rather frightening people among us who behave with absolute and unyielding conformity to their principles, we are all to an extent hypocrites. A humbug, by contrast, is a person who claims more exalted, deeper or supposedly more virtuous feelings than he actually has. He is the kind of person who claims not to be able to sleep at night because of the situation in Outer Mongolia. Mrs Jellyby, in Bleak House, is a humbug but not a hypocrite. Hypocrites know what they are doing, but humbugs are self-deceivers.

Hypocrites have ideals that they fail, more or less egregiously, to live up to. Humbugs claim ideals that are beyond the possibility of people, or at least the vast majority of people, genuinely to feel. There is overlap between the two, of course, and they are not mutually exclusive. But the humbug is far more dangerous. At worst the hypocrite is a rogue; but the humbug is so wedded both to his conception of himself and to his attempt to deceive others that he does not in the least care about the practical consequences of his humbuggery when it is made the foundation of policy. Any number of people may be sacrificed to preserve the exaltation of his pseudo-feelings.

A great deal of modern outrage, especially on university campuses, is humbug, but its underlying falsity does not mean that it is without serious practical effect. It prevents the other side, or sides, of an argument from being heard, it creates an atmosphere of fear, and above all its sets up a kind of arms race in which the shrillest person becomes the most vulnerable, the most hurt and therefore the most virtuous. ‘Be ’umble, Uriah, be ’umble,’ said Uriah Heep in David Copperfield. These days, were he to return, he would say, ‘Be vulnerable, Uriah, be vulnerable.’ Vulnerability is the new strength, a tool to blackmail humbugs.