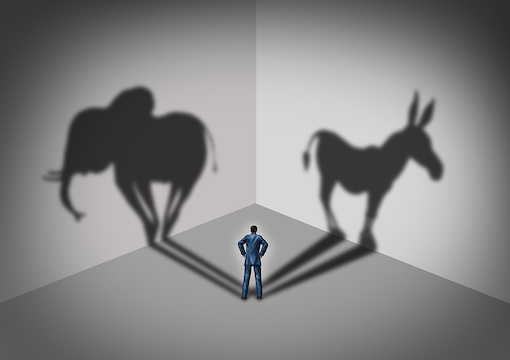 There are “bad” takes, and then there are takes that make you stop dead in your tracks, stare blankly ahead, and say to yourself, “Well, we’re fucked.”

Liz Peek is a Wall Street and petroleum industry cockroach who’s become an unavoidable presence these days on Fox News, where she’s a regular contributor on air (Varney & Co., Making Money With Charles Payne, After the Bell, The Evening Edit, Your World With Neil Cavuto, Fox & Friends) and on the Fox News website. Peek is a die-hard Trumpist, and in fact her son Andrew served under the president as Deputy Assistant Secretary of State for Iraq and Iran before becoming the National Security Council’s Senior Director for European and Russian Affairs…until he was escorted off White House grounds by security in January, I’m assuming for stealing cutlery.

Liz Peek is the culprit behind the aforementioned “bad take to end all bad takes.” Indeed, the op-ed that she penned for Fox last week should’ve been dedicated to Michelle Carter. Remember her? She was the Massachusetts woman who was convicted of manslaughter for ordering her mentally troubled boyfriend to get back into a carbon-monoxide-filled truck after he chickened out during a suicide attempt.

The gist of her piece is that BLM has been unjustly victimized by Joe Biden, Kamala Harris, and the Democrat Party. See, the Democrats—and didja know that they’re the real racists?—exploited poor BLM in order to win in November, and then betrayed and abandoned the “civil rights” org after emerging victorious. Peek portrays BLM as abused lil’ waifs who won the election for Biden—“Biden happily rode BLM’s coattails” to victory—but “now that Black Lives Matter activists have served out their useful purpose for Democrats—energizing Black and White liberal voters to turn out for Joe Biden—they have apparently been dumped by the president-elect.”That’s pretty much what Peek was doing to the GOP in her op-ed.

“If BLM is welcome in your party or movement, who isn’t?”

Peek urges the spurned sweetie-pies of BLM to come over to the GOP, where the real anti-racists reside!

Peek isn’t alone in those sentiments. Also last week, Rob Smith of Turning Point USA told his 200,000 Twitter followers that BLM organizers “were used for votes, and are now being cast aside.” On a Fox & Friends appearance, Smith complained that Democrats were using and abusing BLM “just like African American voters have been used in the past.” The problem for BLM protesters is that the Democrats “don’t care about them,” Smith solemnly concluded.

In a separate post and video, Smith applauded BLM members for “revolting” against their Democrat-aligned leaders. After all, Smith explained, the rank-and-file BLMs are just “trying to build communities and make their streets safer.” So yes, good citizens of BLM, ditch your leaders and come over to our side!

This echoes what Turning Point USA’s main Twitter account proclaimed months ago: “the BLM movement is FLOODED with Free Market Capitalists.” Yes, BLM embodies the true spirit of America, and TPUSA drove that point home with a video about how BLM is all about “black entrepreneurship and capitalism” in pursuit of “the American dream.”

In fact, the TPUSA video doesn’t profile BLM radicals but black vendors selling merch to BLM radicals, but who cares about such minor deceptions when there’s a larger point to be made: BLMs are natural Republicans!

Capping off a week of “welcome BLM into the big GOP tent” rhetoric, in a now-deleted tweet, Angela Stanton-King, the failed GOP congressional candidate and MAGA darling from Georgia who Trump pardoned this year for her role in a car-theft ring, posted a cartoon that portrayed BLM as a black woman who’s been raped and abandoned by Biden.

“Mister Biden, sir, now that we are finished with this, I was hoping we could talk about a few things,” the ravaged black woman meekly asks.

“Bitch please!!! I already got what I wanted from you,” a laughing Biden responds.

So this is how we’re playing it, huh? BLM is the sympathetic victim of racist Democrats. BLM represents good old-fashioned American values, and dangit we’re gonna win ’em over to our side because that’s how not-racist we are!

With Biden (at least at the moment) not playing ball with BLM, we’re gonna spin it as “He betrayed those poor sincere social-justice-seeking blacks, who should come join the Party of Lincoln,” as opposed to using Biden’s justified concerns and justified caution about BLM to help rally voters against BLM, against “defund the police,” and against Soros-style anarcho-tyranny?

Side note: The “Party of Lincoln” shtick doesn’t work on people who hate Lincoln.

Instead of saying to voters, “BLM’s platform is poison, as evidenced by the fact that even Biden rejects it,” we’re gonna say, “Biden rejected it, which means it must be good, so let’s align with BLM to prove that Biden’s the true racist, not us.”

This represents the brain disease that’s slowly killing not just the mainstream right but the MAGA right as well. A lunatic fetish to gain black votes and disprove “our side’s” racism that has metastasized to such an extent that we’re now trying to peel black votes away from BLM. It was nutty enough for GOPs to obsess over winning “the black vote” in general. But now we have influential rightists arguing that the party should go after the explicitly anti-white, pro-criminal, anti-cop black vote. Why? Because what better way to prove with finality that Biden’s racist and we’re not than to woo the blacks who are too batshit crazy and hateful for the Democrat establishment?

A simple fact: BLM is a terrorist organization. It is nothing more than that. It’s a loose affiliation of thugs, Marxists, thieves, muggers, and murderers, united by an ingrained and irrational hatred of white people and Western civilization, and a fanatical desire to end the very concepts of policing and incarceration, to give criminals free rein to terrorize the law-abiding. That BLM is not crashing planes into police stations and white residential neighborhoods 9/11-style is due solely to the fact that not a soul within the movement has either the available credit to reserve flying lessons or the IQ to comprehend them.

And speaking of al-Qaeda, when Obama first took office, there was some concern that he was going to be sympathetic and servile toward Muslim extremists. And in many instances (his support for Swat Valley sharia autonomy in Pakistan and the Muslim Brotherhood in Egypt), that appeared to be the case. But in those rare instances in which Obama did the correct thing and didn’t cater to Muslim terrorists, no one on the right was demented enough to say, “Oh, those poor terrorists! Obama betrayed them because he’s the real Islamophobe! Al-Qaeda should understand that the GOP is the party of tolerance, where every Charlie Hebdo-attacking Boston Marathon-bombing Muslim can come join a big tent of American values flag pins Thomas Sowell Lee Greenwood color-blind free market!”

Appealing to disaffected terrorists in order to ding your opponent or prove your own virtue and tolerance is a sign of incurable mental illness. To put it another way, if BLM is welcome in your party or movement, who isn’t? What standards are left? What do you stand for? What are you against? Obviously not burning down cities, beating white folks in the streets, demolishing small businesses, and attacking police.

To be clear, Biden/Harris did not “ride BLM’s coattails” to victory. That’s pure schizophrenic delusion, and, like all dissociative fantasies, dangerous too, because implicit in the falsehood is the notion that BLM has the ability to positively influence national or state elections. BLM did not help, and only harmed, Democrats in down-ballot races (statehouse and congressional especially). Biden admitted as much when he didn’t know he was being recorded. Obama has made the same point as well. Yes, national Democrats handled the terrorists with kid gloves (and in some cases directly encouraged them), but they were hardly alone. A great many Republicans were equally hesitant to condemn BLM, because we live in a country where nothing is more important than not offending a favored 13% of the population.

BLM did not deliver the White House to Biden, and it’s troubling that some on the right want to popularize that talking point just so they can make Biden look like a “betrayer.” But again, that’s the brain sickness talking, the disease of “nothing matters but that we don’t look racist and they do.” I’d argue that GOPs could have won even more down-ballot races had the party been even more aggressively and outspokenly against the BLM domestic terror campaigns. And I think this recent spate of “poor abused BLM” talking points indicates that the party (or at least the national party leadership and its mouthpieces) can be counted on to do the most suicidal thing possible by promoting the notion that it’s the GOP’s duty to win over the terrorists because “mean old ‘party of KKK’ Joe Biden doesn’t really care about you…but we do!”

And this isn’t just a Con Inc. thing. Yes, the GOP establishment absolutely wants to popularize the notion that BLM gave Biden the presidency, because if BLM has such power, then surely the GOP should avoid condemning the radicals, because such a powerful bloc, such an influential constituency, should not be alienated. By promoting this line of thought, the GOP can excuse its reluctance to directly confront BLM by name. But Trump’s MAGA minions are marching in the retardation parade as well. With Trump inevitably exiting the White House in January (sorry, krakens), all the MAGAs have left to boast about is that small increased share of the black vote their god-king won. So they too have a vested interest in courting BLM, because they’ve adopted a warped view of “winning” in which elections don’t matter half as much as getting a few new black folks to wear MAGA hats.

The months to come will prove instructive. There will be more BLM unrest. Somewhere, in some city, a white cop will shoot a black criminal. And BLM will riot again. And GOPs, and MAGA stalwarts, will have to decide how to respond. The smart move will be to use the unrest to make political gains by emphasizing that the right stands for law and order, and against antiwhite violence, police defunding, and everything Soros.

And because that’s the smart move, count on it not happening. Instead, expect lots of yammering about how “those poor neglected blacks are only rioting because Biden and the party of racism have failed them.”

The next, inevitable round of BLM violence can be a potential gift horse for the GOP. But true to form, Republicans will decapitate that horse and place the severed head in their own bed with a warning to themselves not to displease the rioters.

Leave it to rightists to Corleone themselves into acting against their own interests.