The Gospel of Taki 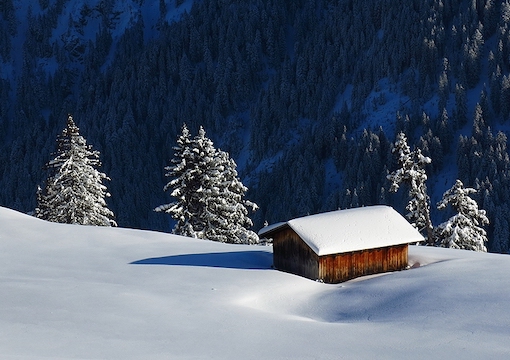 It’s nice to be back in good old Helvetia again, but as the holiest of holy days approaches, I cannot help but think of my friend Jeremy Clarke and his struggles. Philosophers have dealt with life’s problems starting with the Greeks, yet not one of them was able to pin down man’s ultimate defeat: death, that is. The one who did manage it was no philosopher, just a simple carpenter, and his take on it has given more comfort and hope to us mortals than all the eggheads put together. Nowadays we have doubters who see us believers as dark-age ignoramuses; you know the kind I’m talking about—smelly, bearded, lefty, conceited know-it-alls. But even Charles Darwin believed in God, so who are these modern clowns to doubt him and his son?

Mind you, who am I—a very fortunate man—to talk about pain and death? We’re all hostages, as far as I’m concerned, to fate or destiny or whatever you want to call it. When religion that is now equated with ignorance and superstition gave way to science that we now equate with fact and reason, it was the beginning of the end. Has man seen a worse century than the 20th? The senseless slaughter of young men during World War I should have had the generals on both sides lined up against a wall and shot, their bodies given to wild animals for Christmas. Instead, their statues are still around. Two atomic bombs dropped on innocent Japanese women and children was as great a crime as I can think of, yet Truman’s statue stands proudly near my Athenian home. George W. Bush is a sort of hero to Americans because of his folksy manner and tangled syntax, while the foul neo-cons who planned the war in Iraq walk around Washington with their ugly heads held high. One million dead, I suppose, is not enough to shame them. Israel’s cruel treatment of the Palestinians and arbitrary appropriation of their land now overshadows that greatest of crimes, committed against the Jews by the Nazis.

“Take it from me, life can be beautiful if one only has beautiful thoughts.”

I’ve been finding lots of faults with today’s America as of late, only because no one in the land of the depraved ever practices what they preach. Land of the free sounds fine, but dare to say a word that is not politically correct and the mob demands your head. Canceling people over one wrong word has become very American, but also in Britain one’s canceled the instant they pronounce it. John Locke, everyone’s favorite philosopher at the time of America’s founding, tolerated everyone except atheists: “Those are not at all to be tolerated who deny the being of God.” The good philosopher insisted that the taking away of God even in thought dissolves us all.

Try to tell this to some of those monstrous-looking females who refer to women as people with cervixes, and watch the ghastly ones go bananas. The trouble with the left has always been intolerance, and their way of thinking has always been how things should be. That is why they look as troubled and downright frustrated as most leftists do, both men and women. Take it from Taki, life can be beautiful if one only has beautiful thoughts. Forget hating and envying people who are better off, richer, better-looking, and have better-looking wives or hubbies. It’s the luck of the draw. Stop being antisocial and hateful. Try going to church and see how cleansed and hopeful you emerge. Believe you me, as they say, it is the exact opposite feeling when emerging from a nightclub, and I’m one who knows.

Sometimes I think that anti-Christians take Christ more seriously than true believers do. They’ve turned Christmas into a commercial affair and to hell with anything spiritual. If you don’t buy things you’re a Scrooge. Jesus performed miracles of love and mercy, but also warned of eternal damnation and attacked the Pharisees. Jesus was no pushover, nor was he exactly a luvie. At every step he made enemies and brought his crucifixion closer. His modern enemies don’t try to disprove his miracles, they simply assume he never performed them. In my mind, there is no way the Gospels were made up by four simple men who put such resonant words into the mouth of Jesus. His words endure.

And help me endure the hardships of old age. I recently wrote about the hangovers. Fighting with much younger men is almost as bad. I thought I had broken my shin after I kicked my friend Richard and he blocked it the only way he knows how: brutally and effectively. I didn’t even flinch in order not to show weakness, but that night I couldn’t sleep because of the throbbing pain. I have a week off, fortunately, and am limping around town. Last time someone blocked me that hard was in Japan, probably the most Christian country I know, although the religion of almost 99 percent of the population is Shinto. I say this because the Japanese love each other, allow no foreigners to settle their peaceful nation, respect and venerate their ancestors, and are brave and fearless, and after thirty years of financial depression Japan is still the third-largest economy in the world. Work, in Japan, is not a four-letter word. To all readers a very happy Christmas and a wonderful non-woke New Year.