The Grateful vs. the Guilty 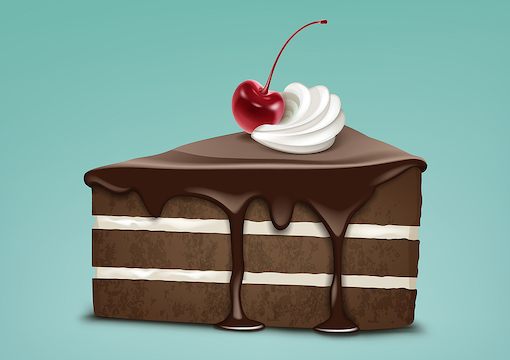 Unlike you, who are reading this column on Wednesday, while writing it I didn’t have a clue what happened in Tuesday’s elections.

Then again, owing to how election-counting has slowed over the years due to the disinvention of the computer or whatever, you may not either. But you probably are more inclined to hear me opine on partisan politics today than you are on most Wednesdays.

So, I’m going to offer my highly stylized models of the appeal and inherent problems faced by the two parties, Republican and Democrat. Depending upon your turn of mind, you may find it disappointing or relieving that, unlike with my recent data-crazed columns, I’m going to go easy on presenting statistical evidence, in part because there will be all new data after Tuesday, and because it’s less work to just wave my hands around and paint word pictures rather than evaluate my theories with numbers.

“In general, big institutions such as academia, media, and tech have been increasingly closely aligned with Democrats, with a massive chilling effect on freedom of expression.”

To my mind, the Republican Party suffers from the contradictions of being traditionally the party of the executive class but also increasingly lately the party of the working class. I’m not sure if the inevitable economic conflicts between management and labor within the modern GOP can ever really be squared in the long term.

One fundamental problem is that most of the expertise at complex tasks like changing the tax code is of course found at the higher economic level. Moreover, working-class Republicans lack large institutions thinking hard about how to make subtle tweaks to benefit them, the way that, say, sixty years ago the AFL-CIO employed numerous smart lawyers, economists, and lobbyists to dream up reforms to benefit working-class Democrats at the expense of executive-class Republicans.

Perhaps that helps explain the Trump cult of personality: the hope that at least one guy will fight for you because all the enemies he’s made means he doesn’t have any other friends.

In general, Republicans lack institutional support. For instance, a 2020 Bloomberg study of the political contributions made by employees of 100 major employers found only two skewed more toward giving to Trump rather than to Biden: the Marines and the New York Police Department. Good men to have in your foxhole, no doubt, but most of the time the employees of Google and Harvard (at both, 95+ percent of those who donated to a presidential candidate gave to Biden) are better positioned to put their thumbs on the scale.

The GOP has engaged in effective institution-building to keep conservatism intellectually viable among judges via the Federalist Society, but that’s a rare exception. In general, big institutions such as academia, media, and tech have been increasingly closely aligned with Democrats, with a massive chilling effect on freedom of expression.

Hence, Republicans tend to be dependent upon individual ideological entrepreneurs. Sometimes that works. For instance, a couple of years ago Christopher Rufo finally solved the problem of how to talk about growing antiwhite defamation without mentioning antiwhite defamation, which the media won’t allow and with which most moderate and conservative whites are uncomfortable anyway: use the academic label “critical race theory.”

Other times, Republicans lack the intellectual firepower to succeed.

On the other hand, the Democrats have been trying hard during the Great Awokening to give the two economic classes within the GOP at least a common cultural ground in defense of reality and sanity. Democrats derive much benefit from being so closely allied with the commanding heights of media, tech, and academia, but they also can reap a few consequences when those institutions go truly nuts, as they did after George Floyd’s demise.

My basic model of the two parties is that contemporary partisan politics are shaped by the increasing diversity of the population. The Democrats have positioned themselves to be the party that benefits from growing identity heterogeneity due to immigration and the socially fragmenting effects of modern communications technologies that, for example, allow the marketing of new identities like transgender. In turn, the Democrats, not being stupid, push the social construction of more diversity to further benefit themselves.

But when phrased in a way that undecided voters can easily comprehend, such as the “Great Replacement,” Democrats are outraged that they don’t have an intellectual response and are only able to sputter in anger that it’s a debunked conspiracy theory. For example, last month Washington Post columnist Dana Milbank thundered self-defeatingly:

The whole notion of the bogus “great replacement” conspiracy belief is that some nefarious elite is scheming to import immigrants of color to marginalize White people. In reality, it will be almost a quarter-century before White people are no longer a majority in this country….

As the Great Replacement proceeds, the Democrats have shifted, without even noticing it, from being the party of minority rights against the suffocating majority to the majoritarian “our democracy” party.

The downside for the Democrats of being the party of diversity is that diversity is divisive. The Democrats, having assembled a coalition of the fringes of American society, such as blacks, transgenders, lesbians, immigrants, the alienated, and so forth, must constantly deal with spats among their constituents, who are endlessly jockeying to be at the top of the totem pole of victimization.

So far, the main solution Democrats have come up with to hold their coalition of the margins together is to demonize core Americans as the joint enemy.

Not surprisingly, this tsunami of racist and sexist hate has increasingly alienated core Americans and the many who admire and identify with the Founding Fathers.

What do I mean by “core Americans”?

This is not to assert that all Old Americans are Republicans. There’s a clear south-to-north gradient that corresponds to David Hackett Fischer’s layer cake theory of the four founding British populations—New England Puritans, Pennsylvania Quakers, Appalachian Scots-Irish, and Lowland Southerners—spreading west along their somewhat separate latitudes.

There is a psychological divide as well. Among whites, Republicans tend to be people who feel grateful to be Americans, while Democrats tend to be those who feel guilty.

Interestingly, Old American Northerners tend to have inherited more wealth from their ancestors, who won the Civil War, than did Old American Southerners, whose riches by 1865 were, as the saying goes, gone with the wind.

That’s relevant because the vaunted struggle for “equity” is a drive to expropriate some of your home equity as reparations.

Not surprisingly, this push has run into increasing resistance.

And the Democrats often shoot themselves in the foot because the logic of their rhetoric causes them to valorize the most troublesome elements of their unwieldy coalition. Thus, in this decade, the two big winners in the internal struggle among the Democrats’ coalition of the marginalized have been the most crime-prone, blacks, and the most crazy, the transgender.

Back in 2009, I advised Republicans to position the Democrats as “the black party.” But instead, the Democrats did it to themselves during their “racial reckoning.” And in a move I could not have imagined just thirteen years ago, they threw in the trans as the cherry on top.