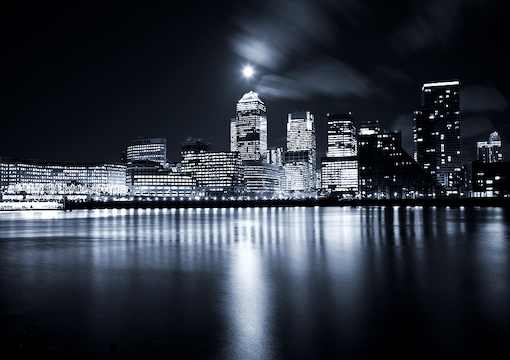 NEW YORK—“The City of London Is Hiding the World’s Stolen Money,” screams a Bagel Times headline, as bogus a message as that caricature of a newspaper’s other captions of an antiwhite, anti-cop, anti-male, and anti-Conservative platform. (“Bid the binary goodbye,” is another pearl.) Not that anyone takes the Bagel Times seriously any longer since it decided that whites are very bad people, and that it will cover only Blacks (capitals for them, lowercase for us). Still, I found it amusing that London is responsible for the shame of the Pandora Papers, when most of the miscreants involved are third-world dictators and Eastern oligarchs.

Never mind. A newspaper that consistently shades the facts to suit its agenda—even book reviews are assigned to well-known haters of the subject reviewed—is not to be taken seriously, and it’s not, but as I’m traveling and feeling good, I will for the second week running defend the very rich. For starters, it’s only the very rich who are clobbered when investing in Silicon Valley start-ups that go belly-up. Those below a certain net worth are not allowed by law to invest. Mark one for the common man and woman. When a start-up implodes, as most of them do, the very rich take it with their chin up, while the media laugh like hyenas. But the working stiffs are safe by having been excluded from the start.

I am too bored to read the Pandora or Panama disclosures; suffice it to say when a nation like the Central African Republic’s leader and his sons, the notorious Teodoro Obiang clan, lord it over one of the world’s poorest nations but own yachts, private jets, and tens of houses in Paris and Beverly Hills, something’s very wrong. The same applies to President Kenyatta, whose name appears in many a list but is seen as a good guy by the West. Whereas I find nothing wrong when those who worked and took chances to make their money legally minimize their taxes and obscure their assets. Let the hacks make up stories about “global anger” over the rich-poor divide. Globally, the poor are too busy trying to make a living to be angry at the divide.

“I remember once upon a time when people actually looked upon those who were richer as a target to reach, not to disparage.”

If the envious ones really wished to stop the rich hiding their money, they should go after the source. Places like Dubai, Monaco, the Cayman Islands, and good old Panama, among other playgrounds less known to the poor little Greek boy. What I would like to know, however, is what is wrong with trying to shield one’s children and grandchildren from unscrupulous extortionist politicians who live off the taxes paid by the rich? I understand emotional resentment by those with less toward those with much, but it’s the latter who keep things really going, and that’s the awful truth, like it or not. Here in the Bagel, the New York Post revealed that 65% of Bagelites pay no taxes at all, the billions dished out each year by the state to the less fortunate coming from the less than one percent of the very rich. No one seems to be complaining about this the last time I read about Pandora and Panama.

So, is there a global anger over the rich-poor divide, and are the very rich the bane or the salvation of humanity? I’d say neither, except in the mind of envious busybodies who remain fixated on equality as the highest ideal. Mind you, offshore trusts, tax loopholes, and shell companies rig the system for the bad-rich guys; but what about the good-rich guys, why should they be labeled with the crooks? Why can’t they legally shield their wealth from illegal seizure by politicians and public officials?

Over here in the Bagel most of the blame for Panama and Pandora is aimed at the Brits. “The global game of deceit played for decades by the wealthy and their functionaries in the city has eroded the rule of law and stripped away citizens’ trust in the system.” Bad Brits. You should copy your American cousins, who steal openly then settle out of court, or earn billions after causing the deaths of 500,000 innocents. Stupid Brits! Again, never mind. There is a visceral hatred of the wealthy here in America led by the media and the Twitter mob, but I remember once upon a time when people actually looked upon those who were richer as a target to reach, not to disparage. Hollywood has taken care of that; when was the last time you saw a film that showed a rich person as a good one? Most people today believe that the rich have an unfair advantage over the rest, and yes they do, they have more money, but that’s like saying that someone with more brains should be punished for it.

In order to lighten up a bit, here’s a female reviewer in the Bagel Times and her reaction to a book about Peter Thiel, a German-born entrepreneur who is a self-made billionaire but a Trump fan and a so-called political kingmaker: “As I read it, I grew colder and colder, until I found myself curled up under a blanket on a sunny day, icy and anxious. I tried to tell myself Thiel is just another rapacious solipsist, in it for the money.” Are we being serious? Is this a book review or a revenge opus written by someone wearing resentment-colored glasses? Someone better send her a fur coat, and soon.