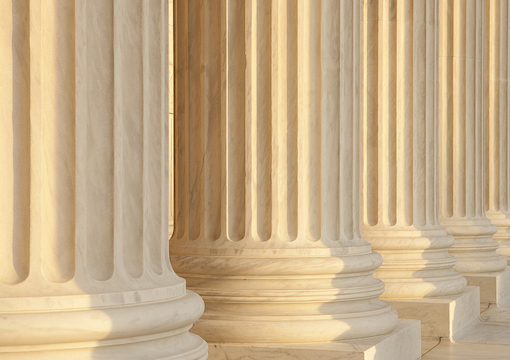 Senator Mitch McConnell, the Republican Senate, the White House, and all those who wish to see an objective, balanced Supreme Court need to better explain the justification for nominating individuals such as Amy Coney Barrett.

The manner in which such nominations are put forward by Republicans is done so with an air of triumph and arrogance that gives the impression that Republicans are trying to pack the court with conservative ideologues who will vote the way Republicans and conservatives want. The messaging tends to be that “the end justifies the means” (especially considering the past Merrick Garland situation) and essentially: “Whoopee we got another one of OURS on there to give us the policies WE want—yay!” This a major turnoff for many people—not just Democrats and liberals—and taints the nominee and the process, which should not be political.

There is nothing wrong with celebrating a quality nominee. But Republicans neglect to explain why “originalist” jurists are the right choice for America—that such nominees are needed to level the playing field that has been illegitimately tilted by the left for the past seventy years. This message is subtlety in the background when it should be front and center. The White House nomination announcement on 9/26/20 emphasized Judge Barrett’s qualities, experience, and qualifications but makes only one mention of her “upholding the Constitution as written, and not legislating from the bench.” This needs to be the central message: that nominees like Judge Barrett create a fair and impartial court that is different from what the Democrats seek in a Supreme Court justice. It is the liberals who seek justices who shape the law and policy, not conservatives. So, again, the reality is that conservative-appointed justices, who are objective and put their personal views aside, are needed.

In fairness to the Democrats, some of their greatest court policy gifts have come from Republican-appointed judges, which shows that Republicans have not been very good at picking objective judges. Eisenhower infamously appointed Earl Warren himself, as well as William Brennan, who, The Atlantic points out, “lead the Court to its liberal zenith.” This does not include other stealth liberal policy-making justices such as David Souter (George H.W. Bush) and Anthony Kennedy (Ronald Reagan). Democrat-appointed justices, however, have never failed to disappoint (and even surprise) their liberal supporters.

This does a huge disservice to the reality of why judges like Judge Barrett are needed on the Court: They are needed as a defensive, not offensive, measure. They are a response to the political left establishment that has been able, often unintentionally, to pack the court with subjective-based judges for almost seventy years—30% of the history of the Constitution. Therefore, the message that should be clearly conveyed is the simple truth: that by nominating judges like Amy Coney Barrett, Republicans are only leveling the playing field—not tilting the playing field, like the media defines it. Republicans are so focused on their good fortune to fill a vacancy that they fail to actively take on the media narrative about packing the court with conservative ideologues. While your average rank-and-file, going-to-work-every-day, conservative-minded citizen can be forgiven for this, the leadership of the Republican Party certainly should not. It is a huge error in messaging.

“Republicans neglect to explain why ‘originalist’ jurists are the right choice for America.”

Judge Barrett is one of the most impressive people around today—at least based on the information so far. She has tremendous intellect, honesty, transparency, and integrity. This woman will never be a politician, as she seems devoid of the attributes typical for political advancement: obfuscation, self-aggrandizement, and the desire to serve the party machine above all else.

The expansive view is logically corrupt for two reasons, although I certainly understand the motivation behind it, as much of it is positive and reasonable. Expansiveness violates what a judge must be: objective. If judges shape their decisions based on their policy preferences or advancement of some goal, they are making the law, which is not their constitutional role; it is the legislative role, hence a corruption of their duty and therefore an abuse of power, even if it is believed done for the common good. This should be obvious to all.

Nonetheless, some judges take it upon themselves to insert their policy preferences into their rulings—whether the vast majority of the public agrees or not. These judges become “heroes” and “champions,” which is highly intoxicating to any human’s ego and sense of power. This is probably the most corrupting influence, besides money, on normal, well-intended people who choose a life of politics. They are celebrated with star treatment by the irrefutably leftist-dominated media and are sought-after speakers who receive plaques and awards ad nauseam.

When Antonin Scalia died, he was begrudgingly honored for his intellect; when Ruth Bader Ginsburg died, she was and is celebrated for her social justice, ceiling-shattering, humanity-saving influence. Quite the difference. Which would you choose: being called a homophobe and a sexist like Scalia or being celebrated by adoring fans like Ruth Bader Ginsburg is?

This in no way is to say that public opinion should be relevant to how judges decide cases; in fact, quite the opposite. I only mention it because expansive judges subsume the legislative role, which is heavily based on what legislative constituencies (“The People”) desire. In the absence of saying otherwise, the framers intended these issues to be left to the people (admittedly to the increasingly dysfunctional and low-regarded Congress).

This is where the Republican messaging fails. During Judge Barrett’s nomination hearing before the Senate Judiciary Committee in 2017 for the 7th Circuit Court, Senator Mazie Hirono openly questioned her Catholicism and ability to objectively interpret the law and essentially concluded that she couldn’t (see 1:13:45). Other senators followed suit, including Senator Dianne Feinstein, claiming that “the dogma lives loudly within you,” and my senator, Richard Blumenthal, righteously peppering her with questions on whether she agrees with the Roe vs. Wade ruling, the right to privacy, or whether the Constitution contains unenumerated rights. Even though Professor Barrett politely and repeatedly made clear that precedence cannot be affected by personal opinions, he and the other sham Senate interrogators were of course not convinced.

Consider Roe vs. Wade. Regardless of whether you agree with the right to abortion or not, you will not find anything remotely (okay, maybe very remotely) related to the issue in the Constitution. The majority ruling is based on a constitutional right to privacy found nowhere in the Constitution—even if one assumes that a right to privacy includes abortion. The long and winding indirect linkages in the case to other cases are so convoluted (should you ever undertake the task of reading it in its entirety to try to make sense of it) that it makes the ruling illegitimate. One could just as well argue that the due-process clauses make abortion unconstitutional because they mention “person” and “life.”

And by the way, Judge Barrett has been clear that she thinks Roe vs. Wade is essentially settled law and doesn’t see it being overturned (although it does seem likely that she would vote in favor of state limitations that do not currently exist or have been overturned in other courts). A key attack point has been her signing a 2006 anti-abortion statement calling for an end to abortion as barbaric. This is not a surprise—she is openly anti-abortion, which is her preference and opinion and which she says time and again should not influence a judge’s rulings. This should be a dead end, but many, especially those in the media, can barely hide their disdain and unhappiness, as clearly reflected in this early prenomination clip from CBS News, not to mention the outrageous claims of her adoption of Haitian children as being racist and the act of a white colonizer. The attacks are getting hotter by the day.

Which brings me to the second reason why I think the expansive view is corrupt: There is a clear system in the U.S. Constitution to allow it to be amended. It has occurred 27 times so far, so obviously it can be done. Granted, requiring 3/4 of the states to ratify it is not easy or fast. But that was the intent of the framers—to avoid changes based on passing whims. If there were no mechanism to amend the Constitution, perhaps the expansive view would be more understandable. There is a mechanism to change it, including changing the mechanism itself or anything else, if the people, not judges are so determined. The Constitution is at the core of what makes America special and has enabled our system of government to survive for so long. The fact that modifying it is a difficult and lengthy process is not a good enough reason to circumvent it.

Conservatives need to make clear that they appoint/push to confirm justices because they seek objectivity on constitutional interpretation. That they are being nominated to restore objectivity and balance to the Court, not tilt it. These judges have it correct: They won’t make up rights; they will leave policy-making to the people through the legislative process. They will bring serious legal writing utensils to offset the unfettered creative crayon writings of the activist left judges who currently sit on the Court.