The Jews Are Ye’s Misfortune 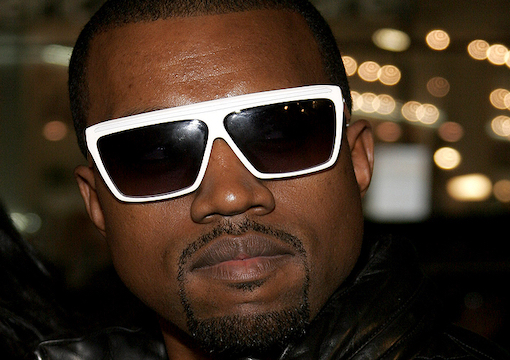 I could start with the “why do you still trust Tucker?” angle. Carlson prefaced his now-infamous Kanye interview with an assurance to you, the viewer, that even though Kanye’s detractors claim the man’s mentally ill, he isn’t: “Is he crazy? No, he’s not. He’s not crazy at all.” That’s a direct quote. Yet Tuck knew when he uttered those words that he’d had to edit out footage in which Kanye clearly displayed mental instability (ranting about impostor children kidnapping his kids, Louis Vuitton assassinating black people, a divinely inspired plan to build “free kinetic energy cities,” and blacks being the real Jews, which is why Margaret Sanger wanted to exterminate them on behalf of the KKK).

Tuck must’ve known that the excised footage would eventually leak (even he can’t be so stupid as to think that in 2022 you can bury embarrassing video), but he also knew it wouldn’t affect your opinion of him when you learned he misled you.

“In his fevered, dissociated way, Kanye broached the topic of Jewish overrepresentation in managerial and ownership positions in music and sports.”

I could take that angle, but I’m always ragging on Tuck; I’ll give it a rest this week.

Another possible angle is the fanboying by conservatives about how Kanye is “on their side,” and how it lays bare the hypocrisy of these imbeciles who, behind all their mockery of pompous, ignorant Hollywood celebrities, are in fact deep-green envious that Democrats get to hang with showbiz superstars. The average conservative would slobber over Alec Baldwin in a heartbeat if he were “on their side.”

But you guys don’t need another lecture from me about Hollywood conservatives. At least not at the moment (because I’m never gonna stop picking that scab).

I could explore an angle that focuses on the Kanye reactions I’ve been seeing on the far right (the rightists who dabble in race): “Kanye speaks the truth! At last, someone willing to take on the Jews!”

You know a movement’s dying when it has to rely on the mentally ill for its spokespeople. This is something nobody on the far right likes to talk about, but the fact is, the thought leaders who can rationally and persuasively write about issues of race (not just Jewish stuff but matters involving IQ heritability and race and crime) are aging out, and no one’s replacing them. Where’s the new generation of Taylors and Brimelows? My colleague Steve Sailer isn’t old by normal standards, but it says a lot about a movement when the 64-year-old guy is “the kid.”

The young generation of far-rightists are LULZers who can’t (or have no desire to) discern between a Jared Taylor book and a Kanye rant; the intellectualism is dying off with the intellectuals. I saw the same thing happen with Holocaust revisionism: The smart guys whose hard work attracted the attention of people like Christopher Hitchens and John Sack either got chased out (as I did) or died off, leaving only the lunatics and retards. That’s why today there’s no rational revisionism left; only the two extremes of 6 million dogmatism and “Holohoax” denialism.

That’s what’s coming for race rationalism. Look at it like this: Every year thousands of young people leave college prepped to talk and think like Ibram Kendi. They have the pseudoacademic jargon down pat; they know how to make the nonsense sound reasonable. But where are today’s young Charles Murrays? Chased out because the market doesn’t allow them to thrive, and the bullies don’t allow them to exist. And what are we left with? Memers and groypers who see an obviously mentally ill black man and cheer, “He shall lead us!”

Same with tranny ideologues. PhDs, medical doctors, those who are able to make the most batshit insane notion in world history seem like science, are being churned out daily. And what does the right have in response? Matt Walsh, who does a decent job countering tranny nonsense but then has to blow it by adding off-the-wall “based” bullshit about satanic anime and teenage girl fertility.

You can go into a pediatrician’s office at any major U.S. hospital and consult with an MD about slicing off your 13-year-old daughter’s healthy breasts, and that doctor will gain your confidence by maintaining an appearance of professionalism, keeping his personal perversities to himself, because he’s goal-oriented: His desire to mutilate your kid and grow rich while doing so is greater than his desire to self-indulgently speak of personal obsessions that might scare away a patient.

Young rightists, on race or trannyism, don’t possess that level of discipline. In part because leftism, by virtue of having so many “intellectual” Jews in the upper echelons, is top-down. Ten years ago, what average black American had ever heard of “CRT”? Yet now they can’t live without it. They had to be told they need it. Twenty years ago, what suburban white Democrat mom knew that gender is something you guess about when your baby’s born? Yet now those same moms are disfiguring their own children, so strong is their belief in a “truth” they were only recently informed of.

Rightists, on the other hand, are bottom-up: It’s the base that tells the “intellectuals” what they need to believe. “I can’t trust that guy unless his manias mirror mine. Satanic possession! Cookie-monster Holohoax! Energy-controlling weather-weapons! You better agree with me about those things or I’m not supporting you, you cuck, you controlled opp.”

“Hey, Michelle Malkin, you fossil; wanna hang with us cool-kid rightists, you better defend our ‘Red Cookie Report’ Holocaust denial. The only way to prove yourself to us is to sacrifice your credibility for us.”

So of course these guys embrace Kanye. The nuttier he gets, the more “based” he is. The more he kamikazes his career, the more he can be trusted. Rightists prefer cocooning away from the “normies,” whereas leftists try to remake the normies (and therefore society) in their image, by persuasion, coercion, or force.

So that’s another angle I could take, but I won’t.

Instead, here’s the angle that interests me:

In his fevered, dissociated way, Kanye broached the topic of Jewish overrepresentation in managerial and ownership positions in music and sports. Unlike the “blacks are the real Jews” gibberish, this claim is not false. “Black Israelite” “Jews drinking baby blood” nonsense is never perceived as a genuine threat by ADL types, because only marginalized schizos believe those falsehoods. But Jewish overrepresentation in business, finance, entertainment, and medicine is a real thing, one that the ADL would always prefer not to discuss.

Marcus’ take (expressed in a series of tweets, condensed here): Sap the antee-Semites of their power by teaching the real reason for overrepresentation:

No excuse for (Kanye’s) comments whatsoever. But I think they illustrate a need in our discourse on Anti-Semitism to address the very real over representation demographically of Jews in certain sectors, banking, entertainment, etc. Teach kids the historical roots of why Jews predominate in certain sectors. Remove the mystery. The truth is rooted in large part in the fact that Jews were forbidden from owning land for 1,000 years and focused their wealth and income on more liquid and mobile sources. Jews needed wealth and forms of income that were not land or property based. So they took to banking and music/theater. Which were not tied to the land.

That’s indeed the standard story, and it makes total sense. Prevent someone from being a farmer, and obviously they’ll become a banker or vaudevillian. Those are the only two options. The Dust Bowl directly led to an explosion of musical theater and comedy clubs across the Great Plains. Grapes of Wrath? More like Japes of Wrath, amirite?

In fact, the “land” cliché is far more convenient than explanatory. Indeed, it’s been directly challenged by the recent scholarship of Maristella Botticini of Bocconi University and Zvi Eckstein of Tel Aviv University, who point out that the timeline simply doesn’t jibe: Jews in Europe abandoned agrarian pursuits long before there were any landowning restrictions, and Jews in the Muslim world did so even though there never were any such restrictions.

In Botticini and Eckstein’s telling, Jews who were super into being Jews were also super into traditional Jewish mandates like literacy and the education of sons. Armed with literacy and education, these Jews found they could make a lot more money away from the farm. Meanwhile, Jews who stayed farmers tended to be less into Talmudic stuff and more likely to take the easy way out and convert to Islam or Christianity, thus removing themselves from the Jewish gene pool.

So (and this is my spin on Botticini and Eckstein), successful literate Jews with the IQ to leave the farm and excel in higher-paying professions remained Jews and kept breeding as Jews (because Jewish mandates like literacy and education were essential to their success), while Jewish dirt-farmers, who were less concerned with literacy or education, were absorbed by conversion-hungry “sales quota” Muslims and Christians obsessed with numbers over IQ.

As UC Berkeley’s Professor John Efron points out, in the 1600s educated Polish Jews (doctors, especially) could own land. So in an inversion of the “Jews & land” cliché, rather than becoming white-collar because they were banned from owning land, becoming white-collar allowed Jews to own land. It should be added that Jews made up a hugely disproportionate number of European doctors even during the centuries when they were prohibited from attending the continent’s medical schools (half of all Western European doctors were Jews during the Middle Ages), another flaw in the theory that Jews were pushed into occupations based on Christendom’s restrictions.

Of course, absent from the work of Botticini, Eckstein, and their contemporaries is any mention of IQ…because these guys wanna have books published. They can examine Jewish literacy traditions; they can even mention how Jews remained insulated as Christians and Muslims sought quantity over quality. But they can’t examine the inheritable IQ aspects of the matter.

Marcus and others use the “land ownership prohibition” theory to make it seem like “t’was the circumstances not the people! It could happen to anybody! Hey, black folks, if you’d been prevented from owning land in America, and prevented from attending medical schools, you too could’ve produced half the nation’s doct…oh, shit. Forget I said anything.”

Yeah, it’s great to clap along to Kanye’s auto-tuned beefs about Jews owning everything. But in the end, you’ll find yourself clapping for things that harm whites, too; you’ll be joining the chorus of envy over smart people reaping the rewards of being smart.

What Jews have done with their influence is another matter; and I’ve written about those harms many times. But as far as how they got that influence, if you’re pissed about that, if you’re furious that high-IQ people are overrepresented in white-collar professions, next time your mom needs a medical procedure, be like Kanye and take her to a black doctor.

Ye’s a based motherfucker who not coincidentally no longer has a fucking mother. Follow this “genius” at your own risk.