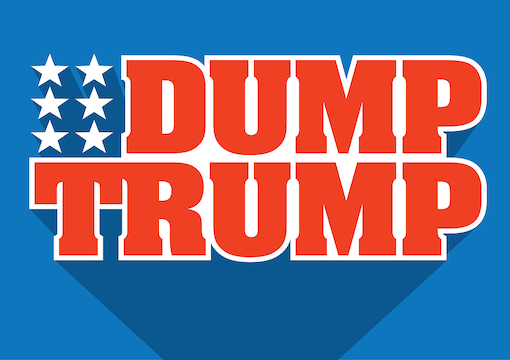 1996. A beautiful night by the beach, cruising PCH with my lady-friend Veronica. She was barely 21 but damn did she do drugs like an aged Deadhead. Me? After seven years in Holocaust revisionism, I was looking for new company. And Veej (my nickname for her based on her initials) was my conduit. You never found revisionists at underground raves.

And Veronica, who was not smart but perceptive (there’s a difference), said, “Dave, I’ve been to your Holocaust meetings. You know lots of Hitler lovers. I’m not saying you wanna know them, but you do. And they’re freaks and ghouls.”

I glared at her in faux anger until we broke out laughing because of course she was right. In the 1980s and ’90s it was simply not possible to be involved in Holocaust revisionism without rubbing shoulders with Hitler fanboys. They were part of the scene. Back then, before the internet, you could somewhat control them, keep them in the background, prevent them from becoming the face of revisionism. But hoo Nelly, were they ever there.

There were two levels of Hitler fanboyism: “moderate” and “extreme.” Moderate Hitler fanboys (and according to Google I’m the first person to ever string those three words together) saw in der Führer a missed opportunity: Christendom in the 1930s could’ve used a good, strong bulwark against communism and degeneracy. Hitler could’ve been that dude, but dangit the guy ended up goin’ plumb loco, because the U.S. and U.K. kept goading the poor sod until he fell into their trap. And then he made some truly awful calls and did some messed-up shit.

Ah, but the extremist Hitler fanboys, to them their guy could do no wrong. Every decision he made was golden. What some describe as “bad calls” were actually genius chess moves and strategic necessities; you just don’t know it because the media lies about him at every opportunity. He never killed nobody, though he should’ve, and sure he lost the war but it would’ve been lost worse if not for his brilliant maneuvering (this part is never explained, because it was literally not possible for Germany to have lost worse).

I’m making this point for a reason. It’s been 76 years since Hitler sieged his last heil, and there are still fringe dumbasses out there protecting his honor. I know this not just because I mixed with them thirty years ago, but also because to this day, if I write a column or do a podcast in which I mention Hitler’s declaration of war against America, I’ll hear from dipshits whining, “AKSHULLY, Hitler DIDN’T declare war on America, if you read the declaration carefully enough!” And if I mention the fatal error that was Barbarossa, I’ll hear from dipshits whining, “AKSHULLY, Hitler had no choice but to invade Russia because Stalin was about to invade Germany!”

“Realize that you’re not actually pining for a man but for a lost opportunity, and then realize that it was the man who blew the opportunity.”

Now, both of those claims are completely untrue, but that doesn’t matter to the fanboys. Seventy-six years on, they’re still excusing his mistakes, still blaming everything on media bias, still accusing his enemies of “setting him up,” still robbing him of agency while simultaneously attributing to him preternatural instincts. This pathological drive has rendered these cretins of no use to anyone but their ideological foes, who employ them as bogeymen to trot out as reasons to censor the internet or pass hate-speech laws.

Yes, you can still be pining for a failed God-king three-quarters of a century after he died, and in so doing, you can make yourself not just irrelevant to current events, not just a detriment to your supposed cause, but a royal pain in the ass to those around you.

Maybe you see where I’m going with this cautionary tale.

This is the bitter legacy of the Judas Savior. The guy who was supposed to be “the one” who would deliver you from evil, but who, in the end, delivered evil right to your front door. Hitler is a prime example of a Judas Savior. While Hitler was not even remotely a champion of “whites” (as I’ve previously pointed out, he despised Slavs and hoped to eventually erase them as a people), he was certainly the champion of native Germans and Austrians. And yet his poor decisions—not the machinations of Roosevelt and Churchill nor the “fake news” from the “lamestream media”—ended up bringing the Russians straight to the heart of his beloved fatherland.

Researchers have estimated that two-thirds of all women in Berlin were raped by Soviet soldiers following the city’s fall. “Red Army soldiers don’t believe in ‘individual liaisons’ with German women,” Russian soldier Zakhar Agranenko wrote in his diary. “Nine, ten, twelve men at a time—they rape them on a collective basis.” “The Russian soldiers were raping every German female from eight to eighty,” Soviet war correspondent Natalya Gesse noted.

And as those German women were being violated, as they were crying out in pain, begging for relief from the torment, it’s too bad that someone couldn’t have slapped some sense into their stupid heads by pointing out, “Oh, so you’d rather HILLARY had won?”

I’m not making a Trump/Hitler analogy. I’m talking about human nature, and I’m trying to present a gentle warning to MAGAs about what they risk becoming if they don’t let go of the man. And the first step to letting go of the man is realizing that the man isn’t all he’s cracked up to be. That “this is what they took from us” meme is deadly. Trump was a windbag who never missed an opportunity to miss an opportunity. Yes, everyone was against him. But also yes, he was ineffectual and malleable and the ones who “took him down” were not NYT editors or FBI spooks but rather the people he chose to surround himself with in his inner circle.

You know the Twitter thread that Tucker Carlson read on air a few weeks ago? The one we’re all supposed to believe is so devastatingly insightful? The one about how the 1/6ers were totally normal until the media and the FBI and the election thieves “radicalized” them with their lies and deceit? Bullshit. In every political party and ideological movement, there are nutcases. And the nutcases have a role to play. But you can’t pander to them too much; they can feel empowered, but they must never be empowered.

A not-insubstantial percentage of Republicans believed that Obama “stole” the 2008 election (just as a huge percentage of Democrats believe that Bush “stole” 2000 and Trump “stole” 2016). The loons, the stupid, and the gullible are always there; it just comes down to how much a politician wants to engage them.

Trump’s presidential aspirations launched with an unsuccessful attempt to activate the loons. In 2011, he thought he could ride Obama birtherism to the White House. It was a miscalculation, and it failed. And remember who was front and center dissuading Trump from such stupidity? Ann Coulter. The same Ann Coulter whose book ¡Adios, America! would—by Trump’s own admission—inspire the platform that won him the White House.

Ann’s a friend, so I’ll muster the temerity to paraphrase her: She basically told Trump, “Stay away from the crazy stuff. Embrace a real issue (immigration) that is central to this nation’s very survival, an issue that resonates with ordinary Americans, from cattlemen to steelworkers to minimum wagers.” And it worked. But after getting elected, Trump did damn near everything wrong—from straying from (or completely ignoring) his platform and promises, to surrounding himself with swampy neocon quislings, to mistaking tweets for legislation, to openly denouncing Ann when she tried (again) to bring him back to reality. And when white 2016 voters abandoned Trump in 2020 (a simple truth backed up by all available data) and he lost to a fossilized resident of a dementia ward’s terminal wing, Trump reverted back to 2011: Activate the loons! Except this time, the loons listened, because Trump, by his “miraculous” victory in 2016 (not miraculous at all—he just appealed to white working-class voters with an issue they cared about), had now developed a cult-like following.

So when he called up the crazies, the crazies answered. Krakens! Execute Pence! Venezuelan ballot-stealing robots! Don’t vote in Georgia—it’s rigged! And hey—let’s march on the Capitol with absolutely no endgame!

I have several friends who were Capitol stormers. Me being who I am, we frequently discuss WWII history. And to a man they believe that the Reichstag fire was a false flag engineered by Hitler to accelerate the abrogation of the rights of Germans who opposed him. Imagine that—believing that an attack on a capitol building after the election of a despot can be used by that despot as an excuse to crush dissent, and then attacking a capitol building after the election of someone you believe to be a despot and expecting a different result. “Hitler planned the Reichstag fire, man, because he knew he could use an attack on the capitol building as an excuse to take away people’s rights! Hey, I’ve got a great idea—let’s go attack the capitol building!”

Now, the Reichstag fire was not a false flag; a commie really did start it because he didn’t like the election results. And indeed, Hitler used the incident to suppress rights and punish opponents. And a bunch of Trump fanboys who knew that history Reichstagged themselves right into prison, in the aftermath undoing decades of macho Second Amendment posturing about how “the government should fear the people” by using as their defense, “Hey, we’re just mentally ill eccentrics and losers and nerds who couldn’t hurt a fly.”

Trump is a bell curve. Appealing to birthers in 2011 (losing). Appealing to the heart of foundational America in 2016 (winning). And then appealing to retards again in 2021 (losing and salting the earth for all who come after).

Let go of the man. Realize that you’re not actually pining for a man but for a lost opportunity, and then realize that it was the man who blew the opportunity.

And BTW, regarding Holocaust revisionism, we lost that battle. Once the internet decentralized the “movement,” the Hitler fanboys took over, and now it’s all them, and rational historical revisionism is dead. That’s important to me, as that was my life’s work. But in the big picture, it ain’t no thing.

Losing America would be a thing. So lose Trump, and lose the fanboys, before we lose something actually irreplaceable.