The Limits of Punishment 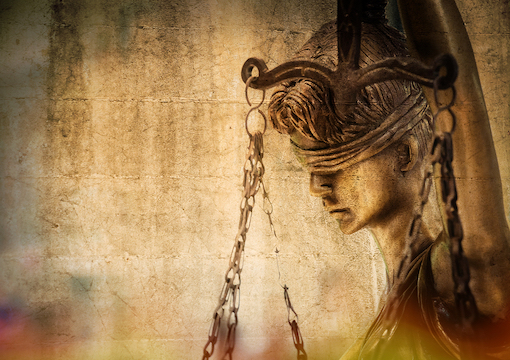 A British court has just ruled that a couple accused of procuring the murder of a boy age 11 in India, whose life they had insured for a large sum of money, could not be extradited to India to face trial because they might, if found guilty, be sentenced to life imprisonment without possibility of parole, which is against rulings of the European Court of Human Rights. The little boy’s brother-in-law was also killed in the assault on him.

There was a lot of prima facie evidence against the couple. Where someone is murdered whose life has just been insured for a large sum of money, especially where he is the kind of person whose life one would not expect to be so heavily insured, it usually gives the police a strong clue as to the culprit. My experience of such murders (I hasten to add as a doctor in a prison) is that the murderers do not usually waste much time or money on paying the premiums before trying to cash in on the death of the dear departed.

The ruling by the British judges is extraordinary. If the couple were tried in Britain, they might well face a life sentence without possibility of parole, notwithstanding (and in defiance of) the ECHR, just as they would in India. But even apart from this, there are two aspects of the ruling worthy of notice, the first being the ECHR itself, and the second being the concept of parole, which is completely incompatible with the rule of law.

“You can always find something more horrible than the last.”

The ECHR opposes life sentences without possibility of parole because they do not allow for remorse, repentance, or rehabilitation on the part of the culprit. In other words, the judges of the court could not imagine or conceive of a crime so heinous that it was, ipso facto, automatically beyond the reach of remorse, repentance, or rehabilitation; and this on a continent in which scores of millions had been murdered in recent history. If those responsible for these millions of murders had said, “I apologize, I now realize that what I did was wrong and I promise never to do it again,” that would have been enough for the court.

As to parole, it is in clear contravention of the rule of law, for it lightens punishment of or punishes the prisoner by releasing or failing to release him, based upon inherently doubtful speculations as to his future conduct. But punishment can be justified only by the undoubted record of what someone has done, not on uncertain speculations about what he might or might not do in the future. Sentences should therefore be determinate. They might be too long or too short, but that should be for a court of appeal to decide. The people who administer parole are no doubt well-intentioned, but it is not difficult to deceive them. The demand for expressions of remorse will call forth a supply of expressions of remorse, especially where there is a reward (release from prison) for expressing remorse. Furthermore, while I am genuinely remorseful that I ate too much for dinner last night, I would not if I were a betting man place a large wager that I would never again eat too much for dinner. This is surely a fairly common human experience.

In its ruling, the British court did not allege that the couple to be extradited would not receive a fair trial in which they would have a chance to defend themselves. If that had been alleged, it would have been (if true) a genuine derogation of the couple’s human rights—but it was not. The sole ground for refusal of extradition was that the hypothetical punishment would be cruel.

The allegation against the couple was that they had adopted the small boy, who came from a poor family, and that they had promised to bring him to Britain to have a better life. To this his own parents agreed. They then insured his life and hired killers to kill him.

In the annals of crime, no doubt, it would be possible to find even worse cases than this. As the poet Gerard Manley Hopkins put it in another context (that of states of mind), “No worst, there is none.” You can always find something more horrible than the last. And since punishment should be more or less proportional to the gravity of the crime, and since also there is a limit to the severity of the punishment that can be imposed in civilized countries, one might argue that the most severe punishment available should be reserved for the worst crimes—and this case, as we have seen, is not the very worst that can be imagined or has occurred. And since, moreover, the most severe penalty available to the court (at least where the death penalty has been abolished) is life imprisonment without possibility of parole, it should not be imposed in this case.

But if severity of punishment is limited by the need to remain civilized, and punishment should be roughly proportional to the gravity of the crime, it does not follow that no one should receive the most severe punishment for any crime that is less than the worst that can be imagined or has ever been committed. There is a level of gravity that merits the most severe punishment that can be meted out, and anything worse can only be punished by the same level of punishment. The principle of proportionate punishment holds only up to a certain point, beyond which it cannot go. And, if the couple are indeed guilty of what is alleged against them, they fully deserve the most severe punishment that a civilized society can inflict on them, even if worse crimes are sometimes committed. Their crime, after all, was not one that could have been committed in a fit of absence of mind or a rush of blood to the head. Moreover, moral culpability is not to be measured on a simple linear scale. If four people instead of two had been killed as a result of the couple’s orders, the crime would have been twice as bad in its results, but not straightforwardly twice as bad morally.

The court’s ruling seems to me both arrogant and decadent: arrogant because it assumes its own moral superiority and presumes to teach others a lesson, and decadent because the lesson it seeks to teach is both morally wrong and redolent of feebleness masquerading as generosity.