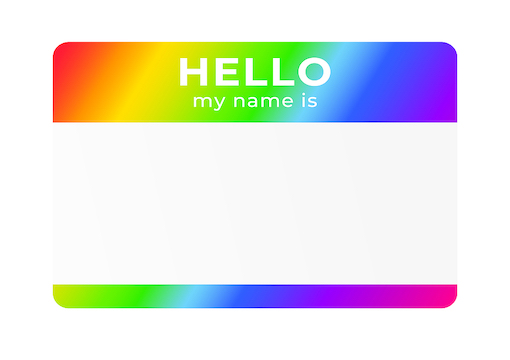 In the preface to the second edition of Brave New World, Aldous Huxley said that anyone who wanted to establish a modern dictatorship would be advised to allow the population complete sexual freedom and freedom to take drugs, leaving everything else to the control of the dictatorship. In my gloomier moments, I can’t help thinking that this is the condition at which we have arrived, though I know that gloom is not a perfect guide to reality.

In France there is a projected law that would allow people to choose as their surname that of either their mother or their father, and for children to change sides, as it were, once they reached maturity, fixed for the purposes of this projected law at the age of 13. There was no widespread agitation in favor of such a law; rather it is a response to a feminist demand that surnames should be put on a basis of reality. Given that single parenthood is now commonplace, and that most children living in single-parent households live with their mothers rather than their fathers, the law—if passed—will result in the feminization or matriarchalization of surnames. After all, many if not most single mothers have no particular desire to immortalize the names of their inseminators.

“A tiny pressure group exerts a huge influence on the legislature and legislation, like a panzer division slicing through the countryside with practically no serious opposition.”

But even in two-parent families of what used to be the traditional kind, the new law could, and probably would, provoke conflict. If a child is free to choose his surname, it would find itself in a situation in which it would be obliged to do so. One can just imagine the scene: a parent asking a child whether it wants to take the name of Mummy or Daddy, thereby favoring the one and disfavoring the other. Taking the hyphenated names of both is only a temporary expedient, available to the first generation at most, for there must be a limit to the number of names anyone bears, even in the Spanish and Portuguese traditions. Besides, which should come first? And however mature or accepting the parents may be, however reasonable or forgiving, the worm of jealousy is bound to enter the fruit of their love for their children. To ask a child whether it prefers Mummy or Daddy is to stir a psychological hornets’ nest.

True, according to the proposed law, the choice must be made once and for all; for once a mature person aged 13 has made its choice, it is stuck with it for life, unless it later changes its name altogether, which at the moment is a long and difficult process not to be undertaken lightly. The new law does stipulate, however, that a mature person should be able to change his or her surname, usually to the mother’s, by a very simple procedure, online in fact.

The stipulations of the new law are not strictly logical, or at least consistent. If one is allowed to choose in the first place, why not be allowed to choose and choose again, as many times as one likes, so that sometimes one is Jones, the child of Mr. Jones, and sometimes one is Smith, the son of Ms. Smith, according to taste and circumstances? Of course, this might be a boon to those fleeing the law, who desire a different identity: One robs as Jones but is arrested and questioned as Smith.

There are a couple of important points to be made. First, this is an instance of how, in modern democracies, the tail comes to wag the dog. This is happening with increasing frequency. A tiny pressure group exerts a huge influence on the legislature and legislation, like a panzer division slicing through the countryside with practically no serious opposition. Preemptive appeasement seems to be the main stance of the political class faced by such pressure groups: Not believing in anything much itself, except in its own survival, it is prepared to defend nothing, resist nothing, and fight for nothing. Tiny pressure groups, being monomaniacs, are therefore always fighting asymmetric wars: The subject of their monomania is all-important to them, but of marginal importance to everyone else. The pressure groups are like tiny insects making the life of a large beast intolerable. The easiest way to get rid of them is to give in to them and give them what they want.

The second thing about the law is that it seems to extend the realm of choice, the assumption being that choice is always and everywhere an unmitigated blessing, and that nothing (for example a system of naming) must be accepted not because it is fully rational, or because it accords with everyone’s deepest wishes, but simply because the acceptance of convention that is not obviously harmful in itself is a way of avoiding conflict. In some countries, people drive on the right, in others on the left. The one is not intrinsically better than the other, but to give people the choice, on the grounds that to do so would increase their freedom, would be silly, to put it no higher.

The refusal to accept that some things are beyond our personal choice is gaining ground, as a kind of mad egotistical Prometheanism. A man in the Netherlands wanted to reduce his age by about twenty years in order to be able to attract younger women than he was able to do at his real age, and appealed to the courts to change his date of birth (after all, he still felt frisky). The court refused, but the request was no more absurd than that of the ability on request to change the sex on one’s birth certificate, as is now possible in Britain, a falsification of history that out-Stalins Stalin, and would probably even have made old Josef Vissarionovich laugh at the absurdity of it. Apparently also, a man in Canada “identified” first as a woman and then as a wolf. As the advertising slogan puts it, be all you can be.

Reality, however, is not so easily mocked. When the American mystic Margaret Fuller said that she accepted the universe, Thomas Carlyle is reported to have said, “By gad, you’d better.” Now, of course, we have alternative universes.