The Lynching of a Black Jogger 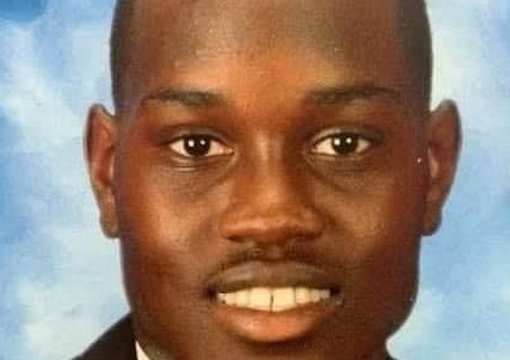 Armed Black Panthers are now prowling the neighborhood where Ahmaud Arbery was fatally gunned down on February 23rd, and an American public that is already stir-crazy from months of being locked down finds itself on the cusp of yet “another massive national convulsion over race.”

Based merely on the fact that the gunman was white and the victim black—and that the gunman’s father described the eventual victim as black on a 911 call to report a trespassing suspect fleeing a construction site—millions of people are CERTAIN that two fat hillbillies with bad teeth hunted down and murdered a man ONLY because he was black. We are bombarded with tales of a “modern-day lynching” that is “yet another reminder of the vile and wicked racism that persists in parts of our country.”

Alexandria Ocasio-Cortez looked into her Magical Spanish Crystal Ball and not only reached an unequivocal verdict of murder, she is also crystal-clear about the motive—”Ahmaud Arbery was murdered for being Black.” Joe Biden paused from drooling excess Gerber’s baby food onto his bib to declare without equivocation that “Ahmaud Arbery was killed in cold blood.” It has been repeatedly stated that Arbery was murdered for “jogging while black” or “Exercising While Black.” Ramping up the hyperbole to premenstrual levels, NBA superstar LeBron James fulminated thusly: “We’re literally hunted EVERYDAY/EVERYTIME [sic] we step foot outside the comfort of our homes! Can’t even go for a damn jog man!”

I suspect that it is far safer for LeBron James to jog anywhere in the United States—especially a majority-white neighborhood—compared to anywhere in the Democratic Republic of the Congo.

Indeed, surveillance footage shows Ahmaud Arbery in mid-stride as he vigorously jogs down the block. It also shows him working up a sweat by walking around outside a construction site. It also shows him “jogging” through that half-constructed house for over three minutes. And, in the video that shocked a world that apparently doesn’t pay close attention to what’s actually on the tape, it finally shows him running—around the side of Travis and Greg McMichael’s pickup truck, then making a sharp turn and sprinting straight back toward Travis McMichael, whom he attacks and begins wrestling for the gun.

“It’s not nearly as dangerous to jog while black as it is to attempt grabbing a loaded gun out of someone’s hands.”

According to the official police report:

[Greg] McMichael stated the unidentified male began to violently attack Travis and the two men then started fighting over the shotgun at which point Travis fired a shot and then a second later there was a second shot.

According to a letter from the Waycross, GA District Attorney’s office:

The video made by William Bryan clearly shows the shooting in realtime. From said video it appears Ahmaud Arbery was running along the right side of the McMichael truck then abruptly turns 90 degrees to the left and attacks Travis McMichael who was standing at the front left corner of the truck. A brief skirmish ensues in which it appear [sic] Arbery strikes McMichael and appears to grab the shotgun and pull it from McMichael. The shot is through Arbery’s right hand palm which is consistent with him grabbing and pulling the shotgun at the barrel tip, the 2nd and 3rd wounds are consistent with the struggle for the shotgun as depicted in the video, the angle of the 2nd shot with the rear of the buttstock being pushed away and down from the fight are also consistent with the upward angle of blood plume shown in the video and that McMichael was attempting to push the gun away from Arbery while Arbery was pulling it toward himself.
The 3rd shot too appears to be in a struggle over the gun. The angle of the shots and the video show this was from the beginning or almost immediately became– a fight over the shotgun.

If you’ll notice, none of the mainstream outlets make a peep about “a fight over the shotgun.” And just as with Trayvon Martin and Mike Brown and so many others, we’re only seeing the innocent-looking photos rather than the scowling, malevolent ones.

This case is also similar to that of Trayvon Martin and Michael Brown in a very significant way—just not the way they’re trying to frame it. In all three cases, these young black men were shot and killed AFTER they tried grabbing a gun out of someone’s hands. If so many of you weren’t hyper-emotional and semi-retarded, the lesson you would have learned from all this is that it’s not nearly as dangerous to jog while black as it is to attempt grabbing a loaded gun out of someone’s hands.

Pardon my whiteness, but if I saw someone holding a shotgun, my last instinct would be to feel so stupidly invincible that I’d think I could safely get away with yanking it out of his clutches.

Once again, we are bludgeoned with the demonstrable lie that it’s “open season on black men.” What we don’t hear is that, according to every available statistic, the people who are killing them are overwhelmingly other black men. Or that young black men—who comprise about 4% of the nation’s population—commit more than half of the nation’s murders. Or that these same angelic joggers and Skittles-buyers with unlimited potential and endlessly bright futures are statistically over-represented in every area of crime.

And we definitely don’t hear about all the white joggers getting killed by blacks.

Ever wonder why that is?

In Arbery’s case, we are told that, despite all the statistics, it’s “racist” to think that black men are potential criminals. What we are not told—you have to do some digging to find it—is that in 2013 when he was 19 years old, Arbery was indicted for bringing a loaded Big Bear .380-caliber pistol to a high-school basketball game, then fleeing the scene. We are not told that in 2018 he was convicted of shoplifting for stealing a TV from a Walmart and also of violating probation for his gun charge. We’re not told that in his duties as a police officer, Greg McMichael—one of the two “toothless redneck inbred yahoo white trash pieces of shit” who gave chase to Arbery—had worked on Arbery’s shoplifting case and may not have been “profiling” him so much for being an alleged black jogger as for being a person who illegally carries guns and illegally flees crime scenes.

Many have said—make that “triumphally gloated”—that McMichael was lying about there having been a rash of burglaries in his neighborhood because one lone police officer told the press there had been no reported break-ins there so far this year. This is untrue—in January, Travis McMichael himself reported that a pistol had been stolen from his truck outside of his house. And late last year at a construction site in the neighborhood, someone reported that $2,500 in fishing equipment had been stolen. In the four months prior to Arbery’s killing, the Glynn County Police Department had reportedly received three other calls describing a trespasser on a construction site in the neighborhood.

Just buying Skittles. Hands up, don’t shoot! Just out for a jog. We’ve danced this tired mambo so many times before that you’d think people would have learned not to eagerly leap to judgment.

What’s astonishing is that no matter how many dozens of times these hyped-up Race Porn stories completely fall to pieces once the facts come in, the True Believers gullibly hop right on it again with unrestrained lynch-mob glee. How many Covington Kids and Jussie Smolletts and Mike Browns and Trayvon Martins and Duke Lacrosse Teams and Tawana Brawleys and Rodney Kings will it take for journalists and jurors to do what they are supposed to do—i.e., wait until all the facts come in? Apparently they feel not a whit of shame about being found wrong again and again and again—nearly every single time, in fact.

So yet again, in their blundering attempts to get us all past “racism,” they have picked at scabs and made American race relations far, far worse at a time when the entire populace’s nerves have already been stretched thin.

Unlike so many, I have zero emotional investment in the McMichaels’ guilt or innocence. I also have no idea what motivated them to call 911 and give chase to Arbery. Maybe it’s the reasons they claimed. Maybe they’re a pair of coon-hatin’ Klansmen straight out of Central Casting. I don’t pretend I can read the minds of people I’ve never met. I would hope that the facts come out at trial and that officials are capable of finding a jury that focuses on facts rather than emotion. I suspect it all will boil down to whether it’s legal to shoot someone if they grab for your gun—assuming the gun wasn’t accidentally triggered in the scuffle by either Ahmaud Arbery or Travis McMichael.

What is absolutely clear, though, is that this “just joggin’, bro” narrative is 100% bullshit and as completely dangerous as all the other monochromatic WHITE MAN EVIL narratives they’ve tried and failed to pass off as factual during the past couple generations.

These are the types I wish would take a long jog off a short pier.