The Media’s Pants Are Down 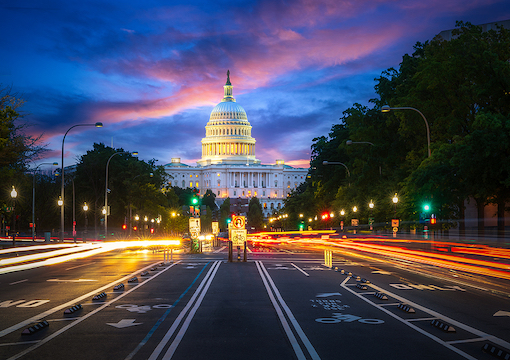 NEW YORK—Election-night fever is heating up, and I hope the party I’m giving on the evening of Nov. 3 will not end in fisticuffs. All my guests except one are Trump haters, so my dinner looks a bit like the Last Supper in reverse. Never mind. Many who pretend to know are predicting a Biden landslide, including yours truly, so at least I’ll have a reason to drown my troubles in very good Frog red, and serve my guests ordinary Dago white.

Yippee! Even without a pandemic and Trump’s misstatements, it would take a miracle for The Donald to win in view of the Goebbels-like attacks against him by what is supposedly neutral news. Never before have the media been so open in cosseting Biden and protecting him, while discrediting everything that Trump has accomplished. The president is openly blamed for the unemployed when even children know that Trump had lowered unemployment to its lowest level in sixty years. Smug TV pundits and columnists hammer away each day and night on the evils of Trump: “The horror never ends, replaying 2016 in an endless loop with doses of fear, stress and loathing,” was a New York Times headline written by a hysterical woman this week. The Biden scandals have been covered up and described by a lone conservative writer as “the opposite of a feeding frenzy.” Hunter Biden’s sleazy business affairs have a lid on them imposed by the liberal powers that rule the media, Big Tech, and the entertainment industry. Better yet, the press and TV media work hard to discredit any story that doesn’t toe the anti-Trump line. I’ve worked as a journalist under the strict censorship of the Greek colonels (it suited me fine then), but this is much worse. Every TV show is redolent with anti-Trump jokes and stories, every news hour filled with anti-Trump venom. I’ve never experienced anything like this. Perhaps during Mao’s cultural revolution of the ’60s, but I had better things to do back then.

What is just as bad is the Big Tech bias against The Donald. Each and every day over the past four years, Twitter and Facebook have brimmed with anti-Trump stories based on anonymous sources. Not that I read them because I don’t use social media, but I have sources who do. If the deck isn’t stacked against Trump on those two platforms—newscasts, rather—my name is Adolf Hitler. Silicon Valley has effectively silenced the right, its billionaires having made a devil’s bargain with the media: We’ll play your game and stay left, and you’ll forget that we’re news networks but pretend that we’re platforms. The biggest whopper of them all, the Russia–Trump connection, was invented by a Brit sleaze but perpetuated for three long years by social media and never blocked as totally false news.

Okay, Trump has made a fool of himself along the way, but he has delivered enough not to deserve the anti-Don hate, the venom and vitriol that Twitter permits to spew daily. Worse, both Facebook and Twitter censor anti-Biden stories and never bothered to fact-check the Russian collusion bull. Trump’s campaign has also run out of moola. That’s not surprising in view of the bad publicity he’s getting via social media. According to one report, almost 95 percent of donations from employees working at Amazon, Apple, Facebook, Microsoft, and Oracle went to Biden. Twitter execs, however, are the most anti-Trump of all. They have openly admitted that “the buffoon must be defeated,” and one top manager called people who had voted for him “hysterically fucking stupid people.” Nice.

Degenerate New York Times columnists are proposing Orwellian tribunals in a post-Trump period in order that 2016 never happens again. The self-appointed guardians of democracy have ignored the vandalism and burning of cities—read Douglas Murray in last week’s Speccie—and one Times columnist clown, Kristof, even demanded, “Help me find Trump’s anarchists in Portland.” The refusal of the media to condemn Antifa and the looting and burning has emboldened a new criminal class of anarchists. The media’s decision to turn into a propaganda tool against Trump is something I never thought possible in America. And yet it has happened, and I will never take an American journalist or writer seriously ever again.