The Merits of Nepotism and Boasting 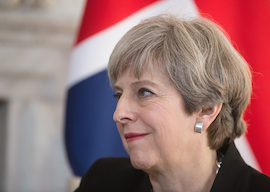 There was once a medical student of my acquaintance who consistently scored lower marks on multiple-choice examination papers than could have been expected by chance, which I suppose implied knowledge of a kind, albeit of a mirror-image kind. He was infallibly capable of grasping the wrong end of any stick, and though I do not know his subsequent path in life, I should imagine that, as a result of his singular ability to be wrong, he had a brilliant career, especially if he went into politics or public administration.

Someone once summarized the career of Mrs. May, the British prime minister, by saying that she had never made a correct decision in her life. Such a judgment depends, of course, on what you think is the purpose of a political career. If it is to reach the top of the greasy pole, even for the briefest of periods, then Mrs. May’s career has been a brilliant success, her incompetence as judged by every other criterion notwithstanding. She was, indeed, made for the modern world: colorless, humorless, talentless. One could have predicted that she would go far.

Among the reasons that the world seems nowadays so full of mediocre people who achieve power at all levels without display of apparent ability (other than apparatchik careerist ruthlessness) is that we insist upon disinterested selection by supposed merit rather than by nepotism or personal connection, which is a far superior method of selecting outstanding or even merely competent people.

If you try to be fair, you have to institute methods of being so; moreover, you have not only to be fair, but to be seen to be fair, for fairness, at least in the selection of people for employment, is a quality that cannot be a light that is hidden under a bushel.

Now, in order to be fair, the method must be formalized and not open to the influence of personal prejudice or connection. In practice, this means forms and questions whose answers have an agreed weight ascribed to them in advance. And this in turn means that the person selected will be the person who knows best how to fill forms and answer questions according to the most desired answers. This is not the way to find people of great ability. It is the way to find people of petty personal ambition.

“We all have to be Barons Munchausen now.”

There are, of course, drawbacks to this method. The person making the choice may have no probity; he may be deeply corrupt or invincibly prejudiced. His range of acquaintance may be too small to be able to make such a choice. But no method is without its drawbacks, and the best way to destroy probity in any population is to assume that it does not exist or that it is so rare that it cannot be relied upon. If one’s default attitude, so to speak, is that everyone is a scoundrel, before long everyone will be a scoundrel, or at least a liar, for being such a person will be the only way to get on.

Take that ghastly soul-destroying document, the curriculum vitae. It is as inherently inflationary as clipping the coinage or fiat money. A friend of mine, whom I knew to be competent and conscientious, consistently failed to be appointed to positions for which he was eminently qualified. My wife, who knew the ways of modern appointment committees, asked to see the curriculum vitae he was supplying with his applications for the jobs.

She was horrified: He would never get a job with such a curriculum, it was far too old-fashioned. It gave merely his formal qualifications and the positions he had previously held, with references. No, no, said my wife to him, what you need is to boast. You have to make out that your piddling research might be chosen very soon for a Nobel Prize, that your occasional good deeds were as at great a personal sacrifice as those of Mother Teresa, and that you are a person whose outside interests are carried out at levels equal to the professional; in other words that you are multitalented, multivalent, and quite out of the ordinary. Moreover, your ambition must be to save the world, to be a pioneer and a path-breaker, not merely to do your best in the circumstances. You must be grandiose, not modest.

Of course, every other applicant would be similarly boastful, and so, like star architects trying to outdo each other in the outlandish nature of their buildings, my friend’s boasts had to be preposterous, quite out of keeping with his admirable character. But once he had swallowed the bitter pill of realism, he was appointed at once. We all have to be Barons Munchausen now.

Thank God I have reached an age where I shall never have to apply for anything again, except perhaps for a plot in a cemetery (that too is becoming more difficult, and certainly more expensive). I don’t want to boast, but I have a fixed aversion to boasting. I prefer things, for good or ill, to speak for themselves.

Nowadays, you cannot even provide a truthful reference, because everyone has the right to see what you have written: We live in an increasingly open, and therefore increasingly untruthful, world. References might be unfair or hurtful and therefore actionable at law, so must be bland and noncommittal at the least. Not that closed or private references were without their problems. It was not unknown for them to be glowing so that the referee disembarrassed himself of someone he detested and wanted to be rid of. On the whole, it is best to play safe by means of ambiguity and avoid fixed meaning. As one referee famously put it, “You will be lucky to get this man to work for you.”