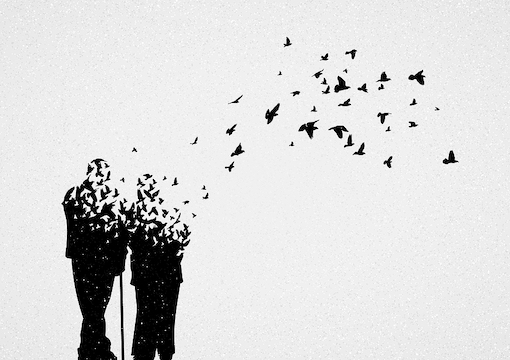 The lockdown and its enforced boredom have been replaced by a consistent feeling of loss, my nephew by marriage Hansie Schoenburg, age 33, from a brain tumor, and my close friend Shariar Bachtiar, 72, most likely by his own hand. Hansie was tall, blond, a Yale grad, and extremely handsome. Recently married, he died surrounded by his family.

Shariar was the Persian Boy, who as a slender, bright-eyed 6-year-old who spoke not a word of English was dispatched from Persia to an English school known for its cold rooms and strict rules. The Persian Boy learned early to do without parents. The bitter irony of their death was that Hansie willed himself to live these last fifteen years, whereas Shariar had had enough. Unlike many newly rich, vulgar Iranians running around London’s clubs back in the ’70s, Shariar Bachtiar came from an old and good family that had seen better days when the Shah’s father grabbed power in the ’20s. A young Shariar was first noticed by the last Shah’s twin sister Aschraf in Tehran, as was a young Taki in the South of France. The Persian and I did not know each other, but we sort of got together when the predatory Aschraf invited me to dinner. I did a Usain Bolt and ran for the hills, Shariar obeyed the royal command.

I never allowed him to forget it, that’s for sure. The truth is, sixty years ago I was sneaking around with Soraya, the Shah’s beautiful ex-wife who was divorced by him because she could not have children. Soraya warned me to keep things to myself, otherwise the Shah’s secret police would do me in. (He was very jealous.) The Persian Boy, in the meantime, did not stay long with the emperor’s twin. He loved beautiful, tall English girls, and he and I got our stories straight and it was the beginning of a beautiful friendship, pardon the pun.

What followed was what I can best describe as a long period of permanent adolescence. The Persian cut a wide swath among English debs, Trinnys and India Janes galore, because back then he was loaded, very slim, short, and very handsome in an Oriental way. He had taken to England like the proverbial duck to H2O, dominated by English school impressions, mostly fair play on the sporting field. I have met many athletes, but no one as naturally gifted as this prime suspect for having sand kicked in his face by the beach bully. No sand ever touched him. He was a terrific all-rounder in cricket and a very good tennis player. I played against him when I could still hit the ball and he was tough, never giving pace and returning everything. He was also known as the man who never slept.

Always in love, Cyril Connolly’s The Unquiet Grave comes to mind, and the dread symbol of the pram in the hall never to blemish the Persian’s household. The Persian Boy became a fixture in the chic nightclubs of the time, Annabel’s and Tramp, always escorting beautiful young women, always on the lookout for more. He would be the last to leave but up early for tennis or cricket practice, his afternoons spent playing bridge or teaching the game, his weekends in grand country houses captaining cricket teams, never out, taking wicket after wicket.

As the years went by his income shrank and he was forced to downsize. Zac and Ben Goldsmith came to the rescue. He became a member of the family, and Shariar returned the favor with more love for the Goldsmiths than even for his own brood, of which he never talked. When Ben’s lovely young daughter died in a freak accident, I rang the Persian in order not to bother the grieving Ben. Shariar was in a terrible state and crying over the telephone.

I suppose childhood distress does not necessarily ennoble or strengthen a person for later on in life, but in the Persian’s case I think it did. He never complained about reduced circumstances and continued his self-destructive ways until the end. (I admired that.) But licensed hedonism takes its toll. Still, even when over 70, he captained Ben Goldsmith’s Cannwod Cupcakes cricket team and was the best player among 20- and 30-year-olds. As the world became brasher, his became untenable. Ben Goldsmith aside, his closest friends were the Tim Hanbury and Harry Beaufort families. Tim, Harry, Shariar, and I would always take the main roundtable at San Lorenzo, and invariably I would begin a long soliloquy aimed at the females of our table on how we Greeks had made mincemeat of the barbaric Persians and had even gone over there and taught them some manners under Alexander the Great. It was a ritual that may have bored Timmy and Bunter, but not the Persian Boy. He would look at our girls between puffs of his ever-present roach, flash a wintry smile, and roll his eyes upwards—and they would invariably take his side against the Greek bully. He made up for losing the wars by beating the poor little Greek boy to the punch 2,000 years later.

His worldliness was marked by courtesy and sweetness, but his life was one of déjà vu, bound to end sadly. Hansie’s life was Schubert’s “Nocturne,” Shariar’s was a Cole Porter tune.