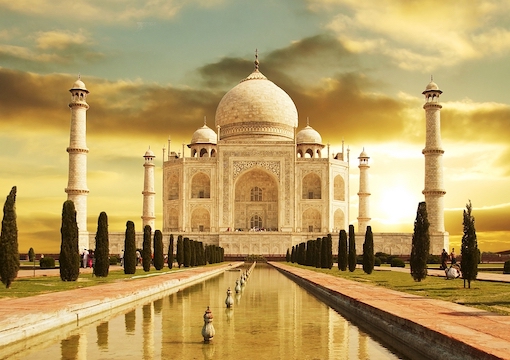 Recently I spent a couple of days in Dubai-on-Thames, formerly known as London. The south bank of the river has been transformed by glass and steel buildings, second-rate even by the exacting standards of second-rateness of, say, a Mies van der Rohe. They look as if they are built to last a couple of decades at most, to be pulled down and replaced by something equally bad, the architectural equivalent of planned obsolescence; they cannot age but only deteriorate, which is something that they do very well and quickly, sometimes even before completion. Their only character is their inhumanity and impersonality: This is architecture for the autistic and psychopaths.

I went to the old Tate Gallery, as it used to be called, to see the exhibition there of William Hogarth titled Hogarth and Europe. The Tate Galleries—there are now four of them—are directed by Dr. Maria Balshaw, and if you want to know how degraded Britain’s cultural elite has become, I cannot recommend Dr. Balshaw’s little talk on YouTube highly enough, for it will tell you all that you need to know on that subject. That anyone capable of uttering such drivel should be appointed (with the prime minister’s approval!) to a position of such importance demonstrates that the country has long since passed the point of no return as far as its decay is concerned.

“The fact is that art apparatchiks in the modern world care not a fig for beauty.”

It was only to be expected, I suppose, that the Hogarth exhibition would be accompanied by racist commentary, that is to say commentary obsessed with race to an extent that would have made Dr. Verwoerd blush. No occasion is missed to drum home a message, as in a totalitarian dictatorship. Here, for example, is part of the commentary that accompanies Hogarth’s magnificent self-portrait:

Hogarth is seated in an early American colonial style chair, later known by antique dealers as the “Hogarth chair.” In this self-portrait, Hogarth leans forward, animated and in motion. Is it not strange that he restrains that dynamism by sitting down? If you see the chair as a thesis supporting his work, maybe not…. The chair is made of timbers shipped from the colonies, via routes which also shipped enslaved people. Could the chair also stand-in for all those unnamed black and brown people enabling the society that supports his vigorous creativity?

This was written by Sonia E. Barrett, a sculptress and member of the Royal Society of Sculptors, on whose website we read the following about her:

Sonia E. Barrett performs composites of plants, animals, elements and people to create interventions that presence their objectification and commodification, she also thinks about how to change perceptions of phenomena in “nature” that are a given. The work seeks to create new questions where there was a kind of certainty that has to do with the hegemony of normative Western European values…. Her work unpacks the boundaries between the determined and the determining with a focus on race and gender. She makes sculptural works so she can run her hands along the fissures and manifest strategies for multiple compatible existences and mourn.

In a sensible world, the writer of this would be charged with crimes against the English language and forbidden from ever writing again. But merely because language such as the above is nearly incomprehensible, it does not mean that it is without function. It mystifies, the better to extract public funds to support those who want to play at being artists, who “perform composites,” “create interventions,” and “presence their objectification,” while focusing on (surprise, surprise) race and gender. No arts bureaucrat wants to admit that these pompous, profoundish-sounding statements convey nothing to him or dares to withhold public funds from those who claim to “focus on race and gender,” for fear of being labeled an enemy of the people.

George Arnold was a successful merchant, whose portrait was painted by Hogarth. He looks out from it with concentrated intelligence: One imagines him dogged, but not necessarily ruthless, in business, a man not easily to be diverted from his ends. The accompanying commentary in the exhibition says that he was a member of a class many of whom were engaged in the slave trade. There is no evidence offered that Arnold was so engaged, but there was evidently a determination by the curators to drag the trade in by hook or by crook. As to the aesthetic qualities of the picture, there was not a single word.

The fact is that art apparatchiks in the modern world care not a fig for beauty. They could look at the Taj Mahal and see only the injustice of Shah Jahan having employed 20,000 artisans for many years to build a useless tomb to a favorite wife, Mumtaz, while the peasantry went hungry. Could social injustice and misogyny go further than this, a vast monument to a polygamous love? Surely it must be time to demolish it?

The obsession is not confined to the art world, of course. The medical journals are full of it. There seems, besides, an obsessional desire abroad for people to express and display their high-mindedness, as if utterance were nine-tenths (if not more) of virtue. Here, for example, is what has been inscribed on the window of a new café about to open in my small town:

Whoever said that time waits for no man was mistaken
Time will wait
For us to rest and recover
From pain, abuse, trauma and injustice
Taking the time to heal is not giving up

On and on goes this saccharine semi-prayer that made me want to throw a brick through the window. The people who imagine that this kind of rubbish counts as genuine thought conceive of pain and abuse, etc., as nothing but an opportunity to exercise their theoretical compassion in public. No doubt a life altogether free of suffering is inconceivable, but whoever wrote this nonsense wallows in the suffering of others as hippopotami wallow in mud.

Blessed is the man whose strength is in thee; in whose heart are thy ways.
Who going through the vale of misery use it for a well….

Misery, past, present and to come, is the new black gold, an inexhaustible resource to exploit for political entrepreneurs and bureaucrats of state-funded art institutions.