The New Global Virus Is Runaway Government Spending and Debt 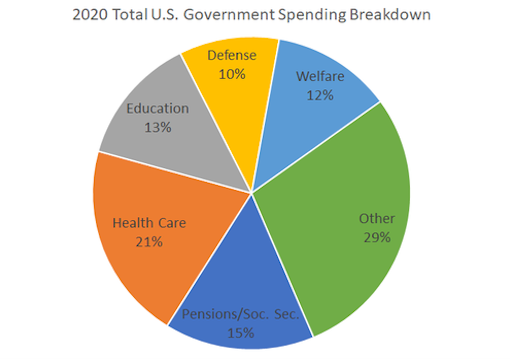 When new British Prime Minister Liz Truss suggested lowering the United Kingdom’s highest tax rate from 45% to 40%, along with a 1% reduction in the income tax rate for all taxpayers, the bond markets and the central bankers around the world went stark raving mad.

The academic pinheads at the International Monetary Fund trashed the tax cut as irresponsible. The bond vigilantes started selling Britain’s bonds. And the Bank of England, which had also savaged the tax cut idea, stepped in to buy bonds to stop the bleeding.

The tragedy here is that Truss had the right idea. In an economic calamity as Britain has suffered for the past three years, cutting tax rates to increase investment and production in England is a way to reduce inflation and stave off a recession. It was the same “supply-side” strategy that President Ronald Reagan and Prime Minister Margaret Thatcher used in the early 1980s to end the stagflation and economic malaise from the 1970s. The “supply-side economics” worked and helped launch a multidecade economic revival in both countries.

“The virus that threatens the world today in almost every nation is runaway government spending and debt.”

The Left protested that “tax cuts for the rich” would cause even worse debt problems. But this was a fable. The explosion of government debt in the United States, Britain and almost every other developed country across the planet was not caused by tax cuts. There were two reasons debt exploded.

First, central governments catastrophically shut down their economies and businesses during COVID — even though the health benefits were de minimis. With businesses shut down and workers off the job, tax payments fell off a cliff, thus raising debt levels to unheard-of levels.

Next, the governments of the world compensated for the shutdown of their private sectors by massively increasing government spending on giveaway programs. In the U.S., government spending since COVID has risen by $6 trillion to $7 trillion — above the normal already obese $5 trillion-a-year budget. Across the planet, government “stimulus” spending in 2020 and 2021 is estimated at — are you sitting down? — $21 trillion. Trillions more have been borrowed and spent and paid for with money printing this year.

Government spending in many countries, including the U.S., exceeded 50% of the entire national gross domestic product. In other words, we fought a war against COVID, and socialism won.

Now compare the magnitude of this $21 trillion spending spree with the Truss proposal to cut taxes, which politicos are now saying caused the bond market to go haywire. The total Truss plan had a price tag of about $40 billion. Only about $2 billion of that was the expected revenue loss from the reduction in the top tax rate. In other words, the tax cut was 0.01% of the amount that was spent and borrowed by all of the countries in the world.

It is inconceivable that a tax cut this tiny could cause a financial panic — or else the world has gone stark raving mad. The real reason that the U.K. is in this economic rut is that former Prime Minister Boris Johnson and the Bank of England kept spending money and printing money at such a reckless pace.

The U.S. is in the same dangerous place that the Brits are in as the world economy teeters on the verge of a sharp and painful economic collapse. President Joe Biden has spent and borrowed $4.1 trillion since he came into office roughly 20 months ago. No president in modern times and maybe ever has been as fiscally reckless as Biden. (Alas, Republicans voted for much of this spending, too, and don’t forget that in the last days of the Trump administration, Congress added another trillion dollars of spending.) Our government in the U.S. at all levels is still spending almost 40% of our GDP. This is close to the level of socialist European nations like France.

Incidentally, in the U.S., there is no revenue problem whatsoever. Taxes as a share of our economy are, according to the Congressional Budget Office, at a near-record high. In the current course, tax receipts are expected to continue to rise.

The virus that threatens the world today in almost every nation is runaway government spending and debt. It is the match that has lit the forest fire of runaway inflation. It doesn’t matter how much Federal Reserve Chairman Jerome Powell raises interest rates (which he must do to tame inflation). The stagflation of high inflation and slow growth won’t end until politicians start taking a chainsaw to their out-of-control budgets.

Government spending has not stimulated anything except more government and less private enterprise. The public sector has to go on a SlimFast diet — and for a long, long time to drain the excess spending out of the global economy.

What is all sadly ironic is that many of the nations of the world are now practicing Modern Monetary Theory. This is the radical idea that governments like the U.S. can spend and borrow increasing amounts of money at almost no cost because of low interest rates. Whoops. Interest rates in the U.S. have risen on the 10-year bond from less than 1% to more than 3% in just the last 24 months. The 30-year mortgage rate has risen from 2.85% at the end of 2020 to nearly 7% today. Let’s just say Modern Monetary Theory can be thrown in the trash bin.

Political leaders across the globe seem to be suffering from a severe case of economic amnesia. Reagan said it best, and it is more appropriate today than ever before: “Government is not the solution to our problem. Government is the problem.” Truer today than ever.