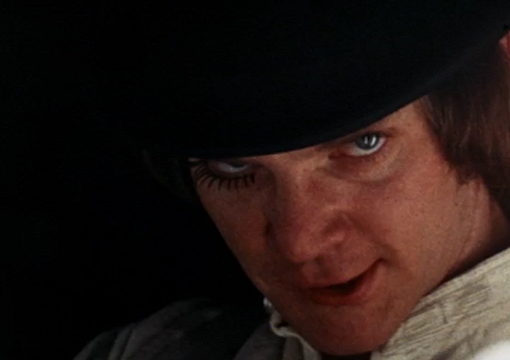 Anthony Burgess’ 1962 novel A Clockwork Orange centers on teenage psychopath Alex and his violent gang of “droogs.” It has proved to be sadly prophetic in Britain, but one line has become newly relevant. In the book, the “Lodovico Treatment” is intended to cure young hooligans of their antisocial tendencies so they do not need to be jailed. It is assumed this is to solve the crime problem, but a politician gives a subsidiary reason: “Soon we may be needing all our prison space for political offenders.”

It seemed like dystopian stuff sixty years ago. Not now. The land of hope and glory is arresting and jailing more people every year for “hate crimes,” many online. The same police who will not attend burglaries, who drive around in rainbow-colored cars (guaranteed to chill the hardened criminal), and who solve around 5 percent of crimes nationally, will come running if someone disses the LGBTQ “community.” Can anyone sharing similar interests and aims be a community, by the way? There seem to be an awful lot of them. The black community, the gay community, the black gay community. Is there a soccer hooligan community, a drunkard community? We really should be told. Here is just one example of the U.K.’s new totalitarianism.

James Goddard went to a football match at London’s famous Wembley Stadium and took a photo of Wembley Way hung with “pride” flags, that appalling ensign that looks as though robots have drunk paint and been sick. He tweeted: “Wembley gets the Pride treatment.”

“Britain might see its first custodial sentence for assault with a deadly emoji.”

If he had left it at that it would look like solidarity; yay, pride! But there were two other factors. Firstly, Goddard is on the establishment radar as a “far-right activist.” Now, government advisers Hope Not Hate (think the Southern Poverty Law Center with English teeth) describe Nigel Farage as everything bar having a swastika on his underwear, so they are a bit touchy, but Goddard’s card is marked. And he was twice damned. He put an emoji after the tweet showing a little green face being sick, and the cops were duly called. Britain might see its first custodial sentence for assault with a deadly emoji. Goddard received a letter from the police informing him he was “required to attend a voluntary interview.” I am sure you can see the snag with that one. If he does not voluntarily attend this required chat, he may well be arrested. And he is not the only person to flout the new orthodoxy.

British female rights activist Kellie-Jay Keen (she emphasizes that she is not a feminist, a claim reinforced by the fact that she doesn’t hate men) is feisty and articulate, with a touch of Marilyn Monroe about her shock of blond hair. It is hard to believe there is just one of her: Aside from her YouTube channel, her organization Standing for Women, activist speaking events and tours home and abroad, and raising a family with her husband and four kids, she is on TV more than the weather report.

At a women’s rights rally at which Keen and her colleagues were threatened and intimidated by Antifa-style “trans-activists,” a complaint was made about something she said. That’s all it takes. She was telephoned by the police and asked to make a 250-mile round trip—presumably at her own expense and with a lawyer—for another “voluntary” interview and, like Goddard, will be arrested if she declines.

Keen’s main argument is the biological truth that gender is present in homo sapiens at the level of chromosomes and cells. It’s not elective. A 50-year-old dude in a dress and woefully applied makeup is a 50-year-old dude in a dress, not some wonderful butterfly emerging from the chrysalis of his discarded male self. Keen is not just arguing for its own sake here. She sees the appalling hazards of biological men being allowed access to women in bathrooms and changing rooms, the sinister presence of men in women’s prisons, and the patent absurdity of men in women’s sports. This aspect of her fight began to make her name in the U.S.

Keen attended a swimming event in America to watch male swimmer Lia Thomas add to the haul of medals and trophies he has fraudulently obtained as “a woman” by using his superior upper-body size and strength to outswim actual women. A “trans-activist” harangued Keen as to what a woman was and told her she could not define one because she was not a biologist. “I’m not a vet,” she shot back, “but I know what a dog is.” This caught the attention of Tucker Carlson’s researchers and Keen was interviewed at length.

Keen paints a picture far worse than mere liberal-left mischief. Details of the surgery involved in “transitioning” are not so much woke nonsense as a blood-smeared clinical report from the island of Dr. Moreau. One of the women who made an official complaint against Keen took her son to Thailand to be castrated on his 16th birthday. That’s not “chemical castration.” It’s castrated. We may be, as Keen suggested to Carlson, in the last days of Rome.

Keen is now facing the full fury of Britain’s new commissars. Her address and her children’s photos have been put online, and she has had the usual barrage of threats. She can’t drop off two of her boys at university because if anyone sees her with them they won’t be studying there for long. She has even been barred from change.org, a website from which public petitions can be submitted for potential parliamentary debate. For stating simple biological truths, Kellie-Jay Keen has caught the attention of the wrong people. Her nemesis is an organization, Stonewall, that began with laudable aims concerning gay rights, and became a bunch of money-grubbing chancers who would jump on any bandwagon that happened to be passing through town.

The British may take much from American culture, but they can’t get hold of a First Amendment for love nor money, and if the British state is weaponizing that fatal lack, then Burgess’ politician was right and the nation will be needing all its prison space for political prisoners. The question is, is resistance futile? Perhaps not, if there are many more of the caliber of Kellie-Jay Keen.

If you were a peasant in medieval Europe, you didn’t have to believe in God. But if the Spanish Inquisition swung by your hovel and made inquiries, it might be a good idea to tell them you did. I suspect that if Ms. Keen had been that peasant, she would have told the inquisitors to take a walk.