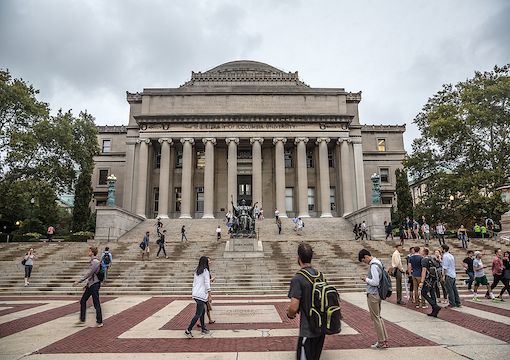 Imagine a European country today in which a newspaper of its most populous city launches a totally mendacious project reinterpreting its past. The practice was perfected during the old communist system that ruled Romania, Hungary, Poland, and the rest of the Soviet satellites. But it is no longer possible now that the old continent has rediscovered freedom.

The place where such a big lie is taking place is right here in New York, marinated by the Bagel Times, which has invented a nation predicated on racism and enforced racial inequality. The 1619 Project is based on delusion and outright lies and is a sweeping assault on the American way of life while aimed at spreading racial and gender discord. I have yet to encounter a person who takes this project seriously, and yet many white liberals and racial minorities live and breathe it.

Mind you, although life’s too short and much too pleasant to bother with false history, one cannot help but be troubled by the growing cultural division within the country. There is intense polarization, bitterness, resentment, and crime. A Times columnist joyfully announces the crumbling of the Protestant establishment in the last century, describing America today as being “marvelously diverse.” That it is, except for the fact that the Protestant establishment was the one that made America the leading nation on earth and the one that took in the hungry and huddled masses of the world.

“Life really was more fun in New York before the Bagel Times deemed us all oppressors.”

As they say, no good deed goes unpunished, and Uncle Sam is now paying the price for his good deeds. The falsification of the past was standard procedure in totalitarian regimes the world over, and still is in certain parts of the world, but I never thought it possible here in America. No wonder the great replacement theory holds water. That’s the theory that Democrats and others on the left are trying to supplant white Americans with third-world immigrants. I don’t know how true that is, but I do know that many in this country who were once members of the majority now feel like strangers in their own country.

It is normal for people to wish to preserve their own culture, but when that culture is shown to be one of hate, murder, and cruelty against a minority it begins to resemble that of the Nazi past. And that is the point of the 1619 Project, to turn whites into Nazis and then take it from there. Well, I for one do not fall for such bullshit, nor do many Americans who can tell the difference between a very big lie and historical truth. What intrigues is the reason why. Who benefits from this monstrous invention? Any fantasist pseudo-historian can come up with any theory that suits them, but to whose benefit? I think libel laws prevent me from accusing those who are behind this sordid saga, like the Sulzberger gang, but eventually the truth will emerge. For the moment it’s New Yorkers, San Franciscans, Chicagoans, Portlanders, Philadelphians, and other large-city dwellers who are suffering while criminals are walking out of jail faster than the police can fill out arrest reports. There is a dramatic rise in murders, rioting, mobs looting stores, and violence in America, and the Bagel’s no-bail-required rule has emptied the jails of hardened criminals. In Philadelphia de-prosecution and decarceration have emptied the jails, doubled the murder rate (from 248 to 501), and demoralized the police. If this helps minorities, I am Alfonse Capone. As I write this, an Italian graduate student at Colombia U lies dead, stabbed to death by a 25-year-old gang member out on bail. The victim is white, the stabber black. In Wisconsin, ten white children were murdered by a black criminal out on bail, yet the media played dumb as to the color of the perpetrator and the victims. Where will it all end, is what I’d like to know.

I know it is easy to be caught in nostalgia’s thrall, but life really was more fun in New York before the Bagel Times deemed us all oppressors. Incidentally, The New York Times employs a media reporter named Ben Smith. No wordsmith he. One needs to read his sentences at least three times for them to make some kind of sense. The hack managed to get a German scribe fired for having slept with a female colleague, but missed the biggest media story of the past 25 years, that of the Russian hoax that ran and ran for three years.

Never mind. Discrimination in America is hardly new. The Irish were the first to feel it, and they did feel it rather hard, followed by the Jews and then by the Italians. The Hispanics came after World War II. When I see what those races have accomplished in America, the high rates of violent crime among blacks and Hispanics cannot be entirely blamed on systemic racism, with individuals themselves being blameless. George Floyd, a career criminal and drug addict, is not representative of black America, as some losers pretend. Black Americans deserve better.

This is my last column from the polarized states and divided souls of America as I’m headed for the old continent that once was home to the huddled masses who made it big in America. When the commies blew up my father’s factories following the war—he had shut them down for four years—he came to America and became a shipowner. Little ole me followed a few years later. The place was paradise for the haves and close to paradise for the have-nots. It now reminds me a bit of immediate postwar Europe. A place full of violent men seeking retribution, displaced persons complaining of having gotten a raw deal, and opportunist politicians seeking to gain an edge. And it’s all Thomas Jefferson’s fault.