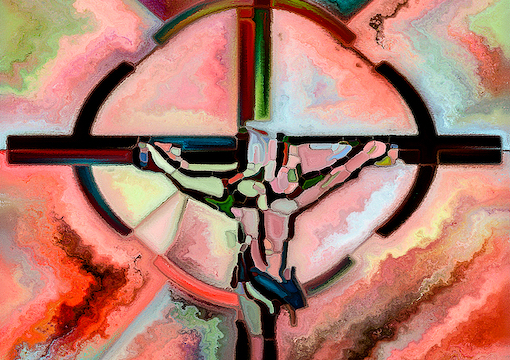 A friend of my wife’s wants to tidy her house before she dies. As she has not done so for forty years so far, it is unlikely that she will succeed. In like fashion, I want to catalog my books before I die, but I have about as much chance of succeeding.

I am an accumulator rather than a collector of books, but it is nevertheless true that there are a number of them—perhaps a thousand—that are of some, though not enormous, worth. My estate will be just the kind that booksellers relish: The grieving relict will be delighted to get rid of the books that she has secretly disliked all her married life, and will be happy if the bookseller agrees to take them off her hands, gratis. Thanks to him, there will be some space at last in the house. If she is exceptionally lucky, he might give her yardage, that is to say a tiny amount per yard of shelf space occupied by books. With his practiced eye, he will have observed that every yard or two there is a book worth several hundred dollars.

What does it really matter? One is the temporary guardian of many of one’s possessions rather than the outright owner of them, and if the books find someone who is interested in them after my death, so much the better. What I really fear is that, books having declined in cultural salience, they will eventually be thrown away, like ordinary household rubbish, rather than disbursed to people who want them.

Going through them—or rather a tiny fraction of them—the other day, I came across a first edition of Matthew Arnold’s New Poems, in which his most famous poem, “Dover Beach,” was first published. This book was given to Lucy Brock by F.S.H. in September 1869 (two years after its publication): I know nothing of the recipient or the donor, though I suspect that it was the former who made two small and very neat annotations in pencil, the first being a quotation from Jean-Jacques Rousseau, or so it is claimed: Je sens que j’ai vécu (“I feel that I have lived”), opposite a line in a poem titled “Early Death and Fame.”

“The human mind hates a vacuum, and politics rushes in to fill the mental space that religious belief once occupied.”

Arnold, who in fact had another nineteen years to live when this book was published, but who entirely lost his poetic inspiration afterward, was obsessed with two subjects: death and the loss of meaning consequent upon the erosion of religious faith. He ascribed to this the importance that Nietzsche ascribed to it, though in a much less hysterical fashion; that is to say more with regret than with rejoicing or belief that anything better could emerge.

He was an uneven poet—as Somerset Maugham said, only a very mediocre writer is always at his best—and I think he managed only a few memorable poems, but he is nevertheless very pertinent to our current situation. Faith in something is necessary for people not to be entirely bound up in their own petty affairs, but of course faith in something is not in itself necessarily a good thing, since people can perfectly well have faith in what is evil, and indeed often have.

In a poem titled “Pis-aller” (“As a Last Resort”), the second stanza reads:

Nay, look closer into man!
Tell me, can you find indeed
Nothing sure, no moral plan
Clear, prescribed, without your creed?

The creed to which Arnold refers is, of course, the Christian creed, but might also be any religious belief.

The man to whom this question is addressed returns an answer in the last of the three stanzas:

‘No. I nothing can perceive;
‘Without that, all’s dark for men.
‘That, or nothing, I believe.’

To the alternative between the religious creed or belief in nothing, the latter bringing in its train limitless immorality consequent upon the meaninglessness of life, he, Arnold, says in the last line:

For God’s sake, believe it then!

Arnold’s exclamation, For God’s sake, does not imply an actual belief in the existence of God, it is an exclamation that any atheist might use. What he means is that it would be far better for the person, and for society, to believe in the creed, even if it were false, than to believe in nothing at all.

But people, or at least reflective people, will not believe in nothing at all; they will find something to believe in, almost certainly something worse than the creed to which Arnold refers. He therefore calls upon people to make an effort to believe it, though whether you can really believe something because it would be good for both you and society to believe it might be questioned. At best, you might pretend to believe it, and certainly I have known philosophers who acted as if they believed in the creed but whom I strongly suspected did not really do so. They were really setting an example rather than expressing a belief, because they thought that without religious observance, society would fall apart.

The human mind, like nature, hates a vacuum, and politics rushes in to fill the mental space that religious belief once occupied. In “Dover Beach,” Arnold says:

The sea of faith
Was once, too, at the full and round earth’s shore
Lay like the folds of a bright girdle furl’d…

But this is so no longer:

But now I only hear
Its melancholy, long withdrawing roar…

Addressing a lover in these circumstances, the loss of faith, Arnold continues:

Ah, love, let us be true
To one another! for the world which seems
To lie before us like a land of dreams,
So various, so beautiful, so new,
Hath really neither joy, nor love, nor light,
Nor certitude, nor peace, nor help for pain…

The result of this loss of faith is that

we are here as on a darkling plain
Swept with confused alarms of struggle and flight,
Where ignorant armies clash by night.

Where ignorant armies clash by night: Is that not a summary of our present sociopolitical situation? America has ceased to be different from the rest of the Western world in remaining religious, with the result that politics is the new religion. It has removed transcendence and salvation from the private and personal sphere to the public realm, where it can lead only to conflict. I say this as someone who has no religious belief.