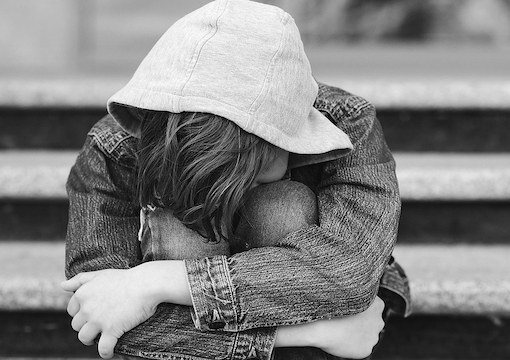 We all thought it would be over by now. Home for the holidays with family and friends.

Surely, modern science would solve the mystery of a murderous disease that none could have anticipated. Yet, it must be said that the response has been less than adequate by our political class, aggravated by conflicting information and incompetence.

Government’s confused reaction to the phenomenon of widespread sickness, the subsequent collapse of businesses resulting in job losses on an unprecedented scale, the loss of family incomes that ruined communities, and the broken traditions of church and school—all these added to the sense of hopelessness. In addition, well-meaning regulations crippled other sectors of the economy and increased the population’s desire for a speedy, if unrealistic, return to normalcy. But now, as the end of this nightmare appears in sight, a new risk is in the offing: nationwide homelessness.

“As the end of this nightmare appears in sight, a new risk is in the offing: nationwide homelessness.”

Even in the early days of the pandemic, when small shops began to close, people asked, “How are folks going to pay their rents and mortgages?” The answer seemed to be through family savings or loans and, of course, unemployment insurance. But these are short-term solutions; savings dry up and loans have to be repaid, and now unemployment benefits are expiring. The pandemic lasted longer than many thought possible. Americans began rummaging through attics and cellars in middle-class neighborhoods; in poor areas the emergency arrived much sooner. There, there was little to sell. Of course, you could sell your car, but not if it’s leased. In any event it would be a bad idea; how would you look for employment, look for food, take the kids to school? Besides, if worse comes to worst you may have to live in your car.

Landlords are now feeling the effects of tenants answering their monthly rent notice with “Give me a little time, next month will be better.” But winter has arrived, and by law heat must be provided to tenants, water also. Heating fuel and water cost money, and many landlords have mortgages on their properties. The banks want to be paid and they will not wait until next month. Many landlords also depend on rents for their own incomes; if tenants don’t pay rents it impacts the owners’ personal finances. So an economic cascade begins, of debt and nonpayment and ultimately the prospect of evictions. There were moratoriums on evictions for several months but they are expiring also and Congress has yet to pass legislation to extend these programs or provide financial relief as it did in the spring. One need look no further than to the Great Hunger of Ireland in the 1850s to see the consequences of this chain of events. It was not that long ago—barely three lifetimes. Some old people can still recall the stories clearly because it became the basis of Irish America.

Ireland in the 19th century was an agricultural country with estates owned mostly by absentee English landowners. The estates were maintained by managers (mostly Scots). To maximize profits, estates were divided among tenant farmers who paid rent to grow the crop, and there was only one crop—the potato. As the population of Ireland grew, the size to the plots became smaller. This continued until the smallest plot was about half the size of a Manhattan studio apartment. As the plots became smaller so did the size of the harvests.

On paper, it worked. But the smaller output from smaller plots made the rents unpayable. Then the crop failed. No one had foreseen this possibility. Tenants couldn’t pay their rents and had no produce to sell or consume. Landlords saw the problem as an “unsustainable” model that had to be quickly rectified. So, they instructed their managers to begin evictions in order to consolidate plots into viable farms. Starving and weak, most tenants began to travel; whole families on foot. Exposure to the elements resulted in deaths by the sides of roads with their relatives too weak to bury them. Some walked to ports to seek passage to Canada, Australia, and especially America. Others walked to Dublin or Queenstown or anywhere food and shelter were available. But the churches and charities were overwhelmed. When news reached London there was widespread disbelief. How could this have happened? And overnight! But it hadn’t happened overnight, it was generations in the making. When help came it was too little, too late. No one really knows how many died; estimates range from 500,000 to over 1,000,000.

This is a cautionary tale. What happened in 19th-century Ireland can easily happen here. Congress knows what’s happening and if it fails to act before the Christmas recess, homelessness will become an urgent issue, maybe disastrous. This would not be negligence or overconfidence in the workings of the free market. This would be an act of national suicide. Thus far the only major piece of legislation that has been passed in the House of Representatives has been a bill to legalize marijuana. Perhaps that is their solution to the problems we face. If so, we are all in for a lot of heartache. After a health crisis that has killed hundreds of thousands and has destroyed a great economy, we can’t have millions of our fellow citizens thrown onto the streets of our cities and towns. Like watching a tornado form down a country road, we can see what’s coming.

At least the Irish had the English to blame. We can only blame ourselves.