The Night the Lights Went Out in Europe 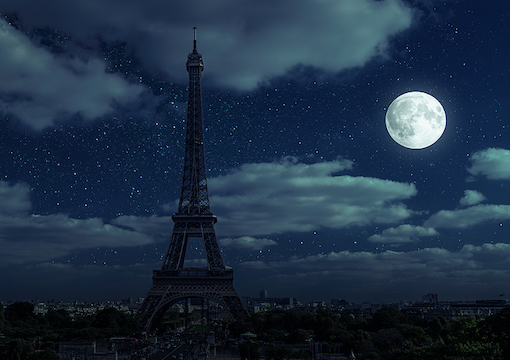 Politico Europe, a publication marinated in green politics, has named Russian President Vladimir Putin as one of its “power players of the year” — for, in the publication’s words, “advancing Europe’s green agenda.”

“By invading Ukraine and manipulating energy supplies to undermine European support for Kyiv, Putin has achieved something generations of green campaigners could not — clean energy is now a fundamental matter of European security,” the news outlet explained approvingly.

It went on to note that Putin “invaded Ukraine after the EU had spent two years laying the foundations of its Green Deal program for zeroing out emissions by 2050. That meant the policy machinery for a total remake of the European energy economy was already moving. All it needed was a nudge.”

“Europe has gone all-in on wind and solar power, and the experiment has failed miserably.”

You would have to be pretty severely afflicted with Climate Change Derangement Syndrome to celebrate a silver lining in Putin’s murderous attack on Ukraine.

Meanwhile, Europe has sprinted so far ahead of the United States in its quest to end the use of fossil fuels that many U.S. politicians, environmentalists and media voices look on with envy.

But how is Europe’s Green New Deal going now that Putin has given it “a nudge”?

So far, the results are, to say the least, unencouraging. Euroland has been thrust into an epic energy crisis with electricity rationing, power outages, $10 a gallon gas and citizens encouraged by governments to use candles for lights and burning wood for heating purposes. Germany is reopening shuttered nuclear plants to avoid perpetual blackouts. It’s a return to the Dark Ages in Europe — and the climate change lobby is loving the return to chaos and mayhem.

This might be a slight exaggeration, but not much of one. The government in France has now warned of acute energy shortages this winter with drastic steps to conserve. As one publication put it, Paris, the City of Lights, may have to turn off the lights in the weeks and months ahead if it’s a cold winter.

Officials in Paris have decreed that local authorities must prepare power outage plans “that would reduce consumption of electricity by up to 38%.” Wait, there’s more: “The French government said it was working alongside the Ministry of Education to develop plans to close schools in the mornings if the area is to be impacted by rolling blackouts.” It sounds to me like climate change is the new COVID-19 for militant lockdowns and curfews.

Germany’s energy shortage is so severe that one of the fastest-growing energy sectors is coal. That’s because the Germans have declared war on natural gas, so because of the self-inflicted energy crisis, they are forced to use an energy source that emits more greenhouse gases. Wood is also becoming a major source of heating homes. The Dark Ages are back.

Then there is the calamity that is unfolding in Switzerland. This is a country that is anything but a heavy-handed socialist state, but now thanks to the “energy state of emergency,” which is the norm in Europe, the Swiss government has announced it will ban the use of electric cars for “nonessential” journeys. At the same time, it is encouraging people to take the train to shop for their groceries, but it has admitted that train service may also be disrupted.

That’s not all. The government is also drawing up plans for dealing with blackouts that include reducing store hours by up to two hours per day, heating systems in nightclubs to be turned off and other buildings to be heated to no more than 68 degrees Fahrenheit. Online streaming services and game consoles could be banned. Christmas lights might be turned off, and all sports stadiums and leisure facilities could be closed.

Is Europe turning into a third-world banana republic?

All of this brings us to a stark reality. Europe has gone all-in on wind and solar power, and the experiment has failed miserably. These fringe energy sources don’t work and aren’t scalable for industrial economies. And the more it doesn’t work, the more it requires police state interventions with fascistic controls over the economy and personal behavior. All of these assaults on freedom and prosperity are in the name of saving the planet. One wonders if this is the real endgame objective. The old saying that the greens are the new reds (communists) is proving to be all too true. It’s a future that only tyrants like “man of the year” Putin could love.

Worst of all, President Joe Biden’s administration and green groups look to Europe as a sterling silver model for America. Biden’s climate henchmen even want to move to the left of Europe on climate change controls on our economy. Biden boasted at the climate conference in Egypt last month that he wants the U.S. to sprint ahead of the Europeans on climate controls as if there is virtue in imposing pain and lowing living standards on the public.

In other words, we are speeding over the same cliff of energy poverty, power outages and climate lockdowns that have crashed and burned everywhere else. The calamity is staring in front of us. And the Biden administration is saying faster, faster.