The Nobel Prize and the Cocaine Gold Rush 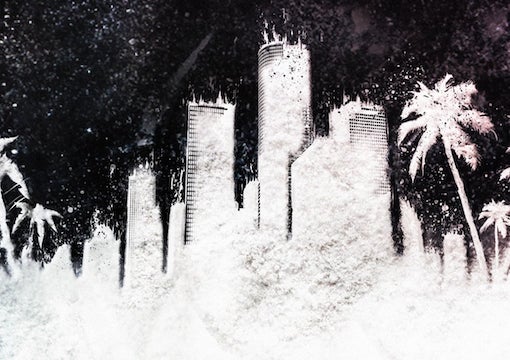 This week’s awarding of the (quasi-) Nobel Prize in economics to David Card for, in part, an immigration study that I definitively undermined way back in 2006 raises a nagging question in my mind: As cancel culture gets ever more pervasive, are my better insights tending, perversely, to dumb down the world by ruling ever larger chunks of reality off-limits to the ambitious?

Card’s celebrated research into the impact on Miami wages of the 1980 Mariel boatlift of immigrants is such a sitting duck that it’s hard otherwise to explain why nobody respectable has dared call it out in the last decade and a half.

Is my productivity and prescience keeping more respectable thinkers from later either:

—Citing me for a discovery, and thus risk being tarred by guilt with association for having heard of me, or

—Stealing a discovery of mine and thus risking guilt by association that way?

It appears that the poorly thought-out ideas, such as Card’s Nobel Prize winner, that I’ve mercilessly deconstructed have increasingly become sacralized because it’s not in anybody’s career interest to criticize what I’ve already criticized.

One exception to this growing rule I recalled last week is Malcolm Gladwell’s 2009 effort to have Steven Pinker canceled for citing data I’d compiled on the seemingly nonpolitical topic of NFL quarterback draft picks that debunked one of Malcolm’s New Yorker articles. Pinker, being Pinker, survived, and it was Gladwell’s reputation that took a permanent hit instead. But less august personages than Pinker appear to be not unreasonably worried about the career consequences of following up on one of my findings.

“Why do highly successful economists like Card and Levitt tend to forget major historical events that they lived through?”

I must say…when I got started writing three decades ago, I never expected things to work out this way. I am, by nature, rather optimistic about humanity’s ability to make use of good ideas once somebody (such as me) points them out. I like to endorse, sincerely, the motto of Faber College in Animal House: Knowledge is good. I am by nature not a conquistador, but a staffer who likes explaining to the decider the trade-offs he must choose among.

When I started opining, I found that I could come up with interesting and reasonably documentable new ideas more readily than the great majority of academics. But I’m not a professor or a grad student, so I’m perfectly happy for them to use my ideas for their laborious papers and either credit me with the original insight or not.

What I never expected was that my breakthroughs would somehow subtract from the sum of knowledge in the world by rendering numerous good ideas increasingly off-limits to those who would, understandably, rather publish than perish.

Therefore, even I am surprised that my evisceration of Card’s Mariel boatlift essay has had no public impact on the field of economics over the last decade and a half.

One experiment by Card, 65, on the impact on the fast-food sector of a minimum wage increase in the U.S. state of New Jersey in the early 1990s upended conventional wisdom in economics that such increases should always lead to job losses. His work on the topic, often in collaboration with prominent economist Alan Krueger, who died in 2019, has been used as empirical evidence to push for legislation, including by the Biden administration, for a $15 minimum wage in the United States.

Another studied the impact of a move by Fidel Castro in 1980 to allow all Cubans who wished to leave the country to do so. Despite high ensuing migration to Miami, Card found no negative wage or labour effects for Miami residents with low levels of education.

Card’s Mariel boatlift paper is considered one of the cornerstones of what economists chest-beatingly refer to as the “credibility revolution” in economics.

Yet, the flaw in the UC Berkeley economist’s 1990 analysis of the impact on Miami wages of the 1980 Mariel boatlift from Cuba to Florida was so glaring that a respectable member of the economics profession would surely have had to stumble upon it eventually…if only I hadn’t so vividly pointed out its shortcoming fifteen years ago.

Card noted that the exodus in 1980 of 125,000 Cubans raised Miami’s labor supply by 7 percent. The law of supply and demand would therefore suggest, all else being equal, that wages should have fallen in Miami.

But did wages fall? And was all else equal?

To test if Miami wages were depressed by the influx of Cubans, Card picked four comparison cities with similar demographics: Tampa-St. Petersburg, Atlanta, Houston, and Los Angeles. But instead of wages plunging in Miami due to the Mariel supply shock, they simply drifted in roughly the same fashion as those of the other cities (all of which had immigrants pouring in too, at least until Houston’s oil boom collapsed in January 1982, but never mind that).

Well, no… You see, ceteris was flamboyantly not paribus in Miami in the early 1980s. While, as Card observed, Miami’s supply of labor increased due to Mariel, he failed to mention, and no other economist has ever publicly called him out on it in the English language as far as I can tell, the demand for labor in Miami also exploded in 1980 due to history’s most notorious cocaine boom.

An estimated 70% of all marijuana and cocaine imported into the U.S. passes through South Florida. Drug smuggling could be the region’s major industry, worth anywhere from $7 billion to $12 billion a year (vs. $12 billion for real estate and $9 billion for tourism, the area’s two biggest legitimate businesses). Miami’s Federal Reserve branch has a currency surplus of $5 billion, mostly in drug-generated $50 and $100 bills, or more than the nation’s twelve Federal Reserve banks combined. Drug money has corrupted banking, real estate, law enforcement and even the fishing industry, whose practitioners are abandoning the pursuit of snapper and grouper for the transport of bales of marijuana (“square grouper,” as fishermen call it) from freighters at sea to the mainland. About one-third of the region’s murders are drug-related.

That Miami in the early 1980s was turbocharged by drug money is not an obscure bit of trivia. It’s also well-known from popular culture, such as the movie Scarface, the TV shows Miami Vice and Narcos, and the documentary Cocaine Cowboys, which referred to Florida as “the American narco-state.”

On Narcos, a Drug Enforcement Agent in Miami recounts the difference in his job between 1979—chasing down weed-dealing hippies in flip-flops—and 1980—shooting it out with Colombia cocaine smugglers with automatic weapons.

None of this proves that the Nobel laureate is absolutely wrong. All I’ve been saying for fifteen years about Card’s paper is that two extraordinary events with presumably opposite impacts on wages coincided in Miami in the year 1980—the Mariel Boatlift that he noticed and the Cocaine Gold Rush that he didn’t—so Card’s supposedly Nobel-worthy “natural experiment” is indeterminate.

Some argue that the burden of proof is on me for reasons. But I say, hey, Card won the Nobel Prize in part for this paper, so the least he ought to do is acknowledge the existence of one of the most infamous events in the economic history of his lifetime.

This is a lot like another celebrated economics paper that I subverted by pointing out a different cocaine extravaganza ignored by academic economists: Steven “Freakonomics” Levitt’s theory that Roe v. Wade lowered the murder rate by aborting bad boys.

Levitt compared 1985’s crime rate with 1997’s and noticed that 1997’s was lower, and therefore theorized—to great acclaim from other economists—that this was due to abortion being legalized in January 1973. Abortion, you see, would serve to cull the criminal class, making us all safer on the streets.

Well, perhaps. But perhaps not.

As I informed Levitt in our 1999 debate in Slate, if he had bothered to check the years between 1985 and 1997, he would have observed that the murder rate among teens born in the years immediately after Roe was the highest in recorded history, for reasons depicted memorably on The Wire.

Apparently, back in the previous millennium, my name wasn’t quite so radioactive. Today, however, Slate still hosts the Levitt-Sailer debate, but now attributes it anonymously to “By Authors.”

Did legalizing abortion instead raise the juvenile murder rate in the later 1980s and early 1990s, as Levitt’s methodology would suggest? Possibly.

But the safest interpretation is that the rise and fall of crack cocaine over roughly 1987 to 1995 drove the youth murder rate to unprecedented heights before people wised up that crack was an all-around bad idea. The legal status of abortion in the early 1970s didn’t have all that much to do with who killed whom in the early 1990s. Instead, the impact of the crack wars on the murder rate is why Establishmentarians who want you to not grasp that their promotion of Black Lives Matter helped drive up murders by a record 29.4 percent in 2020 are always rationalizing that, well, at least the murder rate today is lower than in 1991.

Yeah, murder was really bad in the middle of the crack wars that Levitt forgot about.

In 2005, two other economists settled our empirical disagreement by pointing out that Levitt had botched his computer code, which explained why his complex results didn’t jibe with my simple spreadsheet.

Similarly, the murder rate had also peaked in 1980 due to the powder cocaine jackpot that Card had overlooked.

Why do highly successful economists like Card and Levitt tend to forget major historical events that they lived through? Well, you don’t get tenure by dilettantishly following current events as I tend to do. You especially don’t get ahead in the economics trade by noticing the connections between recent history, famous movies, TV shows, and songs, and novel ways to test popular economic theories.

And that’s okay. It’s good to have different personalities, some highly focused on getting ahead in their careers, others less ambitious, more good-natured, but also more able to draw together seemingly unrelated facts to reality-test the conventional wisdom of the careerists.

The problem, increasingly, is that I’ve debunked so many fashionable ideas over the decades that by this point, few with any kind of career to worry about dare admit anymore that I’ve ever been right about anything. Which, crazily, means that these days nobody with an ounce of self-preservation instinct can even steal my ideas anymore.