The One Certain Victor in the Pandemic War 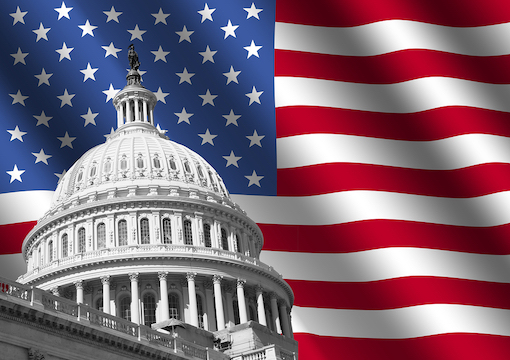 “War is the health of the state,” wrote the progressive Randolph Bourne during the First World War, after which he succumbed to the Spanish flu.

America’s war on the coronavirus pandemic promises to be no exception to the axiom. However long this war requires, the gargantuan state will almost surely emerge triumphant.

Currently, the major expenditures of the U.S. government, as well as a growing share of total federal spending, are Social Security, Medicare and Medicaid.

None of these programs will be curtailed or reduced this year or next. And if the Democrats win in November, the nation will likely take a great leap forward – toward national health insurance.

Republicans are calling for a suspension until 2021 of payroll taxes used to finance Social Security and Medicare. While that would provide an economic stimulus, it would also blow a huge hole in federal revenue and further enlarge the deficit and national debt.

Even before the virus struck with full force in March, that deficit was projected at or near $1 trillion — not only for fiscal year 2020 but for every year of the new decade.

The next major item of the budget is defense, considered untouchable to the Republican Party. Hence a confident prediction: This generation will never again see a budget deficit smaller than $1 trillion.

Indeed, the $2 trillion lately voted on to save businesses and keep paychecks going to workers will lift the deficit for 2020 above $3 trillion.

“However long this war requires, the gargantuan state will almost surely emerge triumphant.”

As of March 1, 2020, the nation was at full employment, with the lowest jobless rates among women and minorities in our history.

Less than two months later, 26 million Americans are out of work.

These workers will soon begin picking up unemployment checks, a new burden on the federal budget, to which will be added the cost of expanding food stamps, rent supplements and welfare payments.

Though Harvard, with its $41 billion endowment, was shamed into returning the $8.7 million in bailout money coming its way, does anyone believe the stream of U.S. revenue going into higher education will ever fall back to what it was before the pandemic?

As for that $1.5 trillion in student loan debt, is it more likely that vast sum will be paid back by those who incurred the debt, or that it will be piled atop the federal debt?

Congress has already voted to bail out our stressed hospitals.

Now, standing patiently in line for their bailouts, are the states — and America’s cities and counties. These governmental units are virtually all certain to face falling tax revenue and expanded social demands, leading to exploding deficits.

Their case: You bailed out the businesses and the hospitals. What about us? When does our turn come?

Majority Leader Mitch McConnell, anticipating the mammoth bill for bailing out states and cities, has suggested that governments be allowed to use bankruptcy laws to write down and write off their debts.

Probably not going to happen.

Recall what happened when President Gerald Ford told New York City that Uncle Sam was not going to bail out the Big Apple. “Ford to City: Drop Dead!” was the famous headline splashed across the front page of the New York Daily News.

Ford recanted but did not recover. His perceived callousness in the face of New York City’s crisis — though that fiscal crisis was entirely of the city’s own making — factored into his defeat by Jimmy Carter.

Donald Trump is not going to give Red State governors facing gaping budget deficits because of the coronavirus crisis the wet mitten across the face. For his political future will be decided by those states.

Still, the cost of bailing them out promises to be enormous and to create a precedent for bailouts without end.

Then there is the clamor, already begun, from, and on behalf of, the Third World. The IMF, World Bank and the West, it is said, have a moral obligation to replace revenue shortfalls these nations are facing from lost remittances from their workers in the developed world.

There is talk of hundreds of billions of dollars in monetary transfers from the world’s North to the world’s South.

Anti-tax activist Grover Norquist once famously declared: “I don’t want to abolish government. I simply want to reduce it to the size where I can drag it into the bathroom and drown it in the bathtub.”

What is more likely to be drowned in that bathtub is the philosophy: “That government governs best which governs least.”

What is more likely to be drowned in that bathtub is the philosophy that champions small government, the primacy of the private sector, a belief in “pay as you go,” and that “balanced budgets” are the ideal.

Indeed, the one certain victor in the coronavirus pandemic war will likely be Big Government. As John Donne wrote, “No winter shall abate this spring’s increase.”