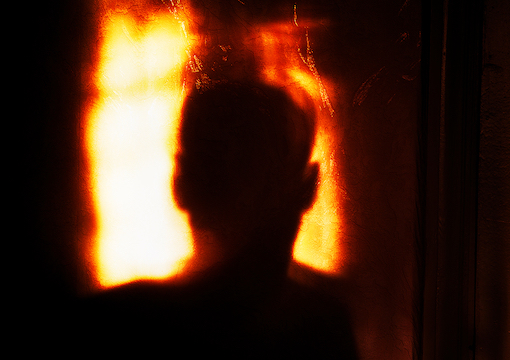 There is a lot of misery in the world, it would be useless to deny it. The description of the world as a vale of tears surely conveys something to every one of us. And yet, all things considered, it could be worse, even much worse, at least for very large numbers of people.

I think that intellectuals are rather inclined to overestimate, or at least to dwell upon, the misery of both themselves and others, and often to misidentify its sources even when it is real enough. There are good reasons for this—I don’t mean morally good reasons, of course, but satisfactory explanations—which are not difficult to guess.

When we are miserable, we know it at once; when we are happy, we do not. Misery is immediate, happiness is retrospective. Moreover, it is generally easier to spot in others than is happiness, for it is more manifest. It is the same with heaven and hell: Heaven is very difficult to conceive of, but a thousand different hells spring to mind immediately, for example being stuck in a car motionless in a traffic jam forever and ever.

To deny that all is for the worst in this the worst of all possible worlds is often regarded by intellectuals as a betrayal of those who are miserable. Worse still is it not to be, or rather to claim not to be, miserable oneself. This is unfeeling: How can you bear or dare to be happy, or at least not miserable, when you know that there is so much suffering everywhere? If you want a reputation as a good human being, then, you have a duty to partake of the woes of the world, and not to insult the misery of others with either displays or feelings of contentment. Life is, and ought to be, appalling, at least until it be made perfect.

“Misery is immediate, happiness is retrospective.”

Of course, their enjoyment of what I would not enjoy can be explained, or explained away: They must be dissembling. Do we all not dissemble sometimes, and appear to be content or happy when we are not? So when those unfortunates are smiling or laughing, they are not really smiling or laughing inside. As Pagliacci sings in the opera, why must I (they) laugh when my (their) heart is breaking?

They dissemble because they are oppressed but are obliged to appear content; their job depends upon it, and to be without a job would be even worse (even though, in fact, all is already for the worst in this, the worst of all possible worlds). When they smile or laugh, then, they have murder in their hearts. Their job is humiliating enough, but to have to pretend to like it! That is the icing on the cake, or rather the bitterest pill to swallow.

Apart from the one percent of the population that consists of bloated plutocrats (and whom I have been struggling unsuccessfully all my life to join), whose life is one continuous joyful episode after another, who smoke big fat cigars and wear silk top hats, even in the bathroom, everyone else is sunk in perpetual misery.

That is where the intellectuals come in: They it is who must save the world and all who live in it from misery. They know the causes of the misery—it is the scapegoats’ fault. The scapegoats may vary in identity a little, but they are a small and malign group who benefit from the misery that they cause. If it were not for them, the world would be a veritable Garden of Eden.

This has not been my observation of the world. I have seen a lot of misery and to an extent have even sought it out myself. In my youth, which lasted just beyond my fortieth year, I liked to travel to and in civil wars. I also worked in a prison, which was almost but not quite by definition a house of pain (quite a number of prisoners preferred life inside to that outside), and I examined about 12,000 people who had attempted suicide, or at least who had made a suicidal gesture, and even the most gestural of suicide gestures is rarely the sign of a happy life.

I came to the conclusion that, where misery was concerned, there was a continuum, from that which was caused entirely by external circumstances, for example by what used to be called “natural evil” (earthquake, volcano, hurricane, etc.), by illness or by force majeure, to that which was caused by the purest self-destruction. There is every grade between these extremes, of course, as there is between colors of the rainbow; usually there is some element of both in the production of misery, of blameless misfortune and culpable folly, with sometimes the one, and sometimes the other, predominating. We can react to unfortunate circumstances either wisely or foolishly, but I doubt whether there is anyone alive who has never taken a willfully self-destructive decision.

The Russian writer V.G. Korolenko (1853–1921) once said that Man is made for happiness as a bird for flight. If so, I can only conclude that Korolenko never saw any bird except penguins, ostriches, and kiwis. Every day I would go to the hospital convinced that I had heard all that was possible by way of self-destruction, but human inventiveness in this special field of endeavor is infinite, and even the most unimaginative persons can, and frequently do, invent new ways to make themselves miserable—predictably and knowingly so—without any external compulsion.

Intellectual utopian schemers are reluctant to accept the existence of a human propensity to self-destruction. Come the revolution—or rather, come their revolution, for no other will satisfy them—self-destruction will disappear from the range of human possibility because life will be so delightful that it will occur to no one to spoil it.

If you believe that, you will believe anything, as the Duke of Wellington said to the man who approached him and said, “Mr. Jones, I believe.”