The Past Is Precious 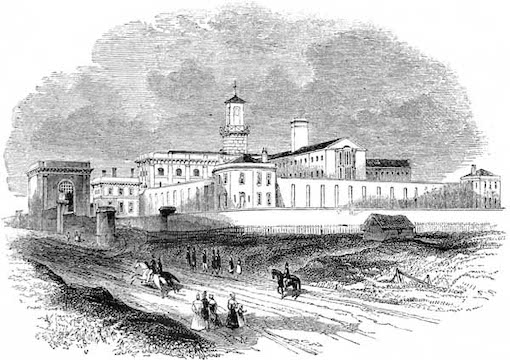 Memories for me are like beautifully edited copy, all cleaned up and including only the good parts. The wife tells me that I’m quite lucky in choosing to remember just pleasant things, and of course I agree. Actually it’s not even a choice, it is almost automatic; bad things are immediately tucked away, never to return. I suppose many idiots enjoy similar forgetfulness as I do, but then I’d rather be called an idiot than a surly grouch, always complaining and finding fault with everything and everyone.

Needless to say I cannot forget Pentonville, but looking back I recall only fun times among the convicts. Like Warren, the large black man whose appeal I had to draw up because he was illiterate, and whom I argued with because in it he claimed that keeping him in jail denied the human rights of his four common-law wives, who could not reach orgasm without him. “You dumb N-word,” I said to him, “don’t you know that all English judges are queer and they’ll add to your sentence?” Warren hated all white people and Margaret Thatcher in particular, but he cried when he said goodbye to me. I left him a few cigarette packs and some socks.

Call me callous, but the cold truth is I think of the time I spent as Her Majesty’s guest as good clean fun: two major fights, a win and a draw, lots of exercise, even more reading, and no boozing. What else can a man wish for? Okay, no women, but I don’t miss them when I think back of the time without them. Yes, prison is unremittingly bleak, but I only think back on how physically well I felt when I was in there.

“The Bagel was this side of paradise, for a while anyway.”

The same applies to the Big Bagel, now a filthy, dangerous place inhabited by dimwits glued to screens, a soulless Dunkin’ Donuts without humanity, but back then a place of luxurious existence with grand dinners in the company of glamorous and brilliant men and women. How permanent it all seemed, how quickly it disappeared. Whenever I’m in the Bagel I try to write an intense love letter to the kind of city it used to be, but looking back it was as ephemeral a time as youth. I suppose the reason I like to summon the wondrous city ghost is in order to exorcise it. Never mind. Persistent regret never did anyone any good, but the Bagel was this side of paradise, for a while anyway. And what about how America used to be, a nation of happy people with white picket fences, meat loaf dinners, and apple pie? TV shows and movies were wholesome and patriotic, and nothing lurid ever appeared. Was all that real or was it mostly imagined by a very young Taki? Well, H.L. Mencken was real and I read him like no other, except for Papa and F. Scott, and what amuses me is to think what today’s bumper crop of humorless and dour social justice warriors would make of him. American ignoramuses cannot conjugate a verb correctly, or appreciate a clever turn of phrase, and have forbidden pronouns. Were Mencken around today, woke Nazis would have banned him along with Shakespeare, not to mention Homer.

Now back in London the mind boggles at the fun one had running around grand country houses during long drunken weekends. It also boggles reading descriptions of the twilight of the English upper class. Envy was not a trait invented by the Brits; it was most likely originated by the ancient Greeks but was perfected by Brits. How they love to connect country houses and gracious living with slavery and torture. There’s a horror woman by the name of Fowler, professor of bad taste, who has helped turn the British National Trust into a woke loudspeaker against country houses. (The Spectator’s Charles Moore has forewarned us.) Why turn England’s green and pleasant land into what Fowler writes is “Green Unpleasant Land,” in an unreadable opus for anyone with any common sense.

Fowler is most likely an unpleasant woman not desperately sought after for country weekends. I certainly would never have had her down to Bruern, my so-called ancestral country seat, which was ungallantly renamed Coke Hall by the uninvited. I had ten to twenty people down every weekend, and the recovery phase would take place during the week at Annabel’s and Tramps.

Now there is a fixation by the left to not only undermine our society, but to trash the past and teach the people to despise their history. In this the Brits are following the Americans, whose glorious history dates back 5,000 years before the Greeks. What these modern Savonarolas cannot do is erase my memories of Badminton and Blenheim balls, the weekends in Wilbury Park with the Grenfell girls in bloom, the sight of the present duke of Beaufort’s father beating Louis Basualdo on general principle, or Nicky Haslam’s habit of using electrodes while having sex and knocking out the lights of half of England’s stately homes.

But these lights still flicker and the likes of Fowler are not about to extinguish them, not as long as there are still people around ready to defend their history. Fowler adherents and followers, you are most welcome to remove yourselves to Afghanistan, where erasing the past is de rigueur, while I move into Glebe Place.