The Posthumous Murder of Frank Rizzo 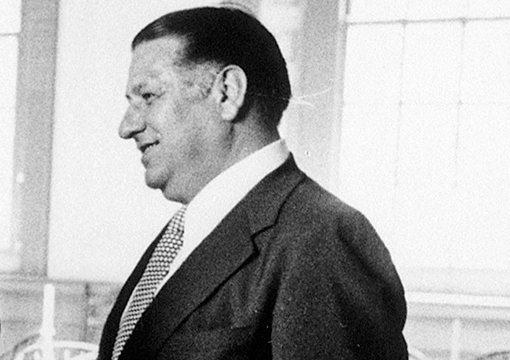 Sometime in the late 1970s I was a wandering white boy who found myself at an anarchist bookstore in Center City Philadelphia called The Wooden Shoe, where I spotted a little red book called The Sayings of Chairman Frank, or I Never Saw My Mother Naked. Designed with a wink to Chairman Mao’s presumably more acceptable little red book, the 104-page volume contained purported quotes from Frank Rizzo, who was the City of Brotherly Love’s infamously hard-knuckled police commissioner from 1967 to 1971 and its crass, blustering mayor from 1972 to 1980.

Standing six-foot-two and built like a rhinoceros, Frank Rizzo has been called “larger than life” almost as many times as he’s been called a racist. And there I was, a beardless teen in a tiny radical bookstore, fully aware that Frank Rizzo was the most powerful man in town and that his rabid squadrons of loyal cops would crack your head with a billy club for looking at them funny. I didn’t realize at the time that he was the last of a breed, what a biographer would call The Last Big Man in Big City America.

Frank Rizzo died of a heart attack in 1991 in the midst of his fifth campaign for mayor. The Wooden Shoe anarchist bookstore still exists. But last week, after street rioters spray-painted all over the Frank Rizzo memorial statue across from City Hall—but failed in their valiant attempts to topple it and set it on fire—city officials quietly removed it in the middle of the night because in the midst of what is now becoming a global riot, it appears that the first duty of our municipal servants is to make things as easy as possible on the rioters.

Francis Lazarro Rizzo, Sr. was born in South Philadelphia, a former Italian stronghold which over the years has yielded ground to Vietnamese and Mexican immigrants. Although frequently defaced, a giant painted mural of Rizzo gazed over South Philly’s Italian market for years. Shortly after the Rizzo statue came down, it was announced that the Rizzo mural’s days were also numbered. The political radicals that Rizzo clashed with his entire life have managed to dig up his corpse for the sheer sadistic thrill of murdering it again.

Sample quotes should give you a taste of his uniquely Philadelphian brashness:

They should be strung up. I mean within the law. This is actual warfare.
—Regarding the Black Panthers circa 1971

I never saw my mother or father without clothes on. My children never saw me without mine on. What are these books trying to do?

I’ll give you $5 for every liberal who jumps off the Walnut Street Bridge when I’m elected.
—said during his 1972 mayoral campaign

Now we’re equipped to fight wars. We could invade Cuba and win.
—Regarding the degree to which he militarized the Philadelphia Police Department

The streets are safe in Philadelphia. It’s only the people who make them unsafe.

A conservative is a liberal who got mugged the night before.

I like art. It was us Italians who started most of it.

Just wait after November, you’ll have a front row seat because I’m going to make Attila the Hun look like a faggot.
—Regarding his planned revenge against leftist radicals who opposed his 1975 reelection bid

I’m asking white people, and blacks who think like me, to vote Frank Rizzo. I say vote white.
—During a 1978 attempt to change the city charter to allow him to run for a third term

If I were you, I’d grab one of those big baseball bats and lay right into the sides of their heads.
—Quoted in the Philadelphia Bulletin in 1975 regarding how citizens should treat criminals

That moldy group that look like they need a bath—they day that they control this city or the country, then we’re in trouble!
—regarding radicals and black nationalists who opposed his 1978 attempt to change the city charter and run for a third term

As wonderful as all those quotes are, for me and many others who’ve grown to love Frank Rizzo in ways we never imagined possible in the late 1970s, the quintessential Rizzo moment was when a TV crew accosted him in his neighborhood while he was walking his dog. Rizzo promptly offers to return his dog to his house and fight the reporter and his crewmen singlehandedly:

That dago had quite a pair o’ meatballs on him!

Of course Rizzo has become a convenient bête noire amid the current anti-cop histrionics. His father Ralph was the first Italian cop in Philadelphia history. As a gung-ho vice rookie who joined the squad in 1943, he earned the nickname “The Cisco Kid.” Later on, as his power grew, other cops referred to him as “The General.” He was known for harassing gays and beatniks in the 1950s, then moving on to harass hippies and blacks in the 1960s. At some point while the city’s chief cop, he famously ditched a black-tie banquet to appear at the scene of urban unrest in South Philly while wearing a tuxedo that showed his nightstick poking up from his jacket. And he has repeatedly been blamed for a subordinate cop’s infamous August 1971 decision to strip Black Panthers naked in the streets while press cameras clicked away simply to humiliate them in front of their own neighborhood. Rizzo was asleep at the time, but he never disavowed the incident—in fact, he bragged that the attempted humiliation was successful.

Perhaps Rizzo’s most infamous action as mayor was his 1978 decision to lay siege to the West Philadelphia compound of a black-nationalist group that called itself MOVE, promising them “more firepower than they’ve ever seen.” Members of MOVE all used the surname “Africa”—John Africa, Delbert Africa, etc.—and lived in such self-consciously Third World squalor that even their black neighbors complained. After MOVE ignored an eviction notice, Rizzo’s boys moved in, firing water cannons into the house to force the issue.

One police officer was killed in the battle; sixteen other policemen and firefighters were injured. No one from MOVE was killed as a result of Rizzo’s siege. That wouldn’t happen until seven years later, when a city helicopter dropped a bomb on the MOVE compound and incinerated three city blocks in the process, killing nine MOVE members.

But by that point, Rizzo was no longer mayor. He’d lost the most recent Democratic primary to Wilson Goode, who would become the city’s first black mayor. It was actually a black mayor who oversaw the most brutal official attack on black citizens in the city’s history.

Now that the Frank Rizzo statue is gone, so is everything he symbolized about the city he once ruled. His heart might have been warmed to see that in the centuries-old working-class Irish neighborhood of Fishtown last week, hordes of white men wielding baseball bats formed a neighborhood-protection group that officials and journalists immediately blasted as somehow more dangerous than the rioters and looters who’ve been burning down the city.

But the statistical fact is that when it comes to numbers, Fishtown’s chubby vigilantes are overwhelmed by the vengeance-seeking blacks perched nearby in the deep, dark, seemingly endless ruins of North Philly. And nearby Kensington—another legendarily scrappy working-class white Philly ’hood—has become so ravaged by the opioid crisis that it’s known as the “Walmart of Heroin.”

The crumbs, creeps, and cowards have won.