The Power of Paranoia 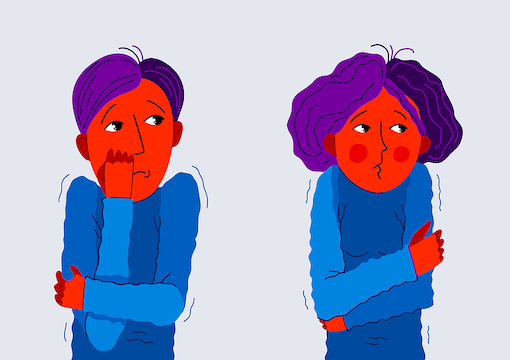 Everyone is agreed that the COVID-19 pandemic drove people mad, but there is disagreement over who the madmen were, itself another cause of ferocious argument: a kind of meta-madness, as it were.

I am still not clear in my mind what I would or should have done if I had been in charge (would have done and should have done being very different, in all probability), or whether my darling scheme of concentrating efforts exclusively on those at significant risk would have worked.

What constitutes significant risk is, of course, not a purely scientific question. So-called listening to the science can never be enough—quite apart from the fact that the science does not exist where there are still many unknowns. It is not true that no scientific truths are indisputable: No one seriously expects it to be discovered, for example, that the blood does not circulate in the body. But even in the treatment of well-described diseases there are an infinite number of unanswered questions that could be asked.

“We are often more attached to our view of the world than to the world itself.”

In an effort—that will probably be unavailing—to clear the fog in my mind about the pandemic, a friend of mine kindly gave me a book to read, Covid by Numbers: Making Sense of the Pandemic With Data by David Spiegelhalter and Anthony Masters. Professor Spiegelhalter is one of the most prominent medical statisticians in Britain, and he and his coauthor immediately give the impression of disinterestedness in the sense of not having anything a priori that they want to prove, for example that the whole episode was from the first a conspiracy by x, y, or z.

This impression of intellectual honesty was strengthened by a footnote on page 252, very near the end of the book:

On 16 March 2020, D[avid] S[piegelhalter] wrote down (though he did not say publicly) that he was 65% confident there would be between 5,000 and 15,000 deaths from Covid-19 in the UK, like a moderate flu season, and gave only a 10 per cent chance to there being more than 15,000 deaths. He displayed chronic optimism. His figure of 15,000 was, alas, out by an order of magnitude: not a slight error for a medical statistician.

How many of us would be willing to admit our mistakes with such frankness, even to ourselves? Not many, perhaps because we are so unwilling to admit the unpredictability of the world. We want it to be fully comprehensible, and thereby foreseeable, especially by us. In addition, we are often more attached to our view of the world than to the world itself. Giving up a worldview is more difficult than giving up a bad habit.

That is why conspiracy theories are so attractive to us. We want the world to be tractable, and for events to have been wrought by human design, even if those who do the designing are evil. In fact, it is really quite reassuring that the bad things that happen in the world must be by evil design (as, of course, some of them are). This gives us the hope that, by removal of the evilly disposed persons, the world may be made perfect. Besides, searching out evil is fun.

Feeling persecuted is also gratifying in a way. If one is persecuted, someone must think that one is worth persecuting. I remember a patient who had believed for years that he was at the center of a giant conspiracy involving the great powers of the world. I declined even to try to treat him because if the treatment worked, which was possible but not certain, and he lost his delusions, he would be left with the realization that he had wasted years on complete nonsense, and that it was now too late to restart his life. Moreover, he would be obliged to recognize that, far from having been a person of immense importance who had been the focus of the attentions of the great ones of this earth, he had all along been an insignificant little man in rather wretched lodgings, eking out his existence from hand to mouth. His life with his delusions had, at least, been full of interest and incident; and every time an aircraft flew overhead, or a car passed in the street, it was spying upon him. The enemy kept him busy, evading the poison they were insinuating into his food via the supermarket and the rays they were directing at him via the electric plugs; every trip to the local shops was fraught with danger, necessitating the exercise of the utmost caution. Every time he returned home intact from the purchase of a pint of milk, he could congratulate himself on having outwitted the enemy.

What life could I offer him by comparison with this? Only poverty and boredom.

We are none of us very far from paranoia. If you doubt this, go into a social gathering in which people are speaking a language that you don’t understand; and if, as you enter, there is an outburst of laughter, you will probably think, before you can stop yourself thinking, that they are laughing at you. Very slight physiological disturbances, as well as many drugs, can cause or unleash paranoia. It is as though the lizard brain were awaiting its chance to emerge into the psychological daylight after having hidden in the dark recesses all this time, like Mr. Hyde hiding from Dr. Jekyll.

Humanity’s future is generalized paranoia, of course, because every individual will soon be (if he is not already) traced and followed to an extent not dreamed of by the patient whom I have described above. I feel paranoia creeping up on me. For example, the other day I mentioned in conversation that I would like to visit a certain place, and lo and behold, the next time I turned on my telephone (it had been within earshot, so to speak, but not turned on), I received advertisements about how to get there and what to do once I had arrived.

Was this coincidence? Possible, I suppose, but it is impossible to work out the odds without knowing the initial conditions. And we are all worth following because we can all be sold something.

Soon we shall all need antipsychotic medication just to feel (though not to be) free.