The Power of the Pen 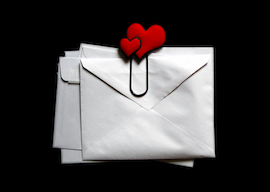 The troubles with the modern world are too numerous to list, technology being among the worst offenders. Just imagine how much better off we’d be if there were no plastic bags to pollute our oceans and rivers, no soulless supermarkets but proper butcher shops, no imported European foods but homegrown lettuce from local farmers, and so on.

Just imagine how much smarter we’d all be if television had never been invented. Books would be read at night and on weekend afternoons instead of us watching mentally retarded people asking moronic questions from even worse know-nothings than themselves for the amusement of the dumbest of them all, TV watchers. Better yet, what a wonderful world this would be without Facebook and Twitter, two inventions of crooks and liars who are probably doing more harm to the human race than cancer.

The worst of all inventions, however, has to be texting—how does one send a love letter to a girl by text? Personally I don’t text, tweet, or appear on Facebook, Instagram, or any other such self-promoting con job. The trouble is, most women would not understand a love letter nowadays, and most men would be unable to write one. And the loss of love letters is probably the biggest crime against civilized living that scum like Zuckerberg & Co. have committed.

One lady of my acquaintance once wrote that in a case of fire she would save her love letters and to hell with her jewelry. (You can always get new jewels.) She called love letters the campaign medals of youth, infinitely varied in design and execution. (She was obviously a hell of a writer, too.)

“How does one send a love letter to a girl by text?”

Personally, I have not received many love letters, but I have sure sent my share. All of them have been written at night, under the influence and dying from what I perceive to be unrequited love. In a love letter, punctuation and grammar don’t matter all that much; the tone is all. In fact, if the besotted one wrote a perfectly constructed epistle, he or she would not be as besotted as they think they are.

The effort required to convey one’s feelings with precision is what makes the love letter difficult to write. John Keats, that most tragic and greatest of poets, was as good in his love letters to Fanny Brawne as he was in his poems. Because the love letter is a poem of sorts, a fine madness that compels the writer to say things he or she would otherwise never say. Napoleon’s letters to Josephine were nonstop and whining, and as usual, Napoleon was right. While he was fighting in Italy and Egypt she was being unfaithful.

Because of modern technology, the love letter has now gone the way of good manners. Young people, or even old for that matter, on their mobiles simply cannot envision themselves writing a love letter. Everyone wants instant gratification, and the love letter takes time and effort. And it’s a great pity. Love letters stay forever; telephone calls are gone with the dawn and text messages also. Love letters in whatever form are still irresistible. I learned my lesson early on and began scribbling like mad.

My first successful letter was to Linda Christian, a great beauty who had just divorced the equally great-looking Tyrone Power. The year was 1956 and I was a freshman at the University of Virginia and had just pledged St. Elmo. It worked, turning me into a demon love-letter writer. I invented many lines throughout the past sixty years of chasing women, but I think the one that has served me best was one my father used all the time: “Heaven without you would be too much to bear, and hell would not be hell if you were there.”

So, if anyone under 99 years of age reads this and is still pursuing the opposite sex, go out and buy some fancy stationery, and use a pen and ink, no disposables, and let it all hang out…within reason. Not too much information; stay romantic—even corny, and apologize for it. Good luck. Oh yes, I almost forgot: Get off Facebook, don’t text, no Twitter, and if you really want to be happy, throw your TV set out the window, preferably while there’s a parade for equal rights taking place below.