The Prince and the Hip-Hopper 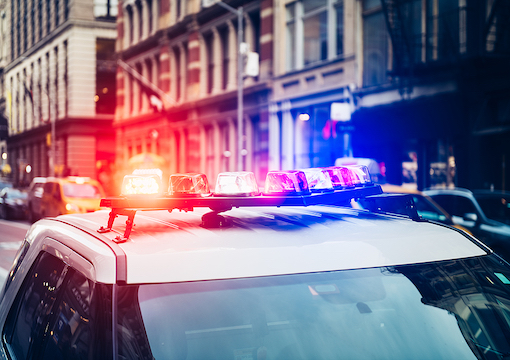 NEW YORK CITY—Ha, ha! What London turned down, the Bagel accepted with alacrity, namely the poor little Greek boy. And it took ten minutes max after disembarking to go through customs and collect my luggage. Kennedy had less people than a gay wedding in Saudi, and then some. Mind you, the Upper East Side where I live is also quiet as a grave, the only sound the occasional ambulance siren racing for a tea break. Central Park, now devoid of tourists, has never looked better, weeping willows with recently spouted leaves, birds singing along an empty Park Avenue, the long green lawns stretching out northward, cherry blossoms galore—it makes one feel swell to be alive. All last week, up before sunrise and training in the park, I thought back of the years when sunrise only meant a struggle to get home. I don’t regret a thing, but still, it’s strange but nice to feel good early in the morning. And notice nature at her best, without pests (people) getting in the way.

Uncharacteristically, the golden geese are fleeing south in April, and by that I mean the fat cats have fled and are fleeing to Florida and other points south, leaving the muggers, the homeless, the gang members, and Taki behind. Tax-heavy, high-cost Bagel may be a magnet for criminals but a turnoff for banks and investment houses that are drawn to low-tax states like Florida and Texas. Here are the facts: Crime and disorder are way up, homicides have spiked to 46.7 percent, and shootings 97 percent. It is the largest increase in at least sixty years. New bail laws turning every criminal suspect loose have emptied the jails. Homelessness has hit a level unseen since the Great Depression. The Bagel has 80,000 homeless, some of them parked outside glitzy Park Avenue abodes like mine.

“I don’t know how many of DMX’s fans had ever heard of Prince Philip, but his fans are part of the now-ruling minority.”

Taxes are exorbitant and going up fast. Sales taxes are the highest in the nation, as is the cost of living. What do Bagel dwellers get in return? From what I’ve seen, soaring crime, the mentally ill and the homeless occupying public spaces, and a nonstop campaign by the news media against white supremacists, a species I have yet to encounter in the mean streets of Noo Yawk. So what am I doing here when I could be living among the cows in good old Helvetia? Well, it’s a bit like slumming, what we used to do when we were young and went up to Harlem looking for trouble. Top businesses are looking for the exits, yet the clowns who rule the Bagel have just pushed through a massive new fund of 2.1 billion smackers for illegal immigrants, and they are also pushing hard for them to legally vote. As in the case of the BBC back in Blighty, there is a chasm between the blow-dried types who report the news and the schmucks who pay for their blow-dries. Thousands of empty storefronts, dirty streets and unsafe subways, black-on-black crime through the roof, and anarchy during BLM rallies, but the news reports are mostly about law enforcement being a racist occupying force that should be resisted.

I wonder how it will all end. The degenerate New York Times’ pages are stuffed with long boring articles about how witnesses to George Floyd’s death are traumatized and suffering. They are tormented that they couldn’t change that day’s course. Not a word about the deaths of those innocents following the riots by BLM thugs. Also, nary a word about mobs that descend on female police officers’ squad cars as I write and subject them to threats and obscenities. Incidentally, the rapper DMX, who died of an overdose on the same day as Prince Philip, shared a front-page picture in the moribund Daily News, which in a way illustrates the Bagel’s values. (The New York Post featured a full page of the Prince.) The degenerate Times included the Prince’s death in the bottom of its front page, next to that of DMX’s, and mentioned that the royal family was “buffeted by scandal.” DMX had fifteen children with nine women, and when asked how he picks the women he wants to breed with, he said that he was like a dog: “I sniff their a– and wag my tail.”

I don’t know how many of DMX’s fans had ever heard of Prince Philip—or of the U.K., for that matter—but his fans are part of the now-ruling minority. Since 2008 blacks and Hispanics have constituted 95 percent of shooting victims, but they have also constituted the overwhelming majority of shootings and homicides, 97 and 91 percent, respectively. Yet the news media do not report such figures, only the Murdoch-owned Post and Wall Street Journal do. If one looked on television for information, they would not be wrong to think the country is inhabited by a 10 percent white populace that terrorizes the rest of the 90 percent of blacks and Hispanics. Exterminate All the Brutes is the latest ambitious project of a Haitian man, Raoul Peck, one that charts Western racism, colonialism, and genocide. It started with Christopher Columbus, a white son of a bitch who discovered paradise and turned it over to white brutes like some of us. I haven’t seen it as I only watch TCM, a network that shows black-and-white flicks of the ’40s and ’50s. Someone needs to beat some progressive sense into me.